Nissan commits $17.6B spending for electric cars over 5 years 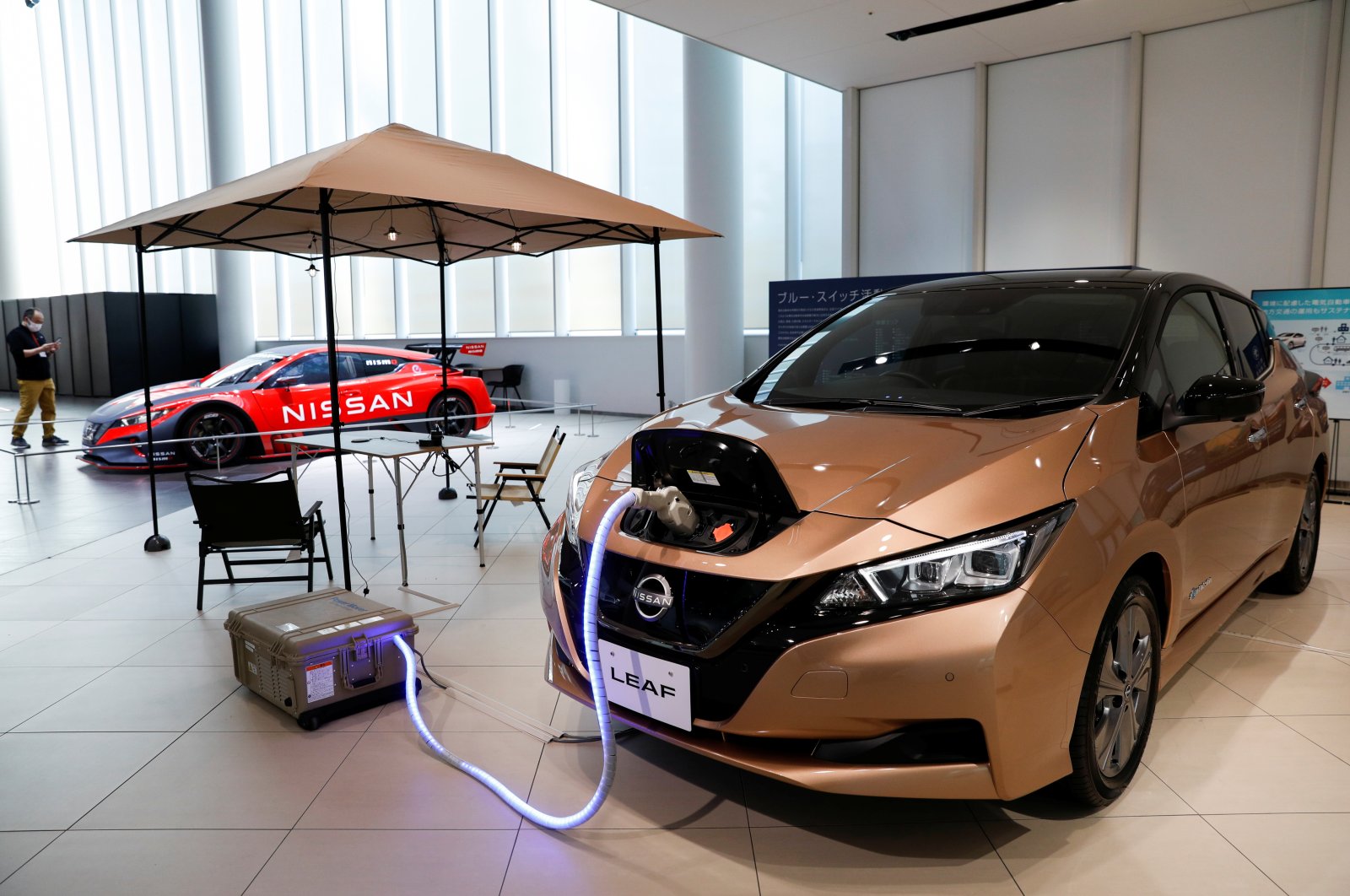 Japanese carmaker Nissan will spend 2 trillion yen ($17.59 billion) over the next five years to accelerate vehicle electrification, the company announced Monday, aiming to catch up with rivals in one of the fastest growth areas for the automobile industry.

This is the first time Japan's No.3 automaker, one of the world's first mass-market electric vehicle (EV) makers with its Leaf model more than a decade ago, is unveiling a comprehensive electrification plan.

Nissan will be spending twice as much as it did in the previous 10 years for a share of the EV market as rivals, including Toyota and newer entrants such as Tesla, move ahead with their electric-car plans.

Nissan said on Monday it will introduce 23 electrified vehicles by 2030, including 15 electric vehicles and wants to reduce lithium-ion battery costs by 65% within eight years. It also plans to introduce potentially game-changing all solid-state batteries by March 2029.

"We will advance our effort to democratize electrification," he said in an online presentation.

Some analysts were unimpressed with Nissan's plan, noting it was already behind rivals in the electrification game.

Masayuki Otani, senior analyst at Securities Japan Ltd, also said auto stocks were falling on Monday because of market concerns about a new coronavirus variant and the impact it could have on production plans.

"Nissan's long term vision comes at a time when the market is perhaps not receptive to it. It can be said that it represents a huge increase in investment, it feels cautious," he said.

Shares of Nissan fell as much as 5.1% on Monday, underperforming its major rivals. They were down 3.8% in afternoon trading.

Although still only a small portion of vehicles on the road, global electric car registrations in 2020 grew 41% even as the overall car market contracted by almost a sixth, according to the International Energy Agency (IEA).

At the U.N. climate summit in Glasgow this month, major carmakers, including General Motors and Ford, signed a declaration that committed them to phase out fossil fuel vehicles by 2040.

Nissan, however, has not committed to abandoning gasoline vehicles. It said on Monday half of its vehicles mix will be electrified by 2030, including EVs and its e-Power hybrids.

As it readies to compete for the growing demand for EVs, Nissan in July pledged $1.4 billion with its Chinese partner Envision AESC to build a giant battery plant in Britain that will power 100,000 vehicles a year including a new crossover model.

Rivals, including Toyota, which also declined to sign the Glasgow pledge, are also ramping up their battery production.

The world's biggest automaker by production volume plans to have 15 battery electric vehicle (BEV) models globally by 2025 and will spend $13.5 billion by 2030 to develop cheaper, more powerful EV batteries and their supply system.

Toyota said it is aiming to introduce solid-state batteries by the mid-2020s.

Those power packs are attractive to automakers because they are more energy dense and less prone to catching fire than liquid lithium-ion power packs. They are, however, prone to cracking and currently are more expensive to produce.

Nissan said its goal is to bring the cost of solid-state batteries down to $75 per kilowatt-hour (kWh) in 2028 and further cut it to $65 per kWh in the future to make them competitive with gasoline vehicles.