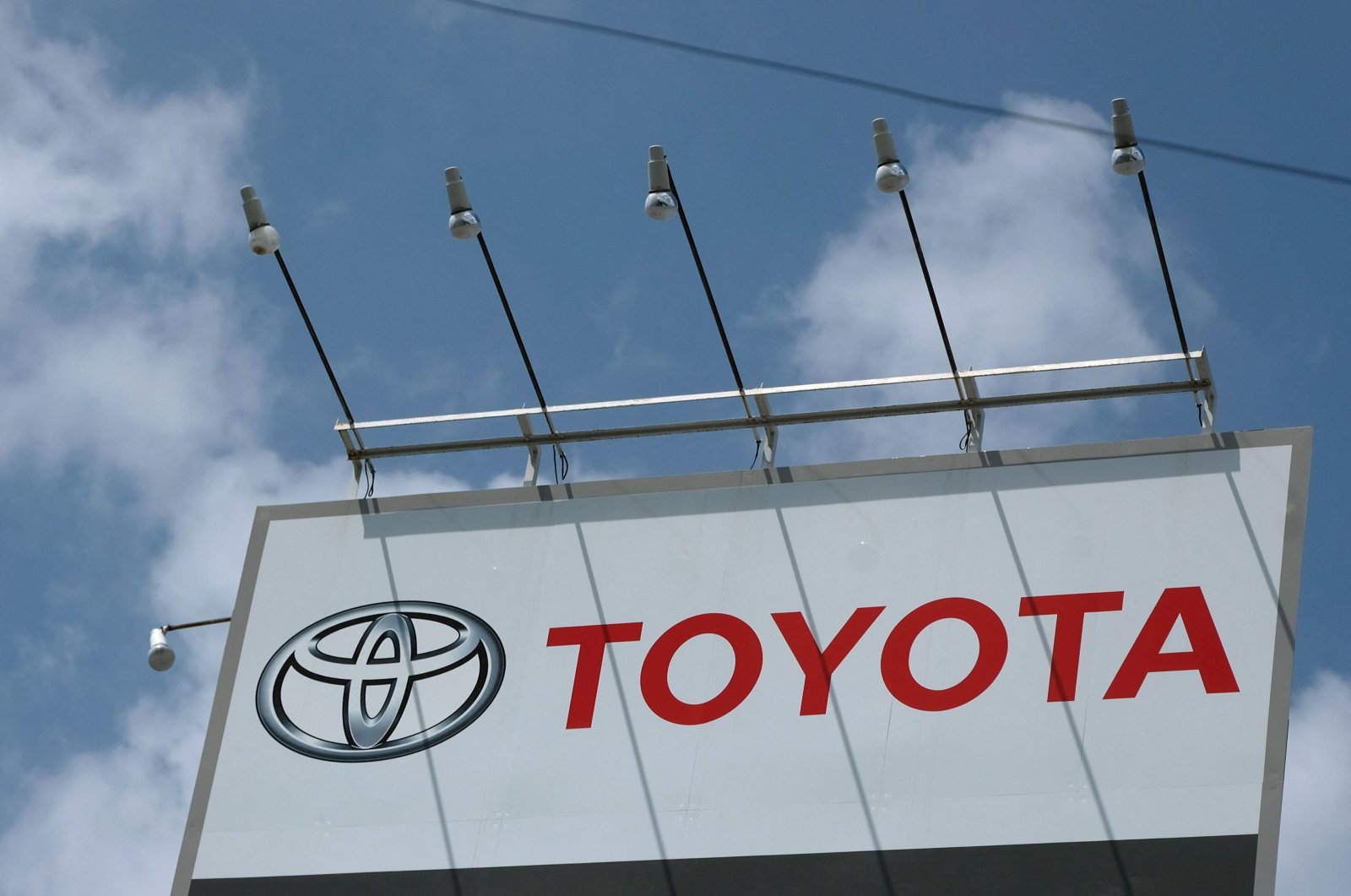 The logo of Japan's Toyota Motor at a company dealership in Tokyo, Japan, Aug. 6, 2020. The world's top-selling carmaker Toyota has come joint last in a Greenpeace ranking of carbon emission efforts by auto firms, according to a list published on Nov. 4, 2021, during the COP26 climate summit. (AFP Photo)
by French Press Agency - AFP Nov 03, 2021 7:47 pm
RECOMMENDED

The COP26 climate summit has issued a list Thursday that has placed the Japanese carmaker Toyota along with a U.S. firm last for their carbon emission efforts among auto firms.

The campaign group gave Toyota and U.S.-European firm Stellantis "F minus minus" grades for decarbonization efforts including phasing out engines that burn planet-warming fossil fuels in favor of electric vehicles.

Minimizing carbon emissions in the supply chain and reusing or developing greener technology for car batteries were among the factors examined in the report that compared 10 major automakers.

General Motors received the least damning rating with a C- grade, followed by a D for Volkswagen and D- for Renault.

All the other firms, including Ford, Honda and Hyundai-Kia, were rated F plus or minus.

The Japanese giant is also "most vocal in such advocacy, domestically and abroad," Kong said in a statement.

Toyota, which releases its earnings later Thursday, said in September it would invest 1.5 trillion yen ($13.2 billion) in batteries for electric and hybrid cars by 2030.

It declined to comment ahead of the publication of the emissions report, in which Greenpeace urged automakers to embrace fully-electric vehicles.

"Some Japanese companies, such as Toyota, are confident that hybrid technology is an effective alternative to the internal combustion engine," the report said.

"However, the real-world emissions reduction and fuel economy of hybrid vehicles are not as good as expected," it said, noting that plug-in hybrids only reduce emissions by an estimated one-third, compared with petrol or diesel cars.

The assessment came as world leaders met in Glasgow this week as part of the COP26 climate conference – billed as vital for the continued viability of the 2015 Paris Agreement, which set a goal of limiting global warming to 1.5 degrees Celsius (2.7 degrees Fahrenheit).

Greenpeace said none of the 10 auto firms had announced plans to phase out combustion engines before 2035, which would make the 1.5-degree goal "almost impossible."