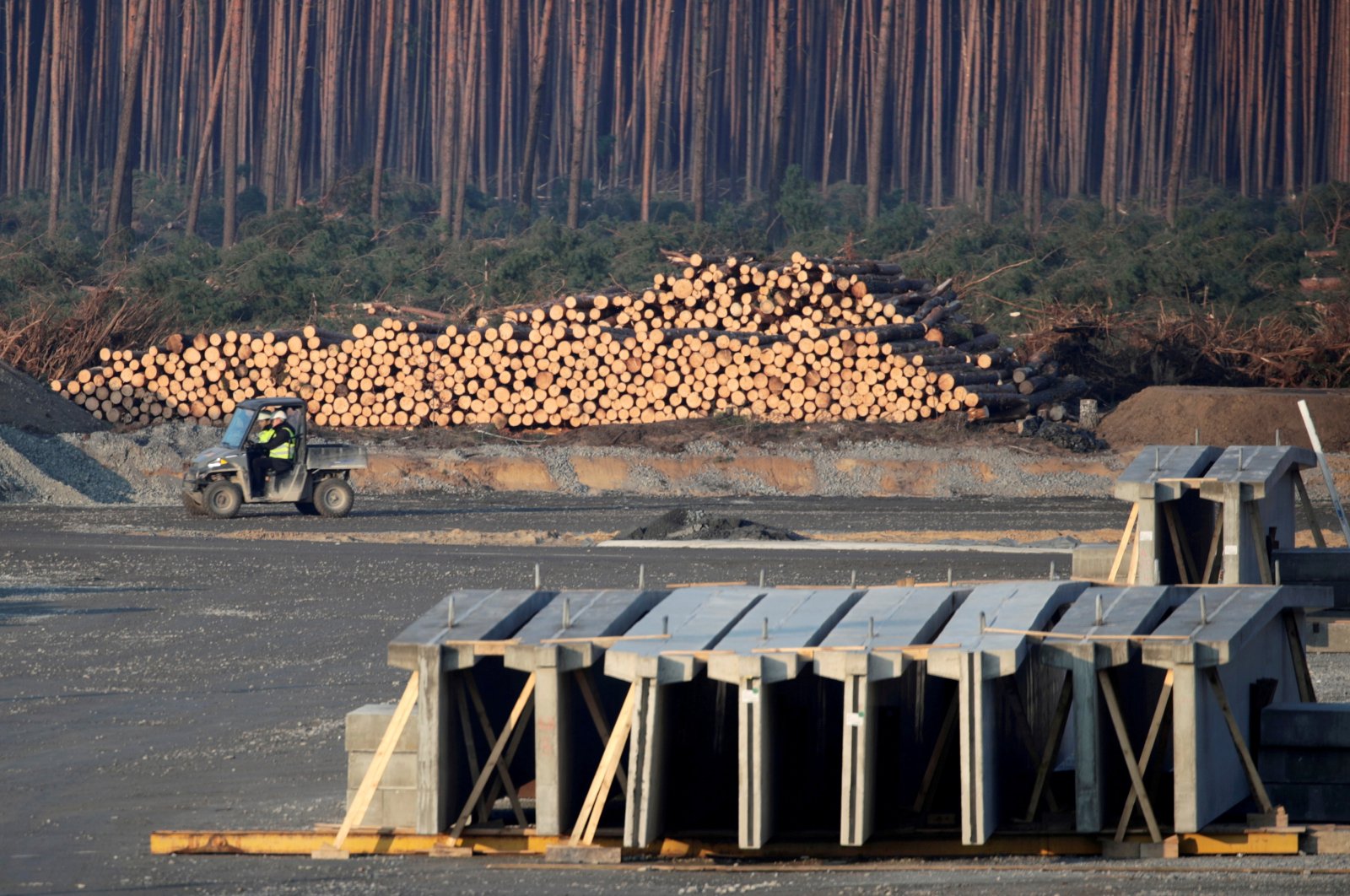 It was "particularly irritating" for Tesla that 16 months after it filed its application, there is still no schedule for issuing final approval. The "most glaring problem," Tesla argued, is that in current procedures and laws, projects that fight climate change and those that accelerate it are treated equally.

"If these obstacles are not dealt with quickly, there is a high risk that Germany will miss its climate targets," the company added, as it backed a legal case against the government by Environmental Action Germany (DUH).

Arguing that its own experiences with German bureaucracy would be relevant to the case, Tesla said that Germany needed to "modernize itself" if it were to meet its target of reducing emissions to 55% of 1990 levels by 2030.

Tesla aims to produce 500,000 electric vehicles a year at its first European mega factory just outside of Berlin, which is slated to begin operations in July this year.

The new site still only has provisional construction permits, but Tesla has been authorized by local officials to begin work at its own risk, pending final authorization.

Authorities in the state of Brandenburg, where the factory site is located, were skeptical about the proposal. The state government said while approval procedures should be sped up "where appropriate," there could be no legal distinction between "investments that are seemingly climate-friendly or harmful because the law is not divisible."

Permission has been repeatedly delayed by a series of claims lodged against the company by local environmental groups relating to issues such as water supply and the relocation of wildlife.

Yet Elon Musk's company insisted in the letter that Tesla Gigafactory Berlin-Brandenburg should be seen as a project which "helps fight climate change."

The carmaker set out 10 reform proposals to improve German approval procedures, including more digitalization and faster procedures for projects judged to be sustainable.

It also backed the legal action by DUH, which is aiming to require the government to impose stricter measures in order to meet its climate goals.

"This unusual step will bring ideas and impulses from outside into the discussion in Germany about our oversized bureaucracy," he said.

Yet he also said that DUH did not agree with everything Tesla had put forward, and warned that nongovernmental organizations and activist associations should remain involved.

DUH is known in Germany for its partially successful campaign to ban diesel vehicles from city centers and is not affiliated with environmental groups that have brought claims against the Tesla factory.