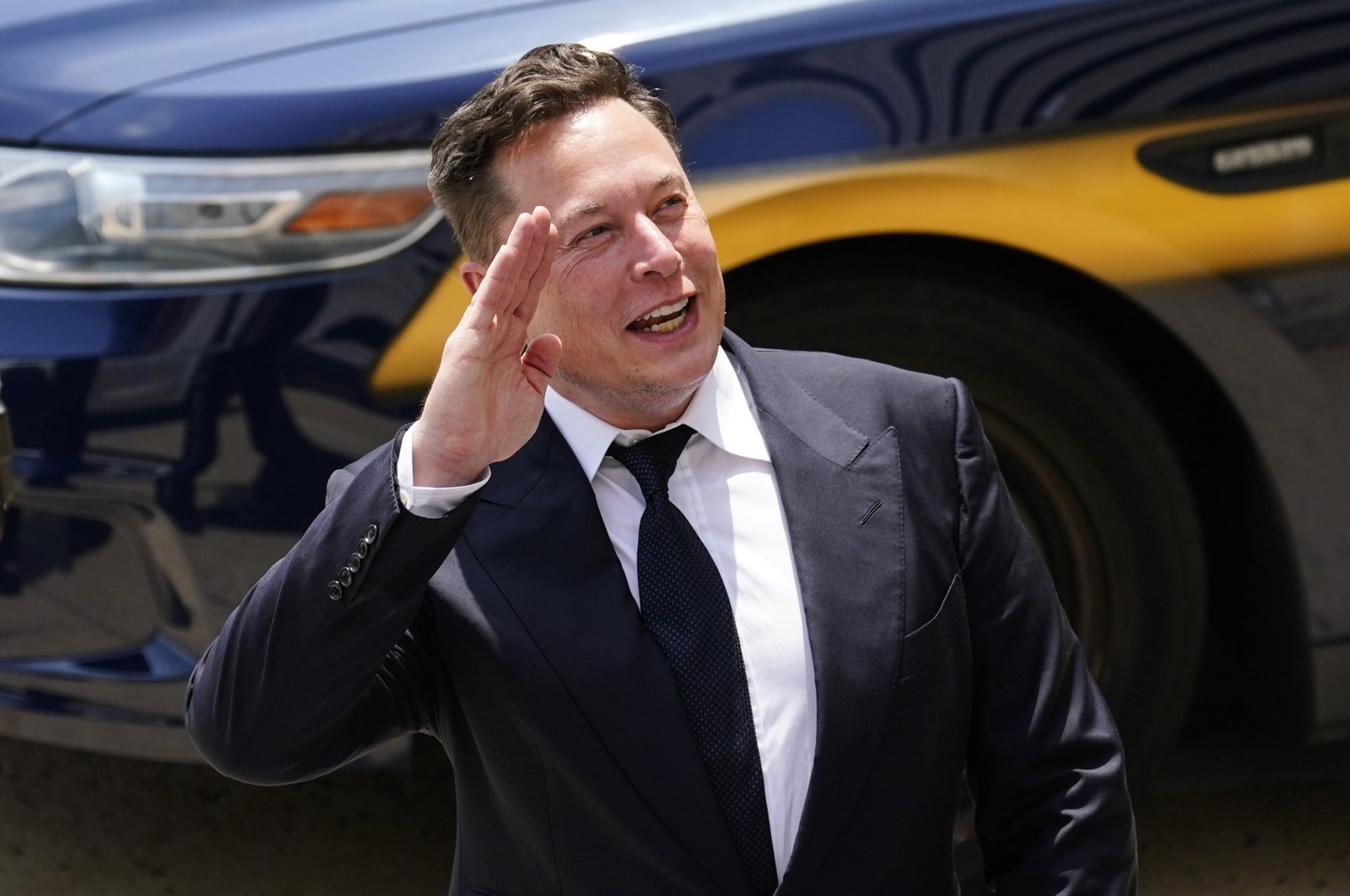 Tesla shares fell nearly 3% in early trading Monday after CEO Elon Musk said he would sell about a 10th of his holdings in the electric carmaker based on the results of a poll he conducted on Twitter over the weekend.

Musk, the world’s richest person, tweeted on Saturday that he would offload 10% of his stock if users of the social media network approved the proposal.

The Twitter poll asking Musk’s followers if he should sell stock garnered more than 3.5 million votes, and 57.9% of the people voted “Yes.”

Much is made lately of unrealized gains being a means of tax avoidance, so I propose selling 10% of my Tesla stock.Do you support this?

The sometimes abrasive and unpredictable Musk had previously said he would have to exercise a large number of stock options in the next three months, which would create a big tax bill. Selling some of his stock could free up funds to pay the taxes.

His proposal of selling the stock comes as some Democrats have been pushing for billionaires to pay taxes when the price of the stocks they hold goes up, even if they don’t sell any shares.

It’s a concept called “unrealized gains,” and Musk is sitting on a lot of them with a net worth of roughly $300 billion.

“I only have stock, thus the only way for me to pay taxes personally is to sell stock,” Musk wrote along with his poll. “I was prepared to accept either outcome.”

Last week, Tesla shares hit an all-time intraday high of $1,243.49 per share. It’s the most valuable carmaker in the world with a market capitalization of more than $1 trillion.

Market participants expected speculators would try to front-run his selling. Musk’s stake in Tesla was about 170.5 million shares as of June 30, and a 10% sale would amount to about $21 billion based on Friday’s closing price, according to Reuters calculations.

Including stock options, he owns a 23% stake in the world’s most valuable car company.

In the three months to Nov. 4, company insiders at Tesla sold $259.62 million worth of shares, excluding dispositions of indirectly held shares, according to Refinitiv data.

Musk’s poll follows a proposal by United States Senate Democrats to tax stocks and other tradeable assets of billionaires to help finance President Joe Biden’s social spending plan and fill a loophole that has allowed the rich to defer capital gains taxes indefinitely.

“The last thing you do when offloading a massive exposure is to reveal your hand,” said Chris Weston, head of research at broker Pepperstone in Melbourne.

“The buyers tend to step away when you have an overhang like this, but this is no ordinary story and is Musk’s way of getting back at the proposal to tax the elite with gains on unrealized profits.”

“The dip isn't going to last too long, because Tesla has had such a phenomenal record of bouncing back from these sort of selloffs,” said David Madden, markets analyst at Equiti Capital in London.

Known for his Twitter banter, announcements and lively interactions with followers, Musk has had his share of run-ins with financial regulators.

The billionaire was fined $20 million by the U.S. Securities and Exchange Commission (SEC) for tweeting in 2018 that he was considering taking Tesla private at $420 a share and had secured funding. The SEC also asked him to step down as chairperson.

Investors will keep an eye on any response from the regulators on Musk’s Twitter poll, especially because the regulator had ordered Tesla to vet any material public communications Musk made regarding the electric vehicle maker, following his 2018 tweet.