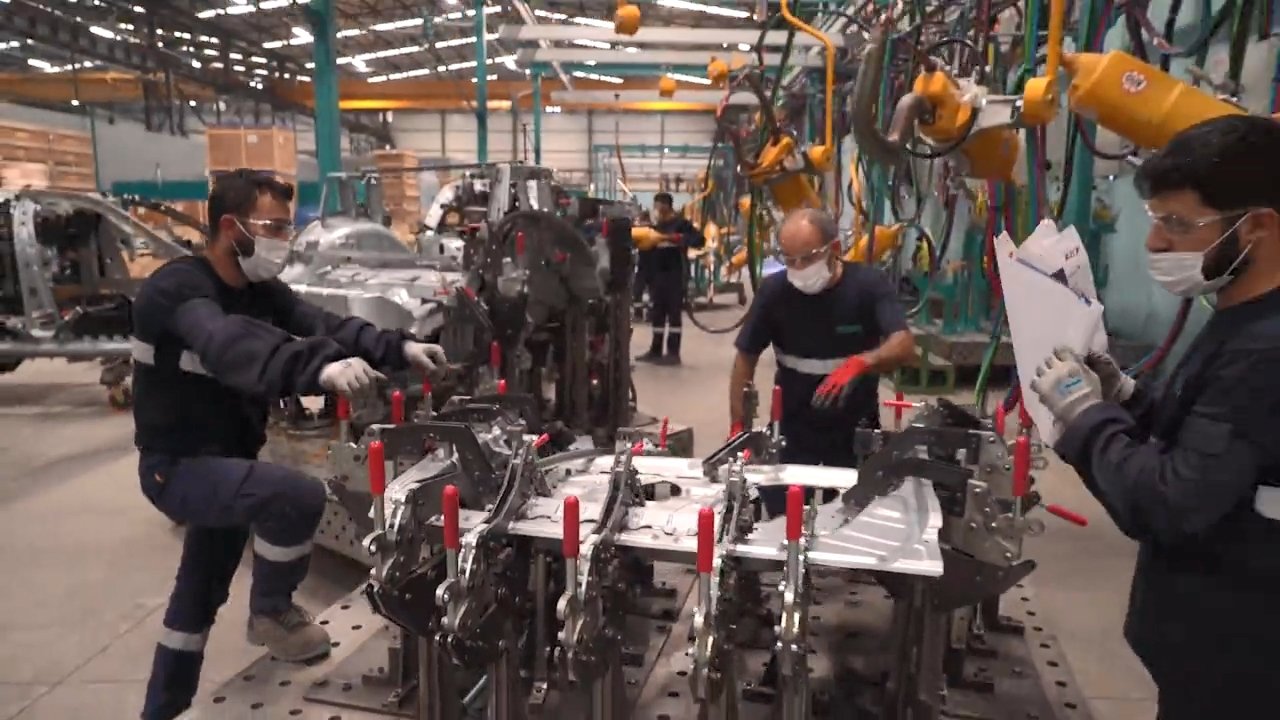 In a social media post that included a video about the tests, it said: “Testing processes, one of the most important stages of our product strategy, started at accredited test centers in different locations. Chassis prototype road test, strength test, aerodynamic and aeroacoustic tests continue in line with our plans.”

Last week, the country’s first automobile rolled off the assembly line and hit the track in Istanbul in what appeared to be an acceleration test as part of the latest work on the project.

TOGG was launched on June 25, 2018. It is led by former tech-giant Bosch executive Mehmet Gürcan Karakaş, who was appointed CEO in 2018.

Construction of TOGG’s engineering, design and production facilities began on July 18, 2020. Built on an area of 1.2 square kilometers (0.46 square miles) in the Gemlik district of northwestern Bursa province, the facility is scheduled to be complete in early 2022.

The homegrown car will reach 80% charge in under 30 minutes thanks to its fast-charging capabilities. It will have a range of between 300 to 500 kilometers (186 to 310 miles).