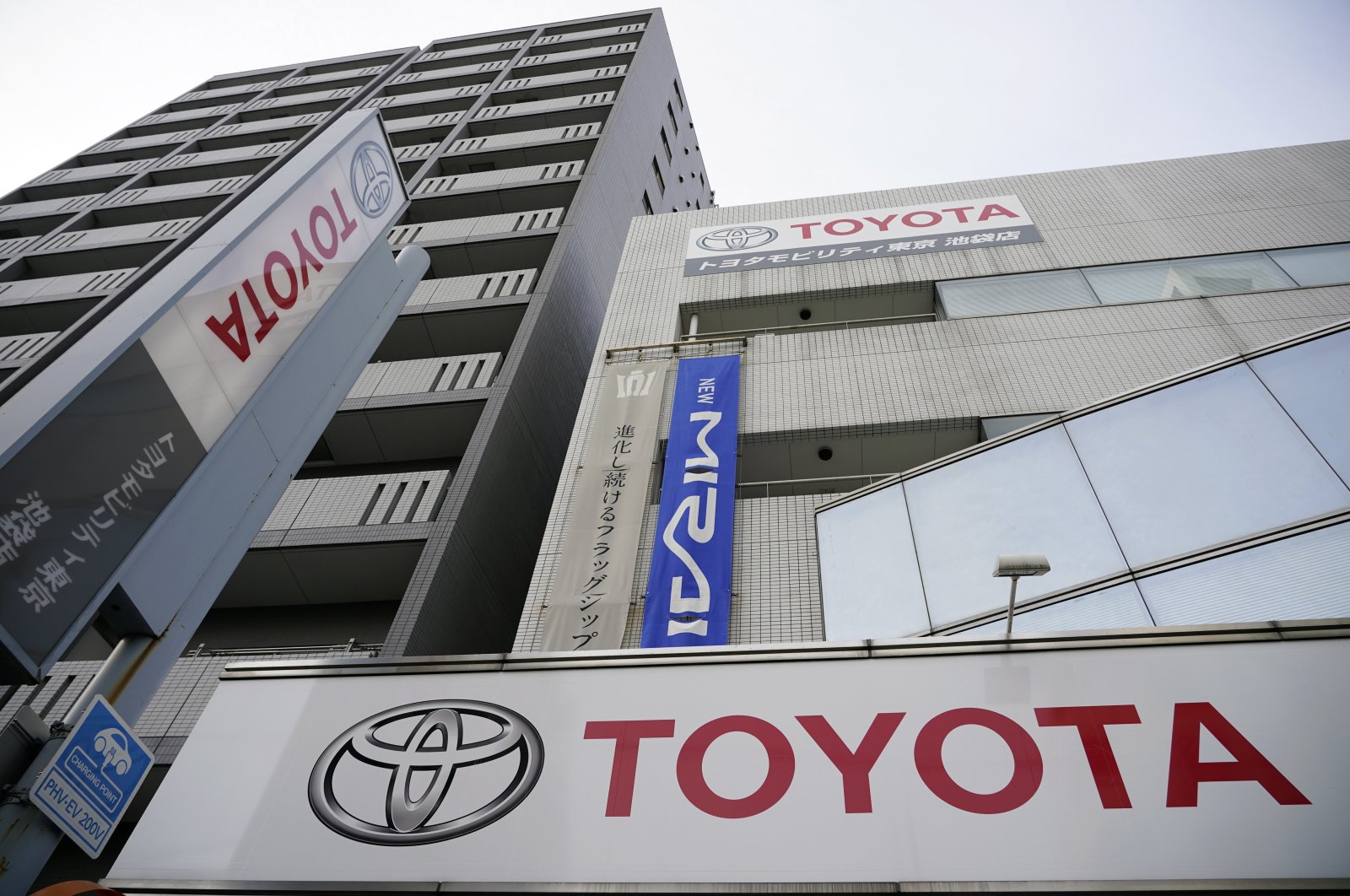 The world's top carmaker said it made 838.7 billion yen ($8 billion) in the three months to December, compared with 559.3 billion yen a year earlier, and revised up full-year forecasts for the second straight quarter.

Net profit was at 1.90 trillion yen for the fiscal year to March, compared with its earlier estimate of 1.42 trillion yen.

The Japanese giant took the lead despite a decline in global sales of more than 10% as the auto industry suffered the effects of the coronavirus pandemic.

Analysts said it was bouncing back quicker than competitors from the effects of the global economic crisis caused by the pandemic.

The pandemic has taken a heavy toll on the global auto sector, but demand recovered swiftly in the second half of last year, most notably in the U.S. and China.

"Japan's auto industry showed a steady performance as major markets are recovering from the negative impact of the new coronavirus globally," Takada said.

"But we should not be too optimistic as the current shortage of semiconductors is forcing carmakers to cut back production."

But Nissan and Honda downgraded their sales forecasts for the current fiscal year, citing in part the chip shortage.

Toyota said the shortage was not causing output reductions, and sales for the third quarter increased in Japan, North America and Europe, Toyota said.

It upgraded its global sales forecast to 9.73 million units for the fiscal year.

Operating officer Kenta Kon said the firm was aware it could eventually face shortages that would force output reductions "so we are closely communicating with suppliers and manufacturers."

"The chip shortage has hit wide-ranging industries around the world and is expected to last at least until the end of March," Yasuo Imanaka, chief analyst at Rakuten Securities, told AFP.

"But the impact on Toyota appears limited, compared to those on its rivals and other companies," Imanaka said.

Toyota shares, which have surged more than 35% since mid-March last year, gained 1.70% to close at 8,130 yen as investors largely welcomed the results.

Toyota said it had benefited from a jump in sales in China, which were up over 10% year-on-year, and a better-than-expected performance globally in the October-December quarter.

The last time Toyota held the top spot was in 2015, with VW edging it out in the following years.

Analysts say the firm has successfully pursued a strategy of quality over quantity in North America and China.

It has also benefited from improved ties with China's government, which is interested in Toyota's green tech, as well as brand-building in China by Japanese automakers more generally, expert say.