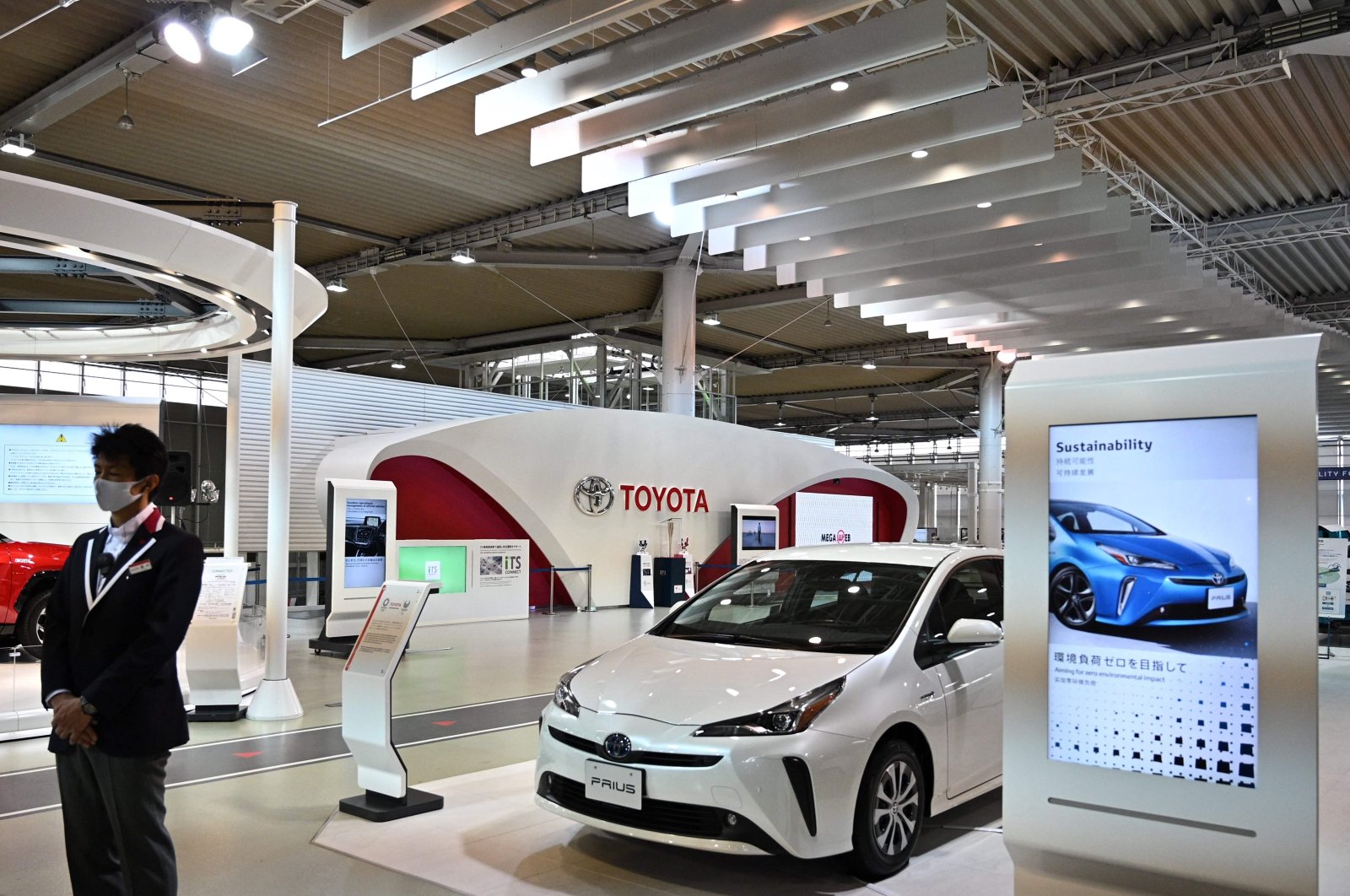 Toyota saw its net profit soar more than fivefold in the first quarter as pandemic-hit sales rebounded, but refrained from raising its full-year estimate, citing rising COVID-19 cases and a global chip shortage.

The world’s biggest automaker by vehicle sales has bounced back quicker than its competitors from the impact of pandemic lockdowns, reclaiming the top spot for sales last year.

So far, the Japanese giant has weathered a global chip shortage that has forced rivals to slash production targets, although it is now facing some disruption.

"In the first quarter, we have seen the results of our improvement activities, despite the severe business environment," Toyota said in a statement.

"We will continue these activities in the future, but the situation is still unpredictable due to the expansion of COVID-19 in emerging countries, semiconductor shortage, and soaring material prices."

But it maintained its full-year net profit forecast at 2.3 trillion yen, warning of "uncertainties in and after the second quarter."

Last week, Toyota said group global sales hit a record high for the six months to June, thanks to healthy demand for its Highlander and Camry models in the United States and Corolla and Lexus brands in China.

The figure came from a higher than an average estimate of 752 billion yen based on 10 analysts polled by Refinitiv, and well above the 13.9 billion earned in the pandemic-hit first quarter a year earlier.

Toyota shares fell 2% in afternoon trading on Wednesday, extending losses from the morning session, with some investors disappointed that the company had not lifted its profit guidance.

Profit for the latest quarter was also boosted by favorable foreign exchange movements.

The automaker maintained its forecast for 8.7 million vehicle sales in the current fiscal year, up from 7.65 million last year. Sales volumes in the first quarter recovered to near 2019 levels, and the ratio of electrified vehicles rose steadily, it said in an investor presentation.

Toyota has been stockpiling semiconductors, used in everything from engine maintenance to car safety and entertainment systems, amid a global supply shortage that has hit production at rivals such as Hyundai and Ford.

It has benefitted from a business continuity plan developed in the wake of the Fukushima earthquake in 2011 that required suppliers to stockpile anywhere from two to six months' worth of chips depending on the time it takes from order to delivery, Reuters reported in March.

BMW and Stellantis became on Tuesday the latest major carmakers to warn that the global semiconductor chip shortage that has bedeviled the industry this year will drag on throughout 2021 and beyond, hitting production and sales.

On Tuesday, General Motors said it would shut down several North American plants because of the shortage, including three next week that make its highly profitable full-size pickup trucks.

The global semiconductor chip shortage will cost automakers $110 billion in lost revenues this year, consulting firm AlixPartners said in May.

Toyota, too has not gone unscathed. It has faced production difficulties in Thailand, where it suspended vehicle production last month at three of its manufacturing plants due to a pandemic-related parts shortage.

In the United States, it managed to maintain sales volumes in the first quarter despite reduced inventory through supply chain efforts and allowing dealerships to trade or transfer vehicles by themselves to deliver them to customers on time.