Turkey to emerge from auto chip crisis through local production 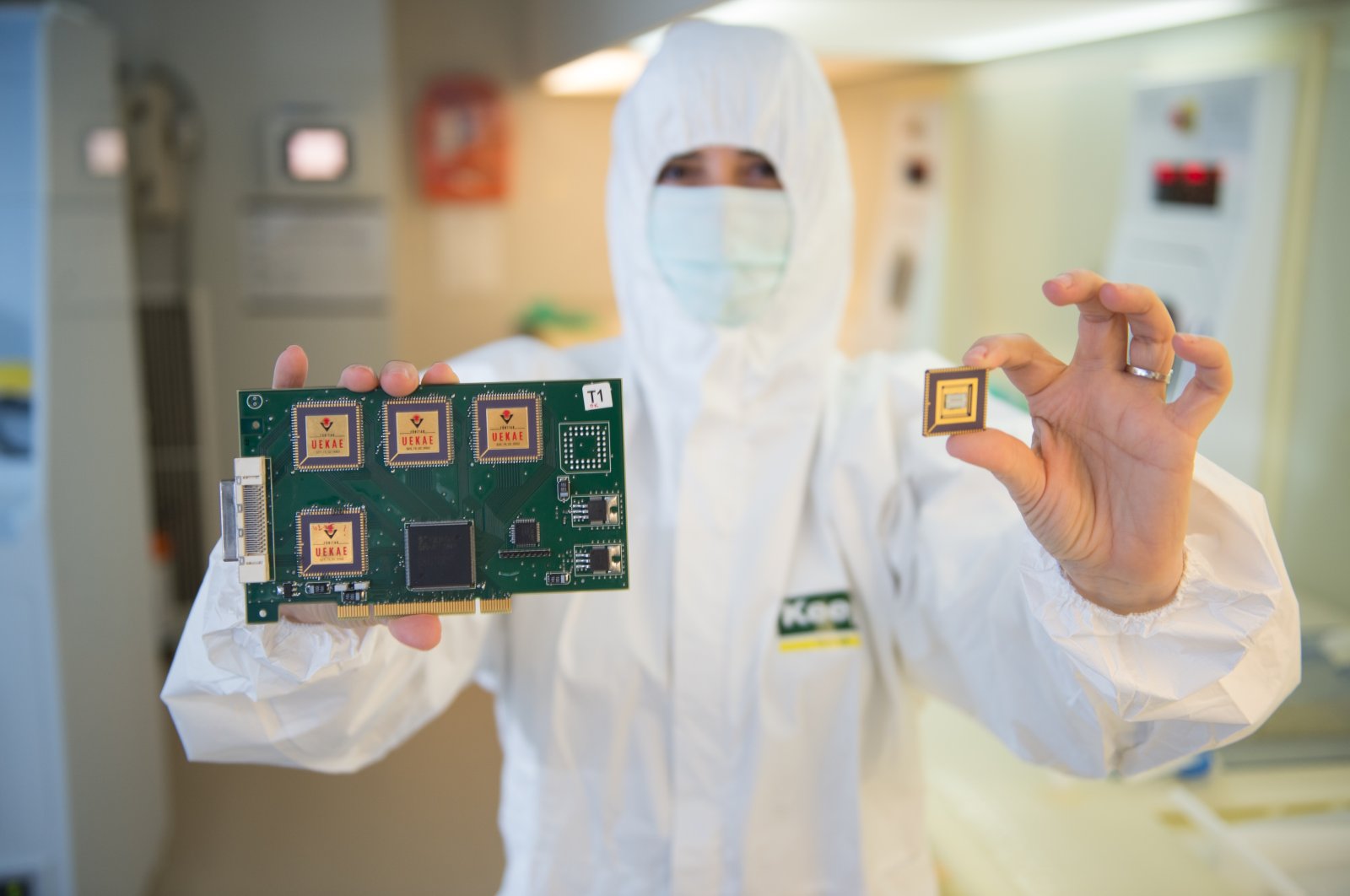 An engineer holds chips produced at a laboratory in the Gebze district of the northwestern province of Kocaeli, Turkey, April 9, 2021. (Photo by Ilhami Yıldırım)
by DAILY SABAH Apr 11, 2021 4:28 pm
RECOMMENDED

As the world grapples with a chip crisis that has particularly plagued global automakers, Turkey is relying on a local production center that produces components for the country’s ever-growing defense industry.

The National Electronics and Cryptology Research Institute (UEKAE) is attempting to develop the components at its Semiconductor Technologies Research Laboratory (YITAL) in the Gebze district of the northwestern industrial province of Kocaeli.

The UEKAE is part of the Scientific and Technological Research Council of Turkey (TÜBITAK) Informatics and Information Security Research Center (BILGEM).

A significant portion of the chip needs of Turkish companies, including Roketsan, Aselsan and TÜBITAK Defense Industries Research and Development Institute (SAGE), are met at the center.

“We are in preparation for this, we will be knocking on their door soon,” Çalışkan told Turkish daily Sabah.

Turkey is among the few countries that design and produce all components of information security, from the algorithm to the chip, said UEKAE Manager Erdal Bayram.

The recent chip shortage plaguing global automakers has forced many to halt production and there does not seem to be an immediate solution.

Three Turkish carmakers, Ford Otosan, Tofaş and Oyak Renault, recently had to temporarily suspend their production due to the chip supply crisis.

The spread of COVID-19 has scrambled supply and demand patterns worldwide, and as a consequence caused a chip shortage.

Erdal says that they are confident they have the ability to adapt the production of microchips for the defense industry to other sectors, including the automotive industry.

Çalışkan said it is possible for the domestically-developed chips to be used in TOGG.

“In the automobile industry, there is a power control system that transfers power from the battery to the wheels. These are critical materials. We have important solutions, and we have the necessary technology,” he said.

Preparations are underway, he says. “TOGG also needs to turn to us, tell us their needs and shape us.”

“We manufacture according to order. It could be the same for TOGG,” Çalışkan said.

The TOGG was formed in June 2018 by five industrial giants – the Anadolu Group, BMC, Kök Group, Turkcell and Zorlu Holding – as well as an umbrella organization, the Union of Chambers and Commodity Exchanges of Turkey (TOBB), to produce the country’s first domestically manufactured electric vehicle (EV).

The consortium will produce five different models – an SUV, sedan, C-hatchback, B-SUV and B-MPV – by 2030.

The country in December 2019 unveiled prototypes of an SUV and a sedan, both fully electric and C-segment models. Mass production of the SUV will begin in 2022, with the sedan to follow.