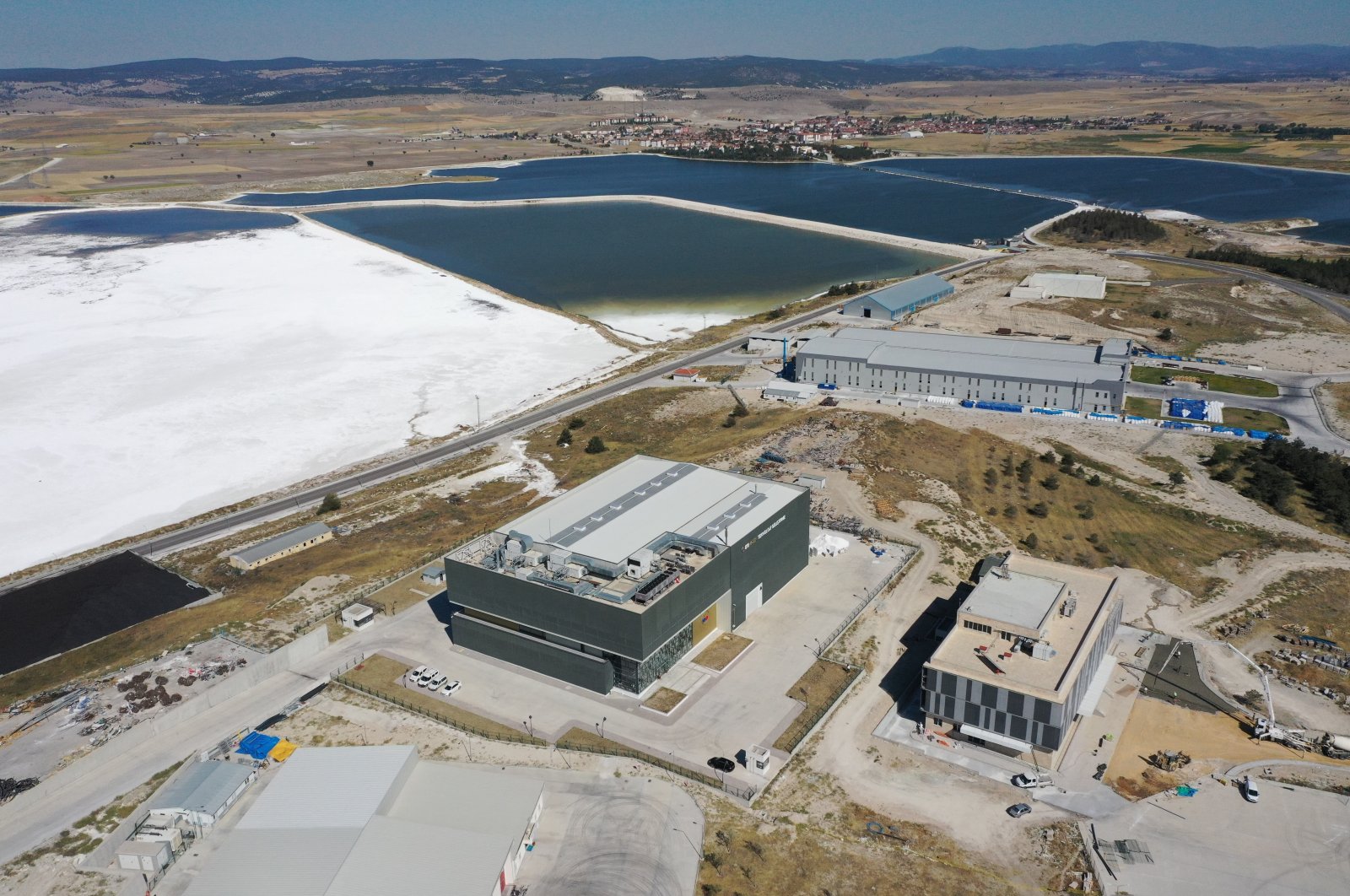 A view of the facility where lithium will be produced from boron resources in the northwestern province of Eskişehir, Turkey, Oct. 12, 2020. (AA Photo)
by DAILY SABAH WITH AA Oct 13, 2020 1:37 pm
RECOMMENDED

Turkey is set to begin producing lithium for the first time in a plant currently under construction in the central province of Eskişehir, the country’s energy and natural resources minister announced.

“We will start the production of lithium in Turkey for the first time with the plant of which construction began this year,” Fatih Dönmez told reporters on the sidelines of a visit to Eti Maden Technology Development Center on Monday.

The element is used in cell and battery technologies.

Turkey's inroad in lithium production will start on a small scale of 10 tons per year, but this is expected to rise to nearly 500 tons in the next two to three years, according to Dönmez.

Given that Turkey currently imports nearly 1,200 tons of lithium annually, it represents a considerable volume in domestic production and in import savings, which Dönmez said are more expensive.

In a later tweet, Dönmez said the country would start local production of lithium by the end of the year.

“We have started the boron lithium production attack. Domestic-made lithium will be used in the batteries of electric cars, phones and tablets. We will start production at the end of the year,” the minister said.

During his visit to the tech center of the country's official mining company, Eti Maden, Dönmez also stressed that the lithium will be used in critical technologies in cell and software for electric vehicles, particularly in Turkey's first domestically produced all-electric vehicle.

“We will also be using the lithium batteries produced here in the domestically made car,” Dönmez said.

The vehicle has been developed by Turkey's Automobile Joint Venture Group (TOGG), a consortium of five major Turkish companies.

Turkey in July this year laid the foundation of the factory in the northwestern province of Bursa where the cars will be manufactured.

Once completed, the facility will have the capacity to produce 175,000 vehicles per year.

Earlier this month, the country also laid the foundation of its first lithium-ion battery production facility in the central province of Kayseri.

The sprawling facility, comprising of a closed area of 24,000 square meters (nearly 6 acres) in an organized industrial zone in the eastern outskirts of the city of Kayseri, is planned for completion next year.

The facility will be established by Aspilsan Energy, which is owned by the Turkish Armed Forces Foundation with a 98% share.

The lithium-ion battery production facility looks to lower the country’s dependence on foreign resources in the field of energy storage.