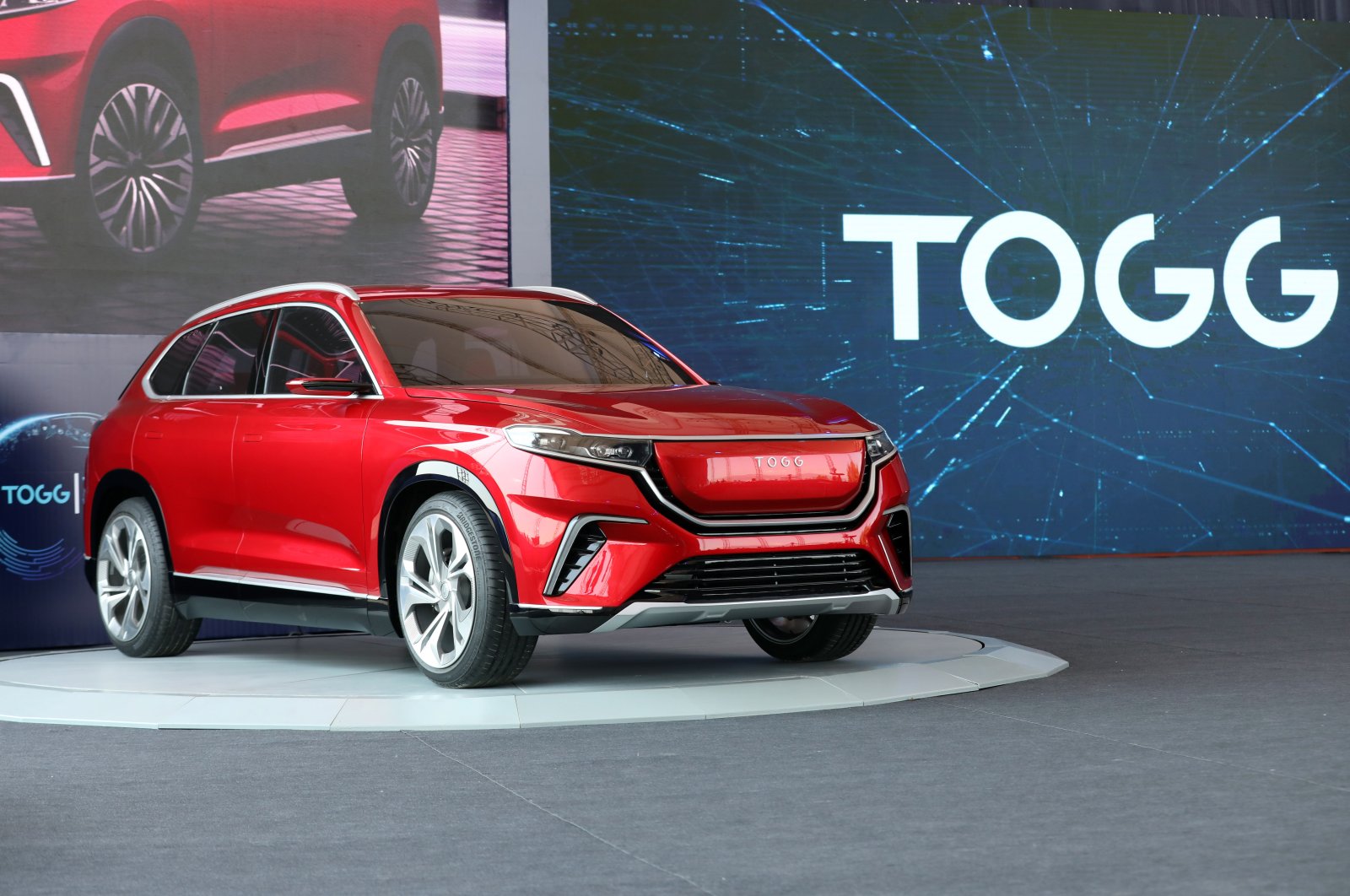 A prototype of an SUV model of Turkey's first domestic car is seen at the groundbreaking ceremony for Turkey’s first domestic car factory in the Gemlik district of northwestern Bursa province, July 18, 2020. (AA Photo)
by Ufuk Sandık Aug 09, 2020 2:49 pm
RECOMMENDED

TOGG CEO Gürcan Karakaş said Sunday that the consortium signed a confidentiality agreement with 10 international firms, with which they are working on joint projects. He noted that many other companies have also voiced interest in partnering-up.

In July, TOGG held a groundbreaking ceremony, marking the launch of construction of its car plant in northwestern Turkey's Bursa province, the country’s automotive capital.

Karakaş said between 38,000 and 40,000 reinforced concrete piles will be used to strengthen the ground of the factory building and the facility is expected to be completed in 18 months. It will begin mass production in 2022 with an annual capacity of 175,000 vehicles.

The TOGG CEO noted that the first vehicle will roll from the production line in the last quarter of 2022, adding that Germany, Italy and France will be among the first countries to import the cars.

"Once production reaches an annual capacity of 175,000 vehicles, the number of employees will increase to 4,300 people with more than 30% of them being female," Karakaş said.

In June 2018, five industrial giants – the Anadolu Group, BMC, Kök Group, Turkcell and Zorlu Holding, as well as an umbrella organization, the Union of Chambers and Commodity Exchanges of Turkey (TOBB) – joined hands to create TOGG.

TOGG will produce five different models – a sport utility vehicle (SUV), a sedan, a C-hatchback, a B-SUV and a B-MPV – until 2030 and own all intellectual and industrial property rights.