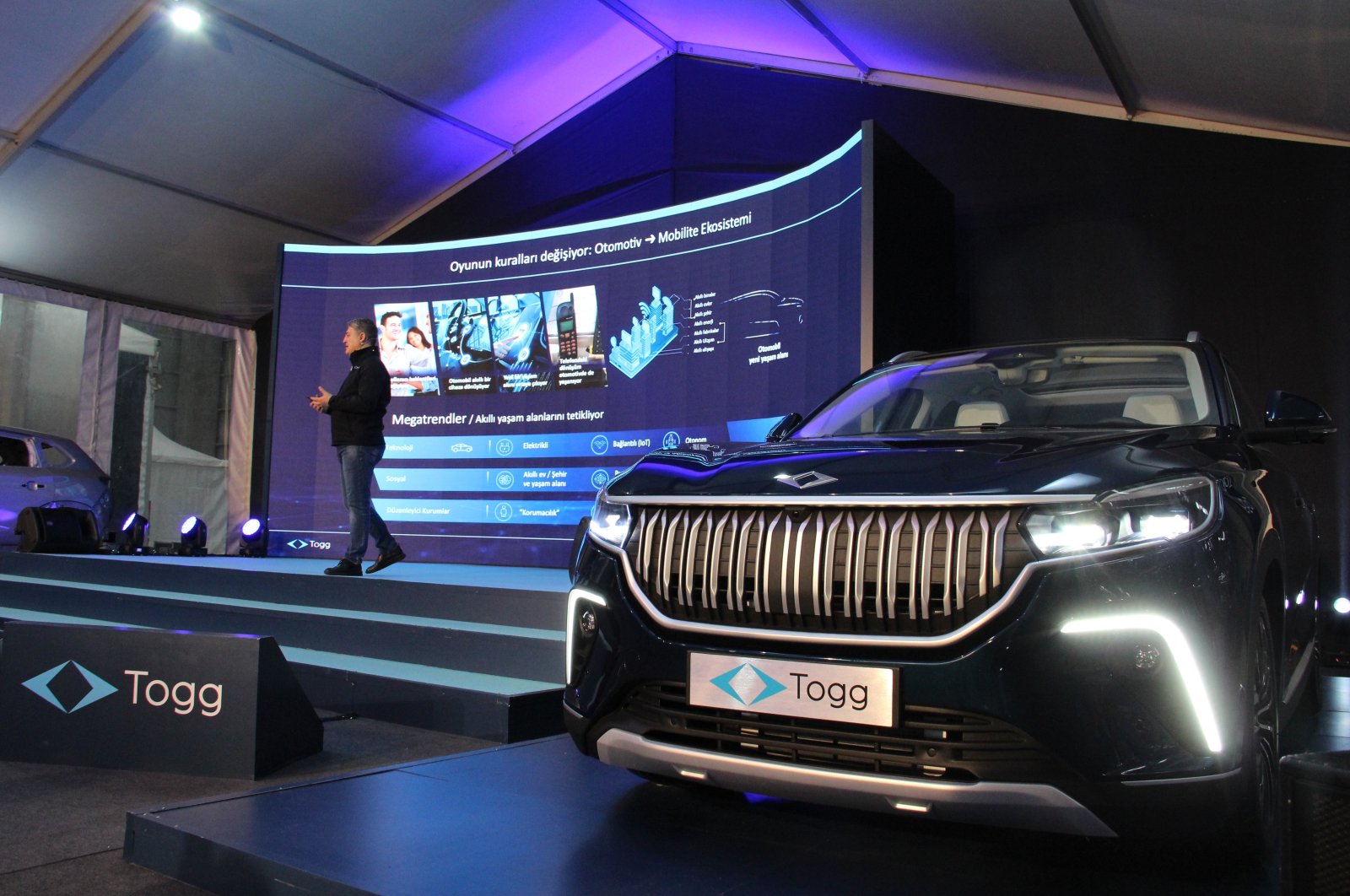 Two years since the unveiling ceremony, construction at Turkey's Automobile Joint Venture Group (Togg) production facility in northwestern Bursa province’s Gemlik district continues rapidly as the country is set to put its first fully electric and domestic vehicle on the market by early 2023.

Togg CEO Gürcan Karakaş said that they are getting closer to their targets. “We will start trial production at the end of July 2022” at the facility where some 250 robots will operate, he said, and the first mass-produced vehicle will be ready at the end of 2022.

“After the homologation tests are completed in the first quarter of 2023, our first vehicle in the C segment, an SUV, will be on the market,” Karakaş said while speaking during a meeting held at the Gemlik factory on Monday.

Karakaş also said they started to build the facility from scratch gradually after the unveiling ceremony and that the rough construction phase was finished.

Stating that the work on the production units at the construction site, where approximately 2,000 people work, is planned to be completed in May 2022, he said the installation of 62 assembly robots has started as of now.

“When our smart device hits the market, it will be the first electric SUV produced by a non-classic brand in continental Europe,” Karakaş said, noting that sedan and hatchback models in the C segment will enter the production line following the SUV.

The Togg CEO further stated that from the engineering side, it is no longer just about an automobile.

“We started to develop the smart device part of the automobile. We chose our suppliers. Some 75% of our suppliers are from our country. We have worked from the beginning in a way that can provide a locality rate of 51%, and we are putting this into practice,” he said.

The consortium is currently conducting crash, durability and performance tests, he added.

President Recep Tayyip Erdoğan, during a speech at the groundbreaking ceremony of the factory, said at the time that it was a “historic step” to realize a 60-year-old dream to produce the country’s first domestic car.

In June 2018, five industrial giants – the Anadolu Group, BMC, Kök Group, Turkcell and Zorlu Holding as well as an umbrella organization, the Union of Chambers and Commodity Exchanges of Turkey (TOBB) – joined hands to create the Togg.

The indigenous car project was to see a fixed investment of over TL 22 billion ($3.21 billion), and the factory was planned at the time to start mass production in 2022 with an annual capacity of 175,000 units.

The country in December unveiled prototypes of an SUV and a sedan, both fully electric and C-segment models.

Regarding the developments of the car’s battery, Karakaş said they have established the company Siro via a partnership with China’s Farasis.

“Just at this time last year, we said, 'We will start equipment installation in October 2021,' and we started,” he said, adding that they have started preparations with Togg Smart and Fast Charging Solutions Inc. to support the formation of an infrastructure.

Expressing that Siro, which was established to develop energy storage solutions in partnership with Togg and Farasis Energy, will be a pioneer in the production of domestic battery cells, modules and packages.

It will also be a business partner in the automotive and non-automotive sectors in the surrounding countries as well as in Turkey, Karakaş also said.

Togg initially signed a letter of intent with leading lithium-ion (li-ion) battery producing company Farasis Energy for the production and use of battery cells in the full range of Togg products in October 2020.

According to the agreement, battery cells will be provided by Farasis, and the battery modules and packs will be jointly developed and produced in Turkey.

Li-ion batteries are a fundamental component of an electric car.

The establishment of a joint venture company occurred as the two companies aimed at expanding cooperation, in addition to supplying batteries.

Answering a question on how the car’s price tag will be determined, Karakaş said it will be “competitive.”

“We planned everything from the moment we started, knowing that when we entered the market in 2023, the most sold C-segment SUVs in our country will not be electric vehicles, knowing that we need to snag a market share from internal combustion vehicles,” he said.

Karakaş went on to say that if they are asked whether they can compete with an SUV in the C segment, the answer is “yes, we can compete.”