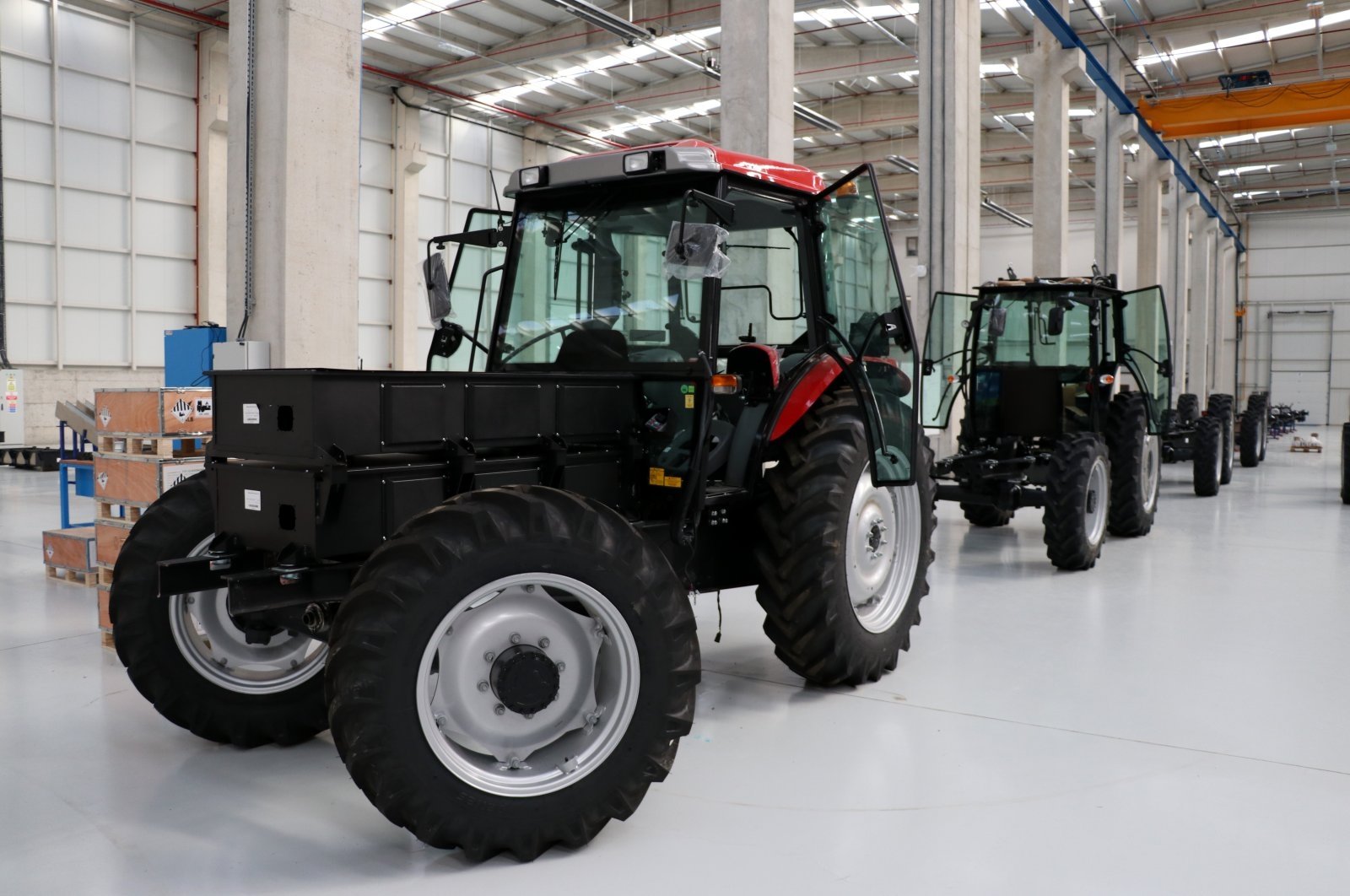 A Turkish company that has produced a "king-size" electric tractor is ready to mass-produce the locally developed vehicle from June as it investigates potentially exporting the vehicle, according to the company head.

Önder Yol, the chairperson of ZY Electric Tractor told Anadolu Agency (AA) Saturday that they are working on the production of three versions of tractors – small, medium and "king-size."

He said an easing of policies in the sale of small tractors to Turkish farmers is currently being considered. The small version of the tractor will have up to 140 horsepower and will be suitable for garden work as well as in areas where medium-size tractors can be used.

Middle-sized tractors usually have engines with up to 105 horsepower, according to Yol’s previous statements, and can feature up to 220 horsepower.

The middle-sized electric tractors will enter mass production in the first months of 2022, Yol stated, adding that 95% of the preliminary work has been completed.

The "king-size" version of the electric tractor boasting will hit the market with 320 horsepower, above the world average of 130 horsepower.

Continuing on the company’s foreign sales aims, Yol said: “We need to export. As soon as the demand soars, we will start exporting. Our work continues for all three types of electric tractors.”

Yol noted that they will showcase the three electric tractors in a fair set to be held in November in Germany, including the "king-size" version. The company views the event as a networking opportunity that will hopefully pave the way for more connections abroad.

Regarding the machines' batteries, the chairperson of the company said they established a partnership in China for the production of the batteries as the country given the country's ability to produce products with the necessary raw materials. He added that the batteries themselves can be considered a nut or bolt and that the “important thing is the battery management systems.”

“We believe we have the best battery management systems in the world right now, and as a civilian company that can do this, we are in the top three in the world," he said.

Stating that the batteries are expected to last approximately 12 years, Yol added the batteries can be recharged around 4,000 times. He underlined that with additions made to the batteries, they could increase the service life to 20 years.

Yol also said that it is possible to operate the tractor without a driver.

“The most important element is the software. It is useless without software,” he continued.

Yol previously told AA that the company has already received pre-orders for its "king-size" electric tractor and has sold a significant number of units.

The project is being jointly carried out with public lender Ziraat Bank. It was expected to reach the mass production phase by the end of 2020 but was disrupted due to the coronavirus pandemic.