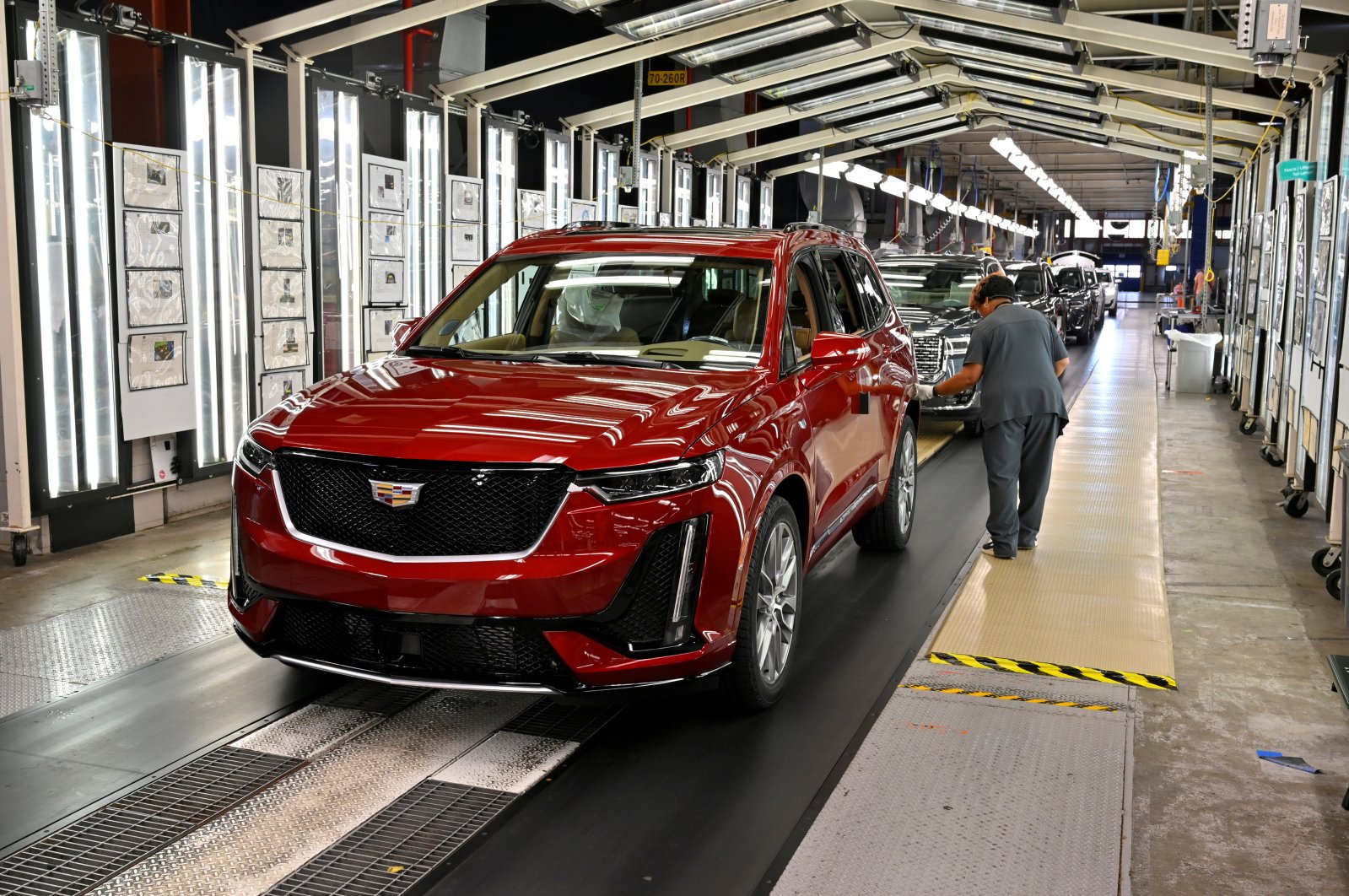 A final inspection is performed as the vehicles are ready to leave the assembly line at the General Motors (GM) manufacturing plant in Spring Hill, Tennessee, U.S., Aug. 22, 2019. ( Reuters Photo)
by ASSOCIATED PRESS May 06, 2020 6:42 pm
RECOMMENDED

General Motors' first-quarter net income fell 88%, but it still managed to make $247 million despite the arrival of the global coronavirus pandemic.

U.S. automakers suspended production in much of the world in late March. For GM, that clipped revenue for the quarter by 6%, to $32.7 billion, but that's not as bad as industry analysts had been expecting.

The company essentially has been without revenue since early March, meaning that the second quarter almost certainly will be worse.

However, GM plans to reopen most of its U.S. and Canadian factories starting May 18. Chief Financial Officer Dhivya Suryadevara said there are signs that demand for cars and trucks exists despite the pandemic.

On a conference call with reporters Wednesday, Suryadevara said demand has been stronger in some pockets of the U.S. where truck sales are high and cases of the coronavirus are relatively low. North America is by far GM's most profitable market.

“There are bright spots within the industry,” Suryadevara said. “Obviously trucks are our strong suit, and that's something we're going to capitalize on.”

GM reported that recent sales declines have been far smaller in southern, southwest and western U.S. states than in areas such as New York and Michigan, which have been hit harder by the virus.

The company didn't give a date to reopen plants in Mexico, but Suryadevara said a lot of work is being done to get the factories back up.

GM has suspended its full-year financial guidance, and Suryadevara conceded the second quarter will be tough. She said she can't predict consumer demand for certain, but believes that customers are moving to online sales. GM's sales website has had a 40% increase in traffic since the pandemic began, she said. Many states have forced auto dealers to close showrooms.

About 85% of U.S. dealers are selling vehicles online with about 3,500 participating, she said. About 90% of them are offering home delivery of new vehicles.

During the past two months, GM canceled its quarterly dividend for the first time in six years, suspended share buybacks and drew $16 billion from credit lines to prepare for the pandemic.

Suryadevara said GM entered the crisis from a strong position as it shed unprofitable businesses and restructured to cut costs. The company burned through $900 million in cash from January through March, reflecting the normal seasonal spending plus $600 million in costs due to the virus, she said.

With the increased borrowing, GM had $33 billion available at the end of March, she said, adding that reopening factories will help with cash flow and liquidity.

For the future, CEO Mary Barra said GM and other automakers are in talks with government officials about measures to stimulate auto sales to help restart the economy. She favors simple measures like the 2009 “Cash for Clunkers” program that gave customers cash to trade in older, less-efficient vehicles. “I think that's going to be helpful to get people back into the market,” she said.

GM's crosstown rivals, Ford and Fiat Chrysler, also are likely to reopen their plants on May 18 as well.