Canada to slap nearly $2.7B retaliatory tariffs on US goods 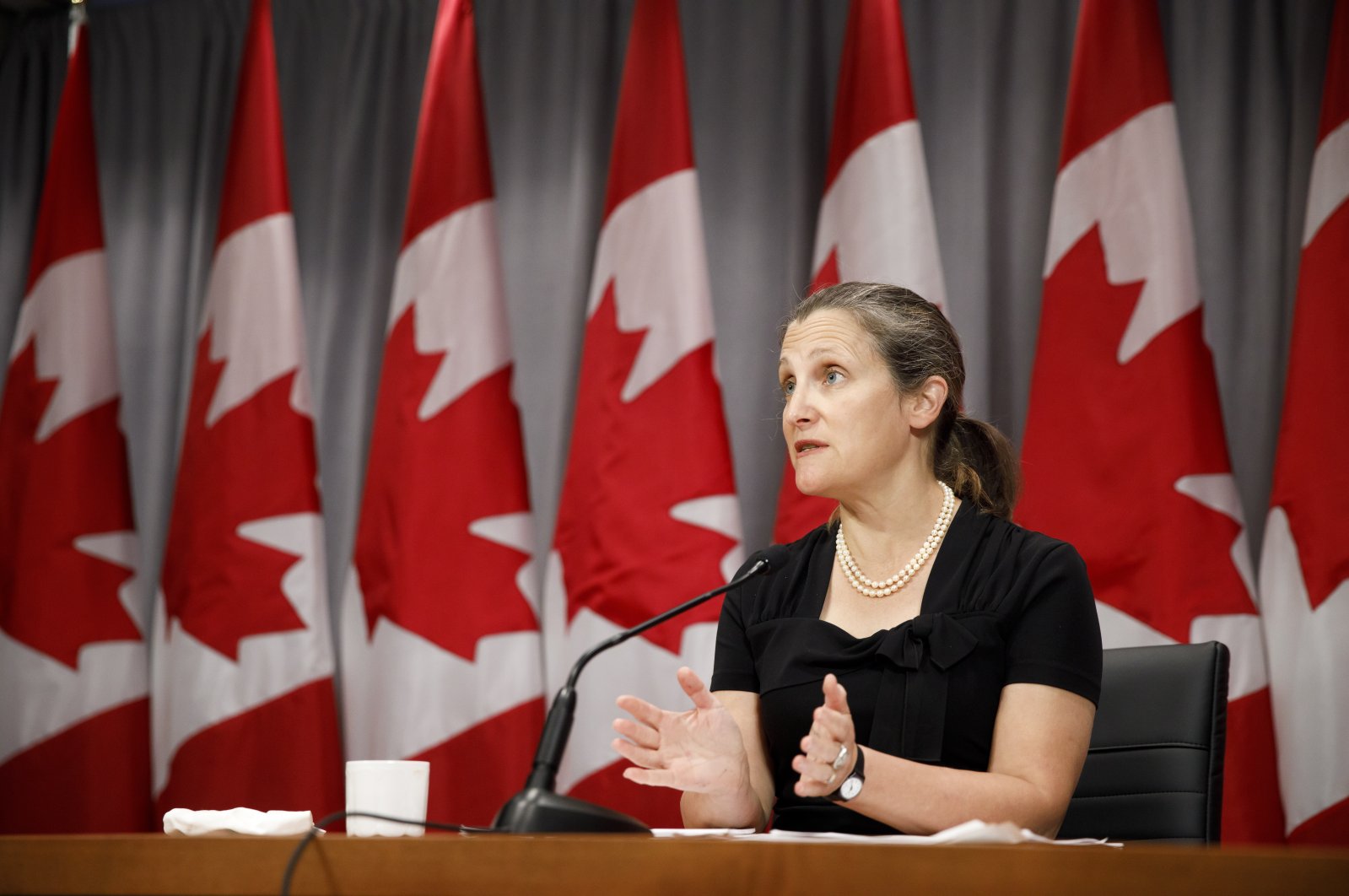 Canada will slap retaliatory tariffs on CA$3.6 billion ($2.7 billion) worth of U.S. aluminum products after the United States said it would impose punitive measures on Canadian aluminum imports, a senior official said on Friday.

Deputy Prime Minister Chrystia Freeland told a news conference the countermeasures would be put in place by Sept. 16 to allow consultations with the industry.

The move marks the latest ruction in what has been a sometimes choppy relationship between the two neighbors and close allies since President Donald Trump took office in 2017.

Trump moved on Thursday to reimpose 10% tariffs on some Canadian aluminum products on Aug. 16 to protect the U.S. industry from a "surge" in imports. Canada denies any impropriety.

"At a time when we are fighting a global pandemic... a trade dispute is the last thing anyone needs – it will only hurt the economic recovery on both sides of the border. However, this is what the U.S. administration has chosen to do," said Freeland.

"We do not escalate and we do not back down," she said later, variously describing the U.S. decision as "entirely unacceptable," absurd and ludicrous.

The Canadian list of goods that might be subject to tariffs includes aluminum bars, plates, refrigerators, bicycles, washing machines and golf clubs. Trump is a keen golfer.

"I think the very best outcome would be for the United States to reconsider," said Freeland, adding that she was confident common sense would prevail.

The list of goods subject to tariffs is narrower than the last time Ottawa struck back at Trump because the two sides agreed in 2019 to limit the scope of retaliation in disputes over steel and aluminum, said a Canadian government source who requested anonymity.

In 2018, Ottawa slapped tariffs on CA$16.6 billion worth of goods ranging from bourbon to ketchup after Washington imposed sanctions on Canadian aluminum and steel.

Ottawa may be assuming its measures will be short-lived. A source briefed by Prime Minister Justin Trudeau's office said Canadian officials are increasingly sure Trump will lose the Nov. 3 presidential election.

Trump acted just weeks after a new continental trade pact between the United States, Canada and Mexico took effect. The North American economy is highly integrated and Canada sends 75% of all its goods exports to the United States.