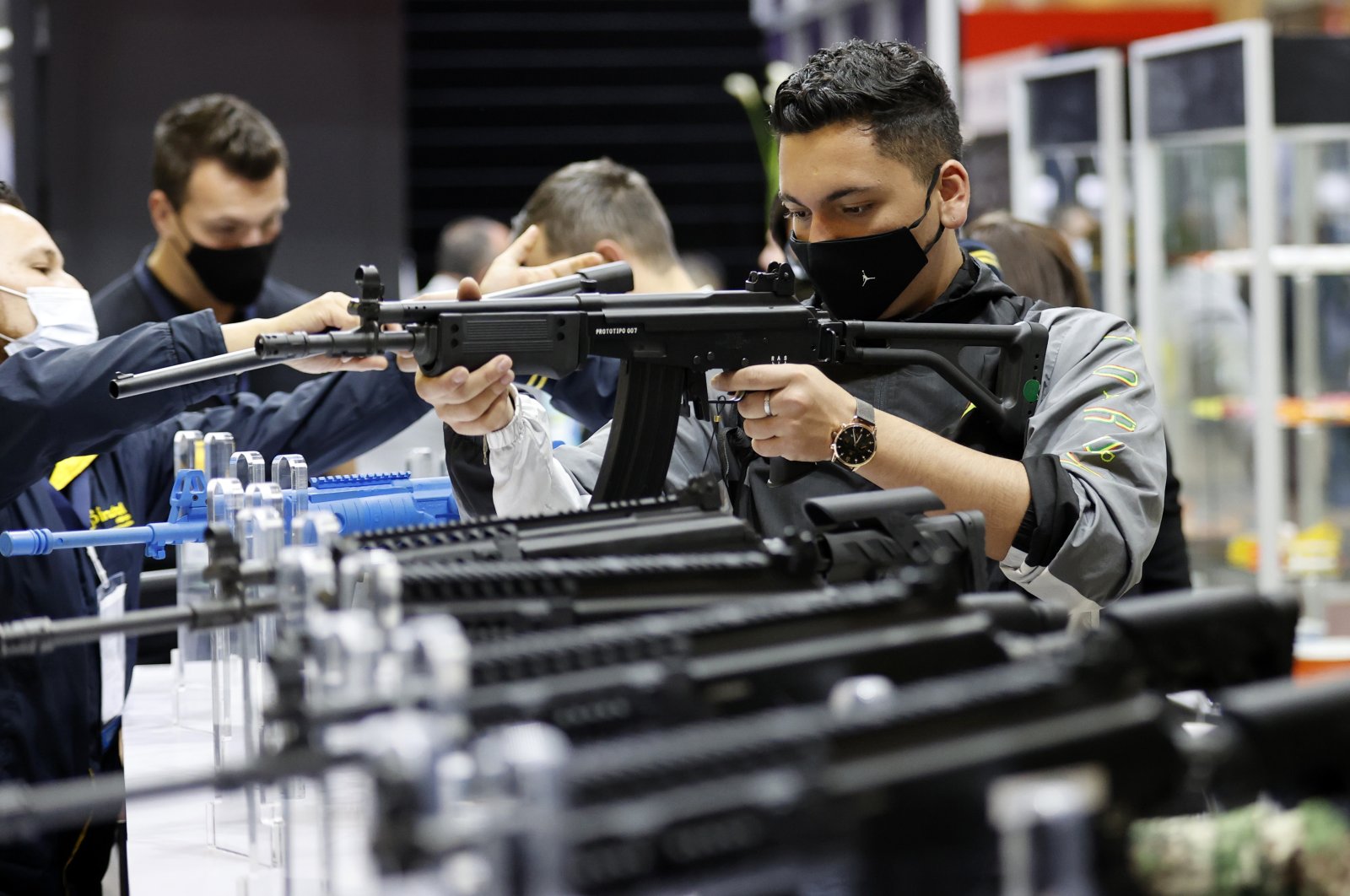 Turkish defense giants STM, Aselsan, Machinery and Chemical Industry (MKE) and Otokar are showcasing their latest products at the Expodefensa 2021, one of the largest defense industry fairs in Latin America and the Caribbean.

The three-day exhibition in Bogota, Nov. 29-Dec. 1, is organized in association with the Colombian Defense Ministry.

Its aim is to "help governments and armed forces face their operational and capability challenges while playing a role in building a safer Latin America." International exhibitors present their systems and products to respond to a growing regional demand. Expodefensa's first edition was held in 2009.

In an earlier statement, the STM said it will promote its naval platforms and tactical mini-unmanned aerial vehicles (UAVs). The firm said it will introduce its tactical mini-UAV product family – which includes Alpagu, Kargu and Togan – to South America, along with its MILGEM (National Ship) Ada-class corvettes as well as the I-class frigate, which is Turkey's first national frigate project.

Colombian Defense Minister Diego Molano Aponte visited the STM booth at the event, and was briefed on the ongoing projects.

Colombian President Iván Duque also paid a visit to the fair with an accompanying delegation, receiving information from Aselsan on their products.

“We are proud to host the President of Colombia and foreign delegations in our booth at Expodefensa 2021, Bogota, Colombia,” read a tweet shared by the Aselsan’s Twitter account on Nov. 30.

Otokar, a company of Turkish conglomerate Koç Holding, meanwhile has presented its armored land vehicles at the fair.

Otokar General Manager Serdar Görgüç said in an earlier statement that Otokar, which achieves new successes in the world defense industry day by day, continues to make a name for itself with its global knowledge, engineering, research and development (R&D) and technology transfer.

“By participating in fairs held in five continents, we represent Turkey’s defense industry in the best way around the world, and we see these fairs as an important tool to come together with our current and potential users,” he said.