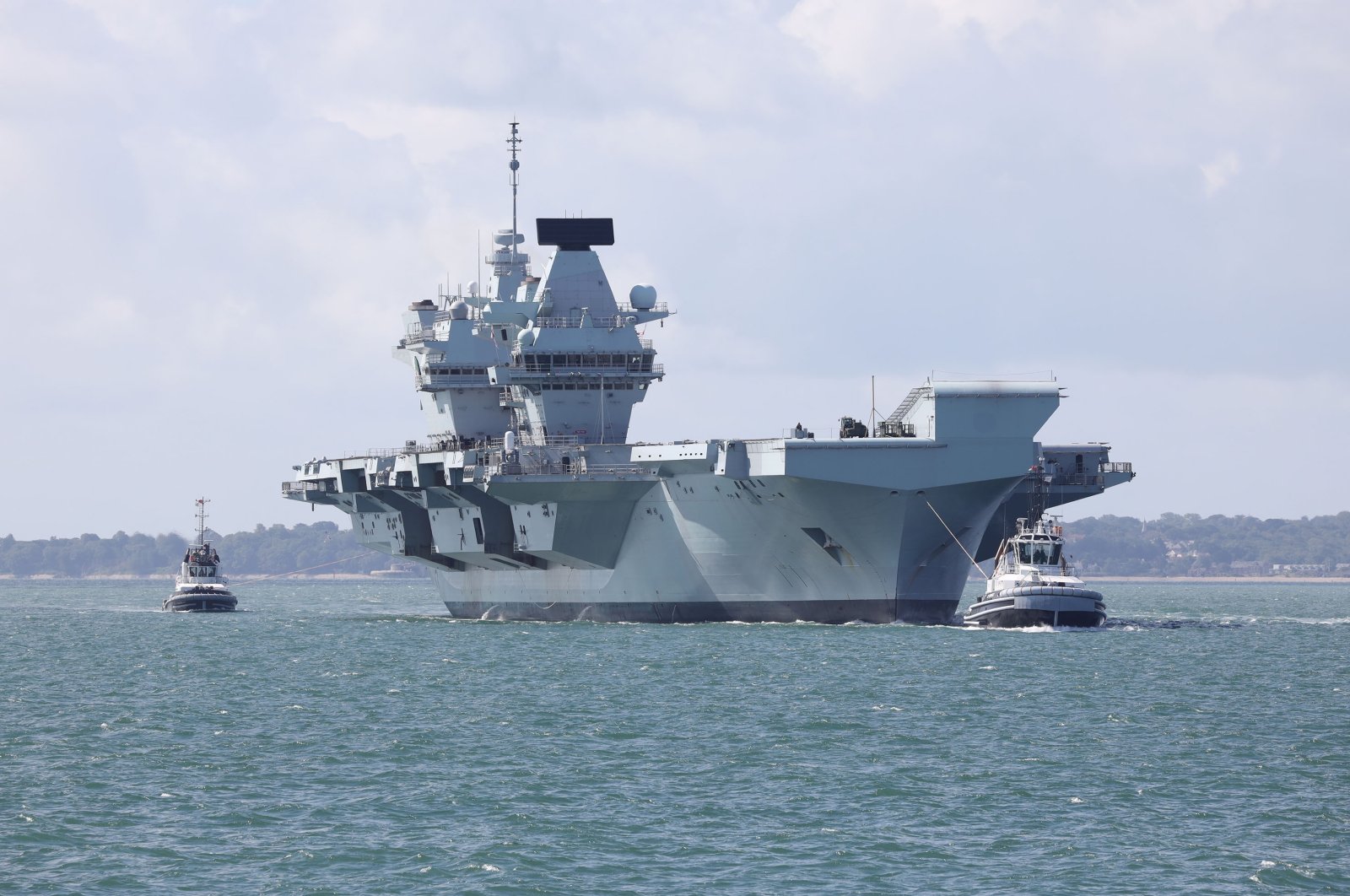 Ankara held consultations with the British government to purchase a new or second-hand aircraft carrier last year, a report citing sources familiar with the matter claimed Tuesday. The negotiations yielded no results, however, it said.

The report by the Middle East Eye (MEE) said that the talks were on the procuring of the Queen Elizabeth-class aircraft carrier, according to two sources, but British officials denied the request.

“They have offered to sell the design of an aircraft carrier and provide technical support during the construction in Turkey,” one of the sources said.

The second person with knowledge on the issue said, “After the consultations with the British government, Turkey has decided to build its own ship, instead of purchasing it.”

Meanwhile, the U.K. Department of International Trade neither denied nor confirmed whether the consultations had taken place or not.

“As close NATO allies, the UK and Turkey have a longstanding and strong bilateral defence relationship based on cooperation and collaboration,” a spokesperson for the institution was quoted by the MEE as saying in a written response.

“The UK and Turkey hold regular discussions on a range of defence and security issues. We do not comment on the details of these discussions,” the spokesperson added.

President Recep Tayyip Erdoğan most recently hinted at some details of the country’s new naval projects, with the manufacturing of an aircraft carrier being one of them.

He said a new aircraft carrier, which will be designed domestically, will promote Turkey to the top league in the naval field.

Tailored to meet the Turkish Naval Forces' (DzKK) needs in the most practical way, Turkey has already begun constructing the flagship-to-be TCG Anadolu. It is a Landing Helicopter Dock (LHD) -type amphibious assault ship that allows the use of several types of aircraft including Vertical/Short Take-Off and Landing (V/STOL) and Short Take-Off and Vertical Landing (STOVL) fighter jets, and mainly enables the transfer of large numbers of military personnel and armored vehicles.

Modeled after the Spanish LHD Juan Carlos, the TCG Anadolu is among the projects that Turkey's defense industry is set to fulfill in 2021. It is expected to significantly boost the navy's capacities in the surrounding seas.