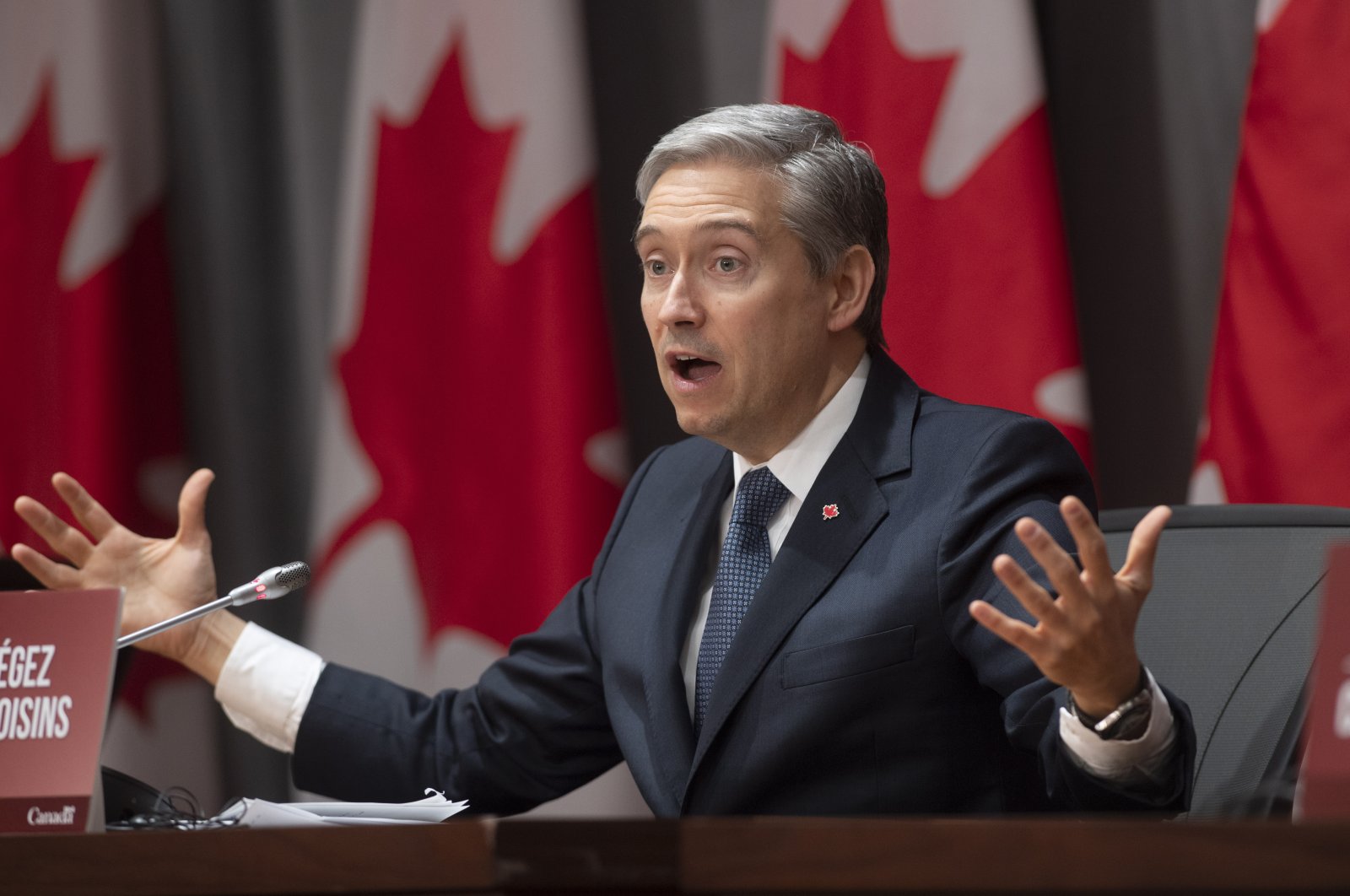 Foreign Affairs Minister Francois-Philippe Champagne gestures as he responds to a question at a news conference in Ottawa, Canada, April 2, 2020. (The Canadian Press via AP)
by French Press Agency - AFP Apr 10, 2020 8:21 am
RECOMMENDED

The Canadian government said Thursday that it had renegotiated the terms of a $14 billion light armored vehicles contract with Saudi Arabia, paving the way for exports to recommence.

Vehicle sales had been on hold since 2018 due to tensions between Ottawa and Riyadh over the murder of journalist Jamal Khashoggi and Saudi Arabia's involvement in the war in Yemen.

The move marks a shift for Prime Minister Justin Trudeau, who had indicated in December 2018 that he was looking to end the controversial agreement.

Minister of Foreign Affairs Francois-Philippe Champagne, however, said in a statement that Canada had "been able to secure significant improvements to the contract."

Canceling the deal "could have resulted in billions of dollars in damages to the government of Canada, with potential damages amounting to the full value of the contract," he said.

The move would have put thousands of Canadian jobs at risk, not only in "southwestern Ontario but also across the entire defense industry supply chain, which includes hundreds of small and medium enterprises," he added.

The vehicles are made in Canada by a subsidiary of American contractor General Dynamics.

Among the "improvements" Champagne noted were financial protections for Canada if it chooses to delay or deny export permits in the event the vehicles are not used for their stated purposes.

"Under our law, Canadian goods cannot be exported where there is a substantial risk that they would be used to commit or to facilitate serious violations of international humanitarian law, international human rights law or serious acts of gender-based violence," he said.

"We have now begun reviewing permit applications on a case-by-case basis," Champagne said in the statement.

"As always, we will ensure that they comply with the aforementioned legal requirements under Canadian law" and the U.N. Arms Trade Treaty, he added.