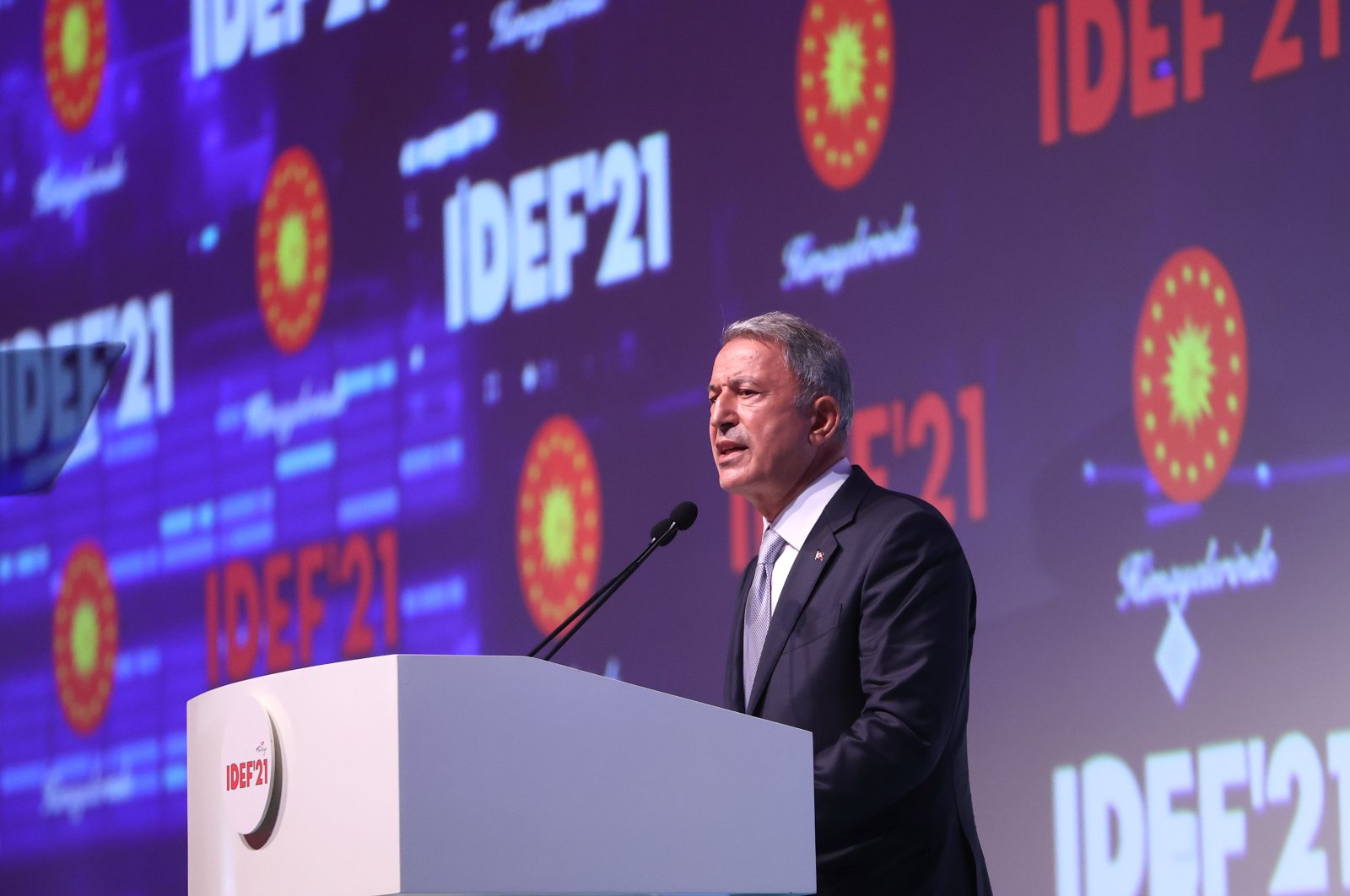 Speaking at the International Defense Industry Fair (IDEF), one of the world's largest global defense events, Hulusi Akar stressed that in the future of defense technologies, space and cyberspace will emerge as important operational areas.

"To be strong, it isn't enough to adapt to today's conditions. It's necessary to foresee what the future will be like and take proactive measures to be strong and effective," said Akar.

"Countries that want to have a say in the world of tomorrow have to keep their defense and security strategies up-to-date," he said.

As part of these efforts, Turkey is closely following the fields of cybersecurity, artificial intelligence, big data, robotics and autonomous systems, he added.

He noted that several cutting-edge technologies and products are currently being used in the world, such as drone swarms, quantum radars, laser guns, directed energy weapons and microsatellites.

On Turkey, he said the country has today increased the share of indigenous technology in its defense industry from 20% to 80%.

Noting current initiatives such as the Atak and Gökbey helicopters, the national combat aircraft (MMU) and electronic warfare systems, along with the Bora, Kasırga and Hisar missiles, Akar said the number of Turkish defense projects is continually growing.

He also said that no matter how powerful these weapons are, the most effective defense can be attained through friendship, peace, brotherhood, stability and strong cooperation.

"In this respect, we attach importance to establishing military cooperation with friendly and allied countries," he added.