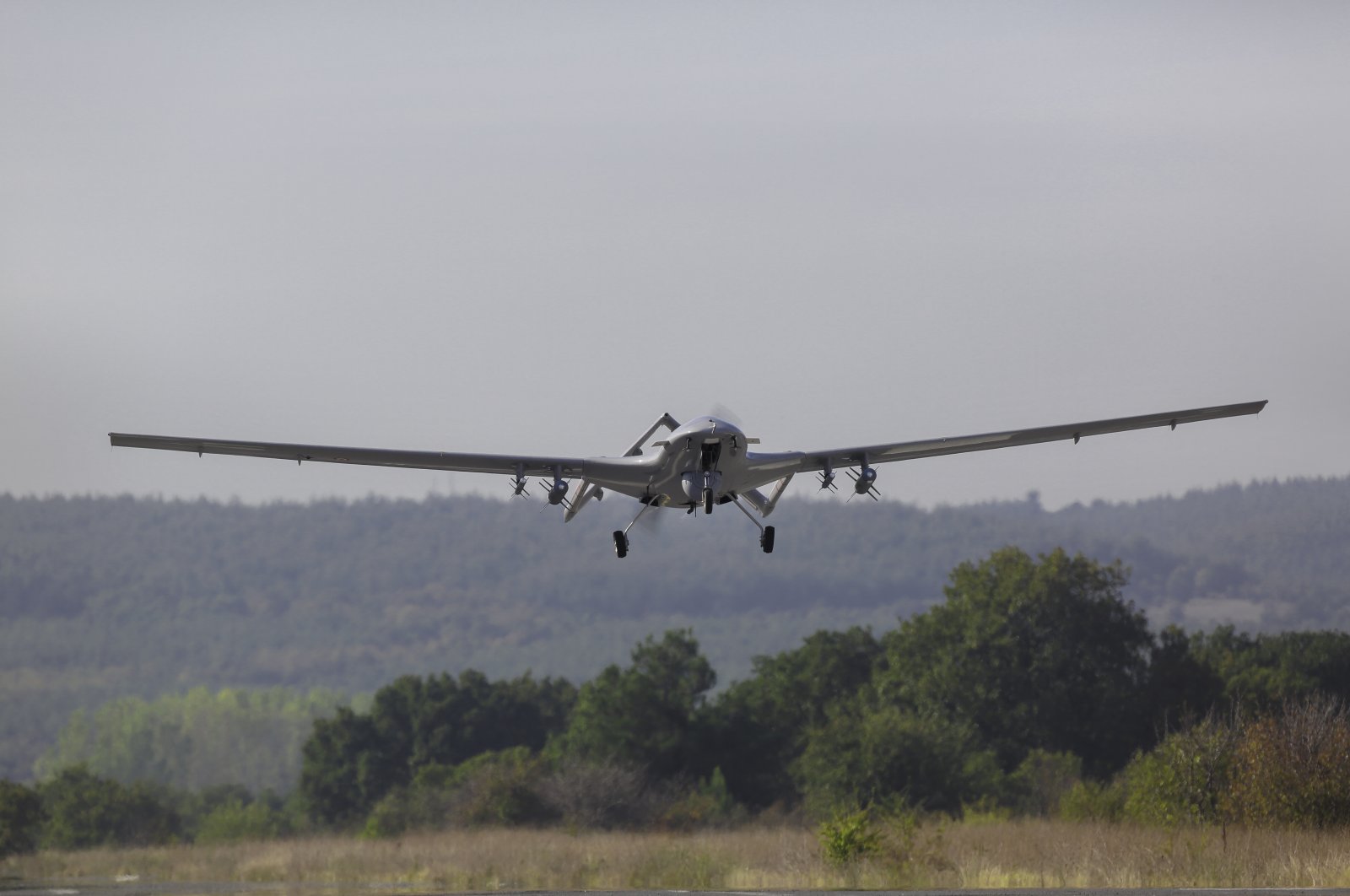 Ongoing developments show that Iraq may be a second neighboring country after Azerbaijan to receive unmanned combat aerial vehicles (UCAVs) from Turkey.

Already attracting high demand, the made-in-Turkey drones were sold to several countries recently, with one export deal coming after another, especially for the Bayraktar TB2 UCAVs made by Baykar.

However, such a deal with Iraq would have different outcomes and could possibly have other military and political connotations, according to a report by TRT Haber on Thursday.

The report cited claims by international media outlets on the possible sale that said Iraq’s Cabinet allocated $100 million for the procurement.

Speaking to TRT Haber on the issue, defense politics analyst Hakan Kılıç said if this happens it would be a very different move than selling UCAVs to Africa or European countries, as it would not be an ordinary defense deal.

The drones were sold to Azerbaijan, another neighbor, before, Kılıç said; however, Turkey’s relations with that country are more than neighborly, so it can be thought of as an expected deal.

However, the sale to a neighbor, in this case to Iraq, requires a certain level of trust in the country that it will not use Turkish-made UCAVs against Turkey itself, he said.

“If this happens, it will be a means of our trust and will show that the bilateral relations have reached a certain point that we are sure they will not use our products against us,” he said.

Kılıç explained that Iraq has close relations with the United States, Russia and China, but if Baghdad chose Turkey for UCAV procurement it would show a political proximity apart from the Turkish platforms’ being superior and cost-effective.

There is also the military aspect of such a sale, he said, as Iraq would conduct more effective operations against terrorists within its borders thanks to the state-of-the-art equipment.

This particular UCAV has already been incorporated into the arsenals of Azerbaijan, Ukraine and Qatar. It has been actively used by Turkish forces in Syria and Libya, and it saw action in Azerbaijan's recent Nagorno-Karabakh conflict, paving the way for its international recognition with proven operational capability.

Poland has also signed a contract for the purchase of Bayraktar TB2s, becoming the first NATO member country to acquire the Turkish drones. The combat drones will be armed with anti-tank projectiles. Poland will also buy a logistics and training package along with the aircraft. The first shipments will arrive in 2022.

Latvia later hinted that it could be the second European Union and NATO member state to acquire the Turkish UCAVs that have scored high-profile successes in the field.

Albania is also interested in striking a deal to procure this particular combat drone. The country’s interest in acquiring the Bayraktar TB2 became official after its parliament allocated an additional budget of more than 8 million euros ($9.5 million) in June for the procurement.

Baykar’s Chief Technology Officer (CTO) Selçuk Bayraktar said in August that his company is in the contract phase with about 10 countries.