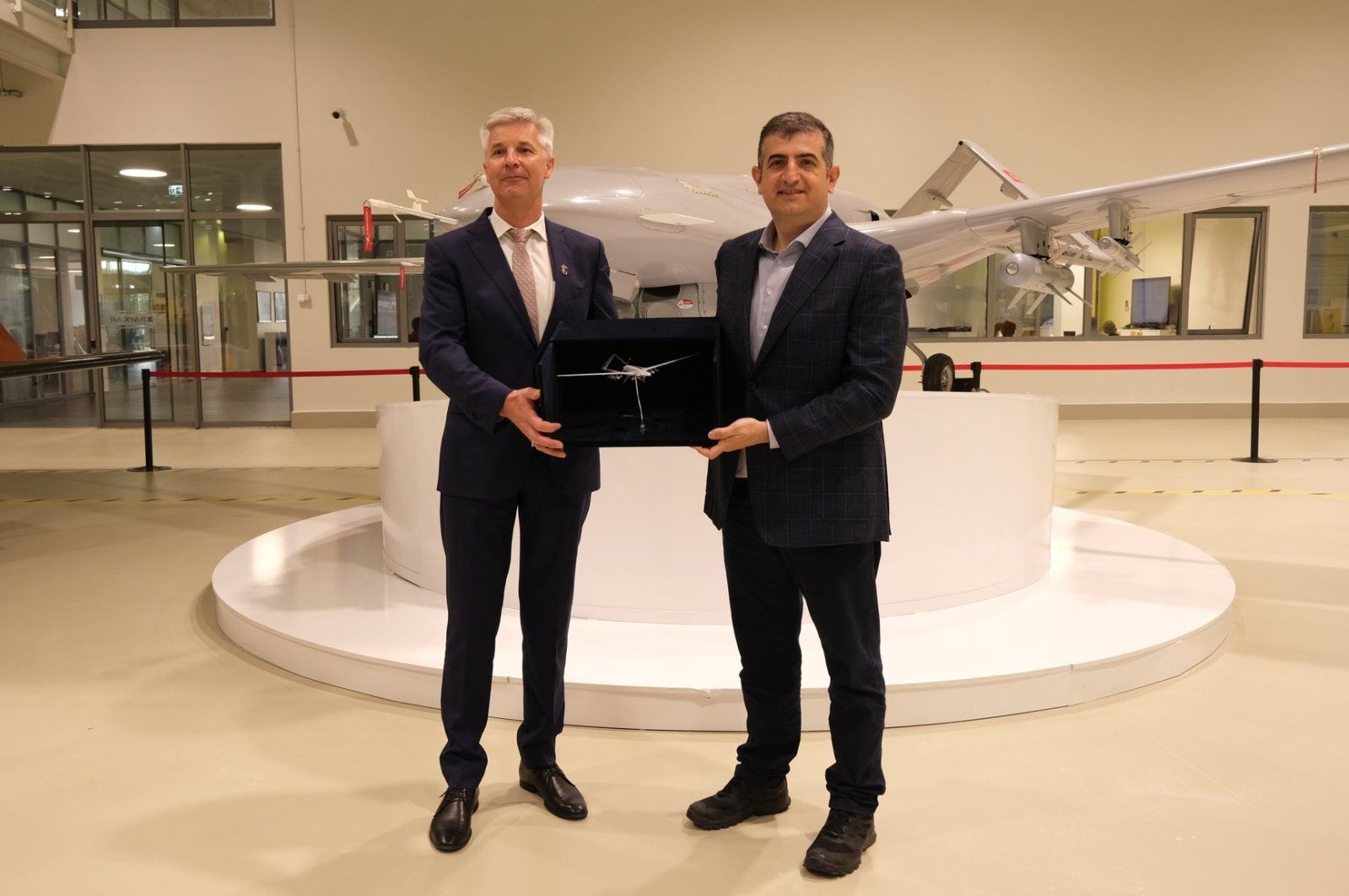 Latvia has signaled it could be the second European Union and NATO member state to acquire Turkish armed unmanned aerial vehicles (UAVs) that have scored high-profile successes in the field, following last month's purchase by Poland.

A delegation led by the nation’s Deputy Prime Minister and Defense Minister Artis Pabriks arrived Monday in Turkey to discuss further cooperation in defense and the development of their military industry.

The delegation paid a visit to Turkish drone magnate Baykar Makina’s research and development (R&D) and production facilities in the capital, Ankara.

“Turkish industry has the highest world standards in research and development, and we value that very much as an ally in NATO,” Pabriks said, replying to a tweet by Baykar that included a photo of the officials standing in front of the Bayraktar TB2 combat drone.

In a reply to a tweet that asked “When can we expect Bayraktar TB2 to say ‘I am in Latvia’ (Es esmu Latvija)?” Pabriks wrote: “Hopefully soon enough.”

Çavuşoğlu met Pabriks at the ministry headquarters to discuss bilateral relations and cooperation opportunities in the defense industry.

“Will develop our cooperation with Latvia, our 2nd #NATO ally that shows interest in our UAV technology,” Çavuşoğlu tweeted following the meeting.

Discussed our relations and cooperation opportunities in the defense industry w/@Pabriks, Deputy Prime Minister and Minister of Defense of #Latvia.

-Will develop our cooperation with Latvia,our 2nd #NATO Ally that shows interest in our UAV technology. pic.twitter.com/po0tOiq0so

“It is in the interests of Latvia to promote constructive cooperation on mutually important issues with Turkey and its military industry,” Pabriks wrote over his Facebook account Monday.

He noted that Turkey is their partner in NATO, saying he is sure that their joint cooperation will help strengthen Latvian defense capabilities as well as their local military industry.

Pabriks stressed that drones are the area “we are currently paying attention to and will continue to pay very much attention.”

“Drone systems create many additional options for Latvia, and they allow us to really increase our combat abilities,” he noted.

European countries, including Hungary, Albania, Belarus, the United Kingdom, Bulgaria and the Czech Republic, with whom Turkey shares good defense relations, are all said to be among potential customers of the UAVs.

Turkish drones have gained in popularity since the hardware was deployed in Syria, Libya and Azerbaijan during conflicts that were prominently covered around the world.

Ankara hopes to use these successes in its quest to become a premier exporter of UAVs.

The UAVs are currently in active use in Turkey, Qatar, Libya, Ukraine and Azerbaijan. President Recep Tayyip Erdoğan said in March that Saudi Arabia was also interested in buying the drones.

Bayraktar TB2s played a vital role in the recent Azerbaijani victory against Armenia in the war for the liberation of Nagorno-Karabakh.

The Bayraktar – with its electronic, software, aerodynamic, design and sub-main systems fully designed and developed nationally – stands out as the world's most advanced UAV system in its class with its flight automation and performance.

It has a record altitude of 27,030 feet for over 24 hours in the air and can carry 150 kilograms (over 330 pounds) of cargo. It can operate day and night with useful loads.

Performing active reconnaissance, surveillance and intelligence flights, the Bayraktar has the ability to transmit the images it obtains to operation centers without delay and to attack targets with its munitions.

The drone was first delivered to the Turkish Armed Forces (TSK) in 2014 and upgraded with armament for the first time in 2015. It is currently used by the Gendarmerie General Command, General Directorate of Security Forces and the National Intelligence Organization (MIT) in their operations.