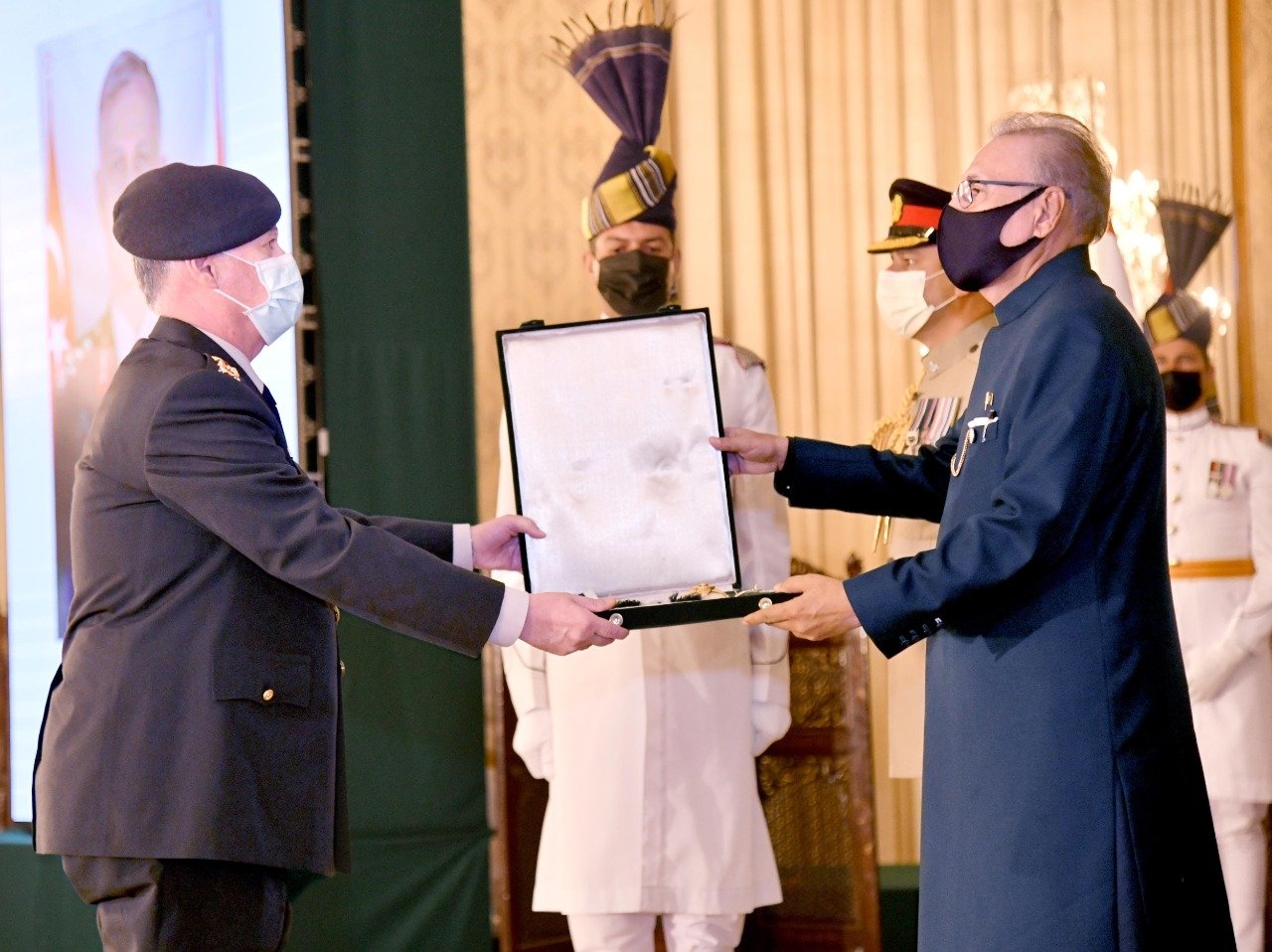 Turkey and Pakistan on Monday agreed to increase their cooperation in the military field, especially in training and the fight against terrorism.

Discussing bilateral relations during the visit, the two senior military officials underlined the importance of defense and security cooperation.

Pakistan's President Arif Alvi on the same day conferred the Nishan-e-Imtiaz or Order of Excellence – a highly prestigious military award – to Dündar, at the President House in the capital, Islamabad.

The ceremony was attended by high civil and military officials, including the Turkish Ambassador to Pakistan Ihsan Mustafa Yurdakul, state-run Pakistan Television reported.

He was appointed as the commander of the Turkish Land Forces by Turkey's president in July 2018.

Dündar was called a "sincere and close friend of Pakistan who played a role in the strengthening of Pakistan-Turkish ties" at the ceremony.