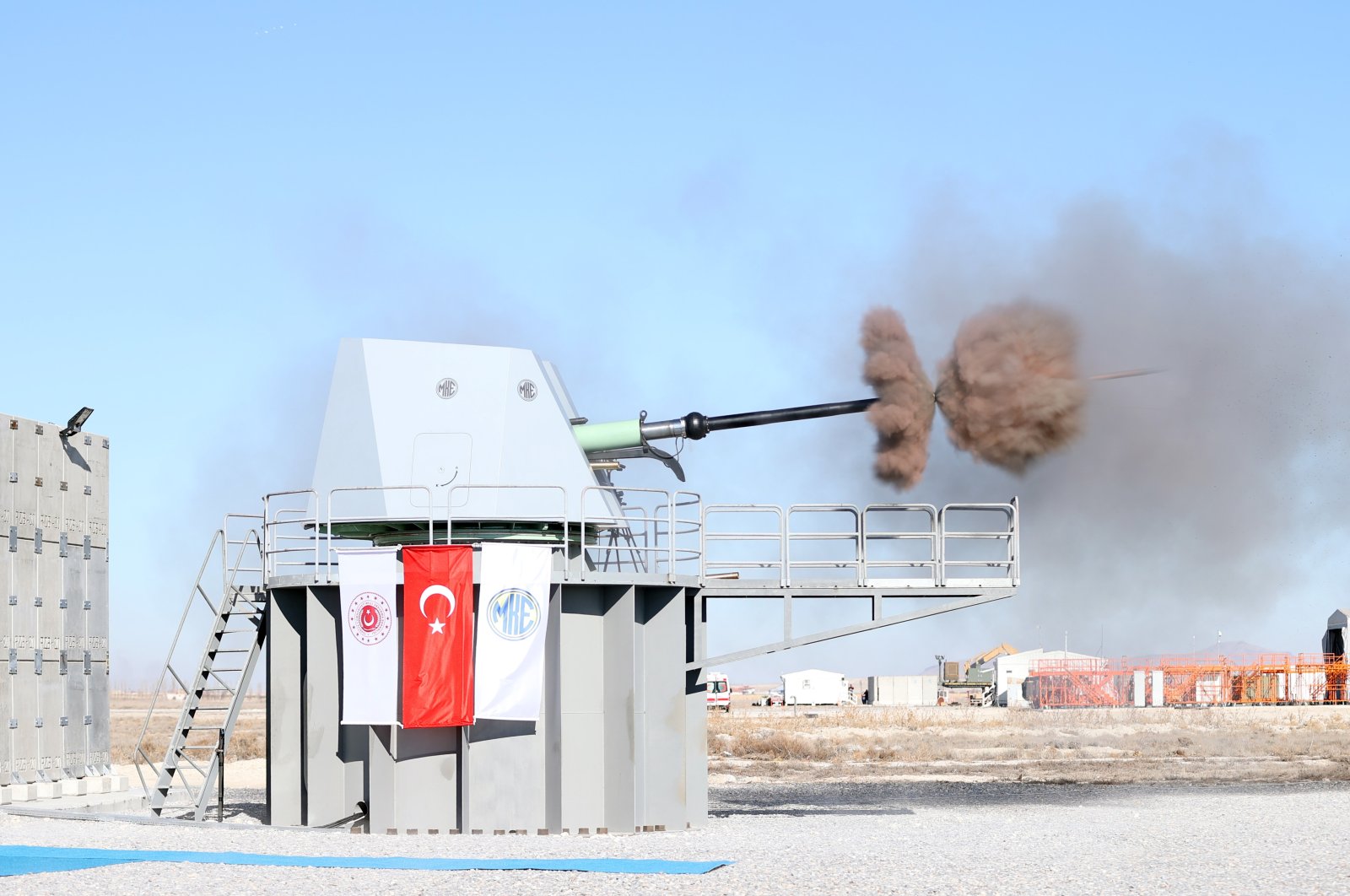 Turkey on Thursday successfully test-fired a domestically developed 76 mm naval gun, which is expected to replace the similar ammunition normally imported from abroad.

Congratulating those who contributed to the construction of the new weapon system, Akar said in his speech, “None of these works is the end. Each of them is the beginning of the next phase.”

“We will meet the needs of our armed forces by continuing our work at an increasing pace,” Akar said.

The 76 mm naval gun was developed by Machinery and Chemical Industry (MKE), a state-owned gun and ammunition manufacturer, and was unveiled for the first time during this year’s International Defense Fair (IDEF 2021) that took place between Aug. 17-20 in Istanbul.

The project for the naval gun began in 2020 due to perceived high procurement costs and a lengthy delivery schedule for Leonardo’s Oto 76/62 mm guns, according to former statements by the company officials.

Though there is no official policy, these weapon systems are expected to replace imported ones, which are likely to phase out gradually.

Akar, meanwhile, went on to say that domestic production is not a choice for Turkey but a necessity.

Adm. Adnan Özbal, for his part, also mentioned the importance of the development of the national sea cannon, saying: “We are witnessing the realization of an important success that will strengthen us at sea. The National Sea Cannon is a great success in terms of showing the level our domestic defense industry has reached.”

Emphasizing that it is important to complete the production in a short time, Özbal stated that the port and cruise tests of the naval gun would follow Thursday’s tests.