Turkey-US F-35 deadlock could be disentangled after Rome summit 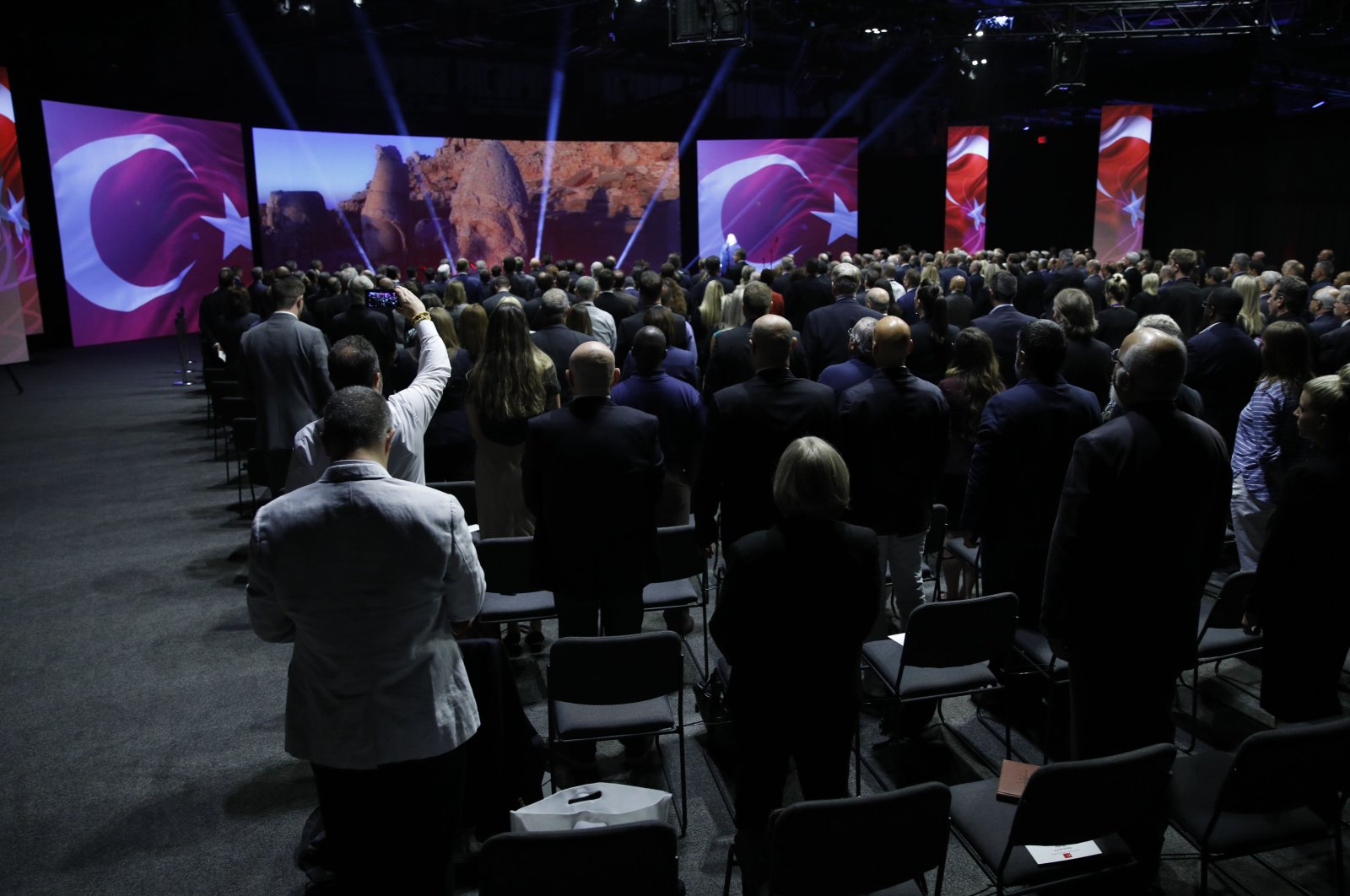 Ankara and Washington may resume stalled talks on the next-generation F-35 fighter jets, according to information obtained by Daily Sabah.

The F-35 issue along with Turkey’s recent request to procure dozens of F-16 fighter jets are expected to dominate the discussion during an expected meeting between President Recep Tayyip Erdoğan and his American counterpart Joe Biden on the sidelines of the G-20 summit.

The talks in Rome later this month are expected to see discussions on ways to formulate the billion-dollar payment the U.S. still owes Turkey under the F-35 Lightning II jet program. Ankara was removed by Washington from the program after it acquired S-400s air defense systems from Russia.

Pointing to the $1.4 billion payment Turkey made for the F-35 program, Presidential Spokesperson Ibrahim Kalın earlier this week said the request to buy F-16s could potentially solve the recent problems with Washington.

“In exchange for the money we paid, the expansion of our existing F-16 fleet and the modernization of the F-16s we have can be considered as an alternative,” he said during his interview with the Turkish daily, Milliyet.

“If the F-35 issue is not going to be resolved in the near term, then it’s only natural that we look at alternatives. Turkey is not without alternatives in the field of the defense industry,” he noted.

“The matter is just taking shape. After seeing the conditions, a final decision is made within the framework of our needs. Of course, the F-35 is an important technology, and our first choice is to buy the F-35s that we are entitled to. But due to the sanctions, we will not give up on the project of strengthening our fleet of combat aircraft. If this crisis with the United States is overcome, Turkey will enter the program again, we will get our F-35s there. If it is not resolved and the problem remains like this for a while longer, we will continue our search for an alternative,” Kalın added.

Echoing Kalın’s remarks, sources have told Daily Sabah that the expansion of Turkey’s existing F-16 fleet and modernization of the existing fleet could be considered an alternative in exchange for the money Turkey has paid so far.

Turkey recently conveyed its demands on this issue to its interlocutors in Washington.

Ankara, which still insists on being paid for the F-35s the U.S. had not delivered, will put all options on the table, including deducting $1.4 billion from the F-16 deal if the six F-35s are not given.

According to the information, Turkey has not closed diplomatic and military talks on the F-35 program and progress could be made on the issue following the leaders’ summit in Rome.

However, even if the Biden administration approaches the talks positively, there are question marks over the attitude of the U.S. Congress, which uses military purchases as a means of sanctions and pressure on the NATO member Turkey.

In the meanwhile, Ankara, which has made a significant diplomatic move toward the U.S. with its request to buy F-16s, has been also creating alternatives to maintain its air power as NATO's second-largest military.

The Turkish Air Force, which hosts one of the most operationally active air fleets in the world, continues to keep its current fleet strong with maintenance, repair and modernization efforts, despite the country’s expulsion from the F-35 program.

In this context, the F-16 Block 30 Structural Improvement Project, which was launched by the Presidency of the Defense Industries (SSB) in 2015 and is planned to be completed by 2023, is underway.

On the other hand, developments in the National Combat Aircraft (MMU) project, which gained pace after Washington’s F-35 decision, are continuing with domestic means. The TF-X, which is expected to replace the F-16s, is expected to make its maiden flight in 2023.

Elaborating on Turkey’s alternatives, Kalın said that the F-16s are an important part of Turkey’s and NATO’s air power and will continue to perform this function for a while longer.

Besides, he also pointed out Turkey’s rising drone dominance in the world. “As one of the strongest allies of NATO, we are already continuing our work in this area in the interests of our country. As for the construction of unmanned combat aircraft, Turkey is moving very fast. It is possible to develop technologies beyond existing combat aircraft. The unmanned combat aerial vehicle (UCAV) Akıncı is a very important step in this area. After five to 10 years, Turkey will achieve much more advanced projects in these areas with the help of domestic and national technology moves. Let no one doubt this. So, of course, we will defend our rights in (terms of) the F-35 and other areas, and embargoes will never reduce our resolve,” Kalın said.

Turkey is among six countries in the world that produce their own drones. The first drones that were used by the Turkish Armed Forces (TSK) were Baykar’s Bayraktar TB2 UCAVs, one of the best in the world in the category.

In the Turkish military, which has 245 F-16 warplanes, the number of UAVs has reached more than half that of the number of fighter jets.

Apart from the combat drones, smaller units include about 500 kamikaze KARGU UAVs, more than 200 mini-UAVs and another 1,500 Serçe UAVs that are being actively used by the Turkish security forces.

After passing all of its tests successfully, the landmark Akıncı drone recently entered the security forces’ inventory. It can fly to 40,000 feet (12,192 meters), can stay in the air for 24 hours. Only four countries in the world have the capacity to produce drones with similar features.