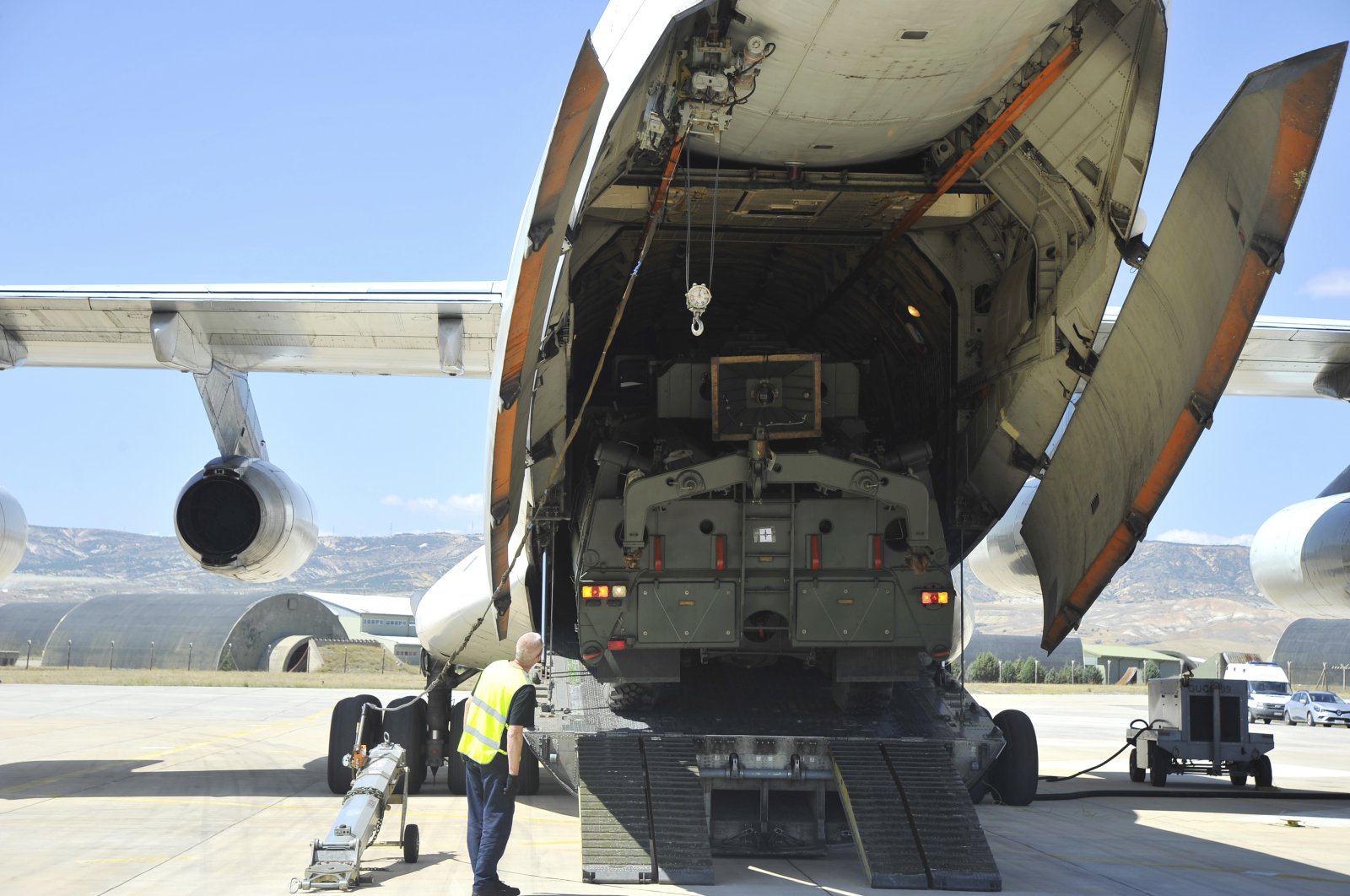 In an interview with American broadcaster CBS News, Erdoğan said Turkey would make its own choices on its defense systems.

The president explained that Turkey wasn’t given the option to buy American-made Patriot missiles and that the U.S. had not delivered F-35 stealth fighter jets despite a payment of $1.4 billion.

“Nobody will be able to interfere in terms of what kind of defense systems we acquire, from which country, at what level,” Erdoğan told CBS News correspondent Margaret Brennan in New York this past week.

“We are the only ones to make such decisions,” the president said, when asked if he intends to buy another round of S-400s.

When Brennan said, “that sounds like a yes,” Erdoğan answered, “Of course, of course, yes.”

Erdoğan’s comments came in excerpts released in advance of the full interview being broadcast Sunday.

Alexander Mikheyev, the head of Russia’s state-run arms exporter Rosoboronexport, said in August that Turkey and Russia were in the process of signing a new deal to supply Ankara with additional S-400 air defense units in the near future.

Days after, Erdoğan said his country had no hesitations about purchasing a second batch of the air defense system.

“Regarding ... the purchase of the second (S-400) package and so on; we have no hesitation regarding these matters. We have taken many steps with Russia, whether it be the S-400 or the defense industry,” he said.

Before departing New York, Erdoğan told journalists that relations with President Joe Biden had not started well despite what he called his good work with previous U.S. leaders during his 19-years at Turkey’s helm.

“I cannot honestly say that there is a healthy process in Turkish-American relations,” Erdoğan said Thursday.

He also told Turkish media that Turkey would buy new missile defense systems if needed and that it was already developing its own.

“We will of course reach an important decision in Turkey-Russia relations,” Erdoğan said.