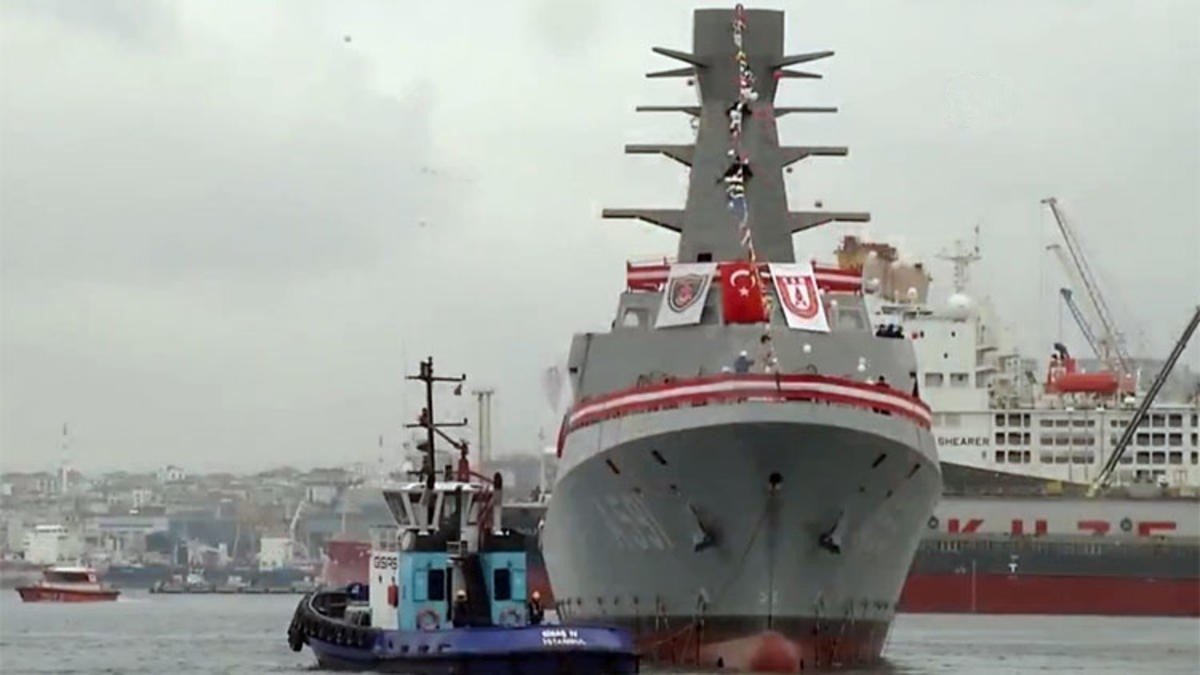 Turkey’s Naval Forces Command will receive the Test and Training Ship A-591 Ufuk on Jan. 14, the country’s first intelligence collection ship developed and built with national resources and capabilities.

The delivery ceremony to be held in Istanbul Shipyard is expected to be attended by President Recep Tayyip Erdoğan.

Turkey, which has become one of the few countries that can build its own warships, continues its efforts to increase its naval power. The Ufuk ship marks another naval platform recently built by the Turkish defense industry and will be at the service of the security forces.

The ship was developed as part of the broader domestic ship design and development project MILGEM (National Ship) – under the scope of which four corvettes were delivered to the navy and a frigate was launched.

The Ufuk was launched on Feb. 9, 2019, with a ceremony also attended by Erdoğan.

The A-591 Ufuk corvette, with its command control, electronic systems, test and training system equipment to be provided by Turkish defense giant Aselsan, is tailored to be used in signal and electronic intelligence missions (SIGINT/ELINT) as well as meeting the test and training vessel requirements of the Turkish navy.

The A-591 Ufuk can cruise continuously for 45 days in international waters and under severe climate and sea conditions.

In today's world where preventive intelligence, especially signal intelligence, is gaining more and more importance, the Ufuk corvette is expected to fill a huge gap for Turkey’s maritime capabilities.