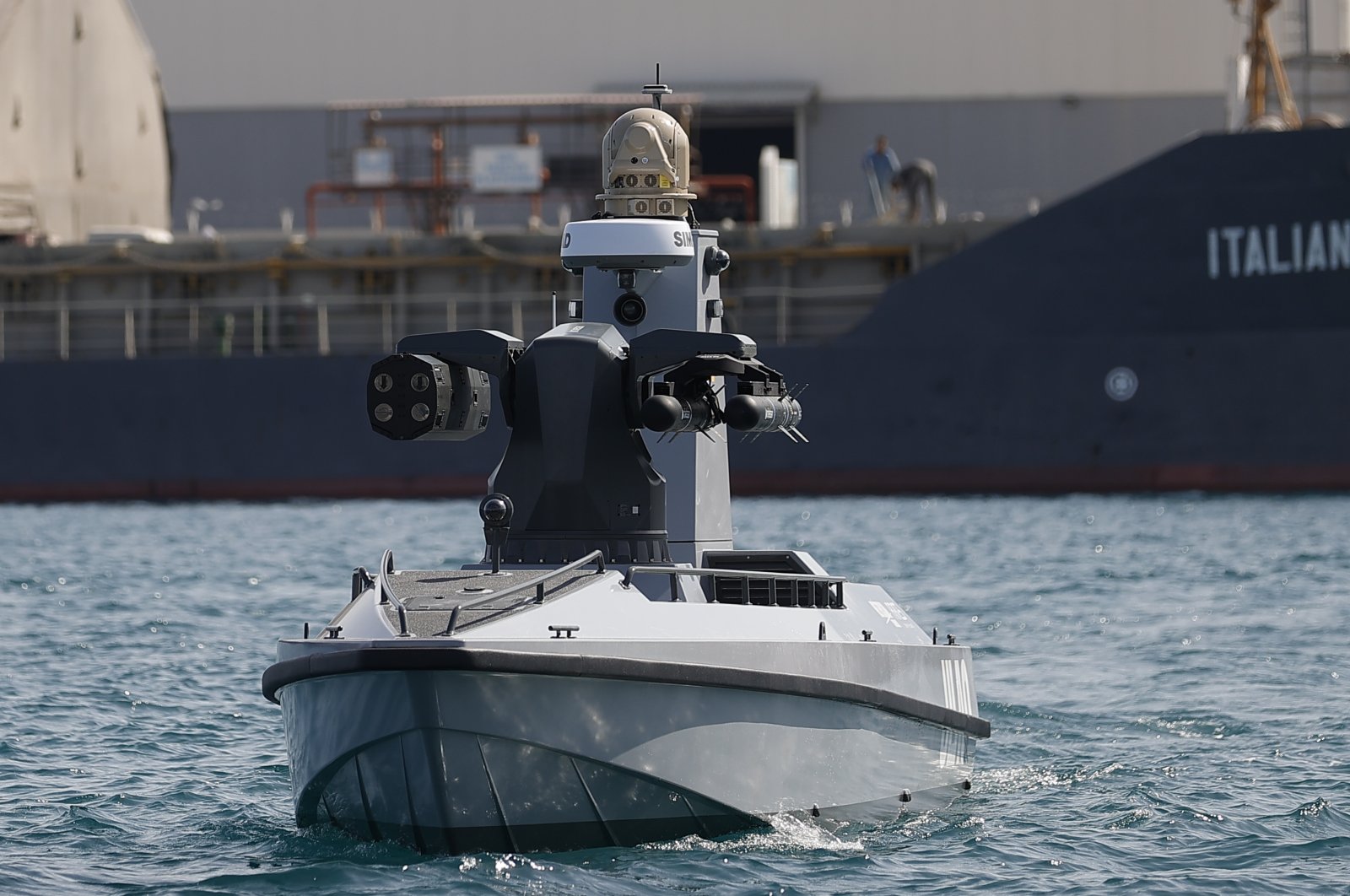 The AUSV craft equipped with Roketsan missiles is seen in the Mediterranean Sea off Antalya, southern Turkey, May 8, 2021. (AA Photo)
by DAILY SABAH May 27, 2021 1:39 pm
Edited By Ayşe Betül Bal
RECOMMENDED

Turkey’s first armored unmanned surface vessel (AUSV), the first marine craft of the ULAQ project, has hit a target with pinpoint accuracy in its first firing conducted as part of the ongoing Sea Wolf (Denizkurdu) 2021 military exercise, which was launched by the Turkish Navy simultaneously in the Eastern Mediterranean and the Aegean Sea, the National Defense Ministry said Thursday.

The ministry shared the statement via its Twitter account with video footage showing the marine craft firing. The craft was developed by Ares Shipyard in cooperation with Ankara-based Meteksan Defense Industry Inc.

“Developed with national resources, the AUSV successfully fired its first shot in the Sea Wolf 2021 exercise and hit the target with full accuracy,” the statement read.

The unmanned platform was initially launched at sea in January and began trial trips. Then in May, it was announced that the AUSV was ready to launch missiles.

The production of the coast control station, which was developed to control the craft from land, has also been completed.

The AUSV came as a result of three years of research and development (R&D) activities by both companies. It has a cruising range of 400 kilometers (249 miles), a speed of 65 kph (40.3 mph), day and night vision capabilities and a national encrypted communications infrastructure.

The remote-controlled, autonomous unmanned marine product can be operated in land vehicles and from the headquarters command center or on floating platforms. It can carry out tasks such as reconnaissance, surveillance, intelligence, surface warfare, asymmetric warfare, armed escort and force protection along with strategic facility security.

The Sea Wolf military drill that is being carried out by the Turkish Naval Forces Command in the Aegean Sea and the Eastern Mediterranean, began May 25.

A total of 132 ships, 10 submarines, 43 aircraft, 28 helicopters and 14 unmanned aerial vehicles (UAVs) are participating in the exercise. In addition to land and air forces personnel, cooperation projects with 10 public institutions and the Turkish Red Crescent is also taking place during the drill.

An estimated 25,500 personnel are estimated to be on the field as part of the drill and cooperation projects.