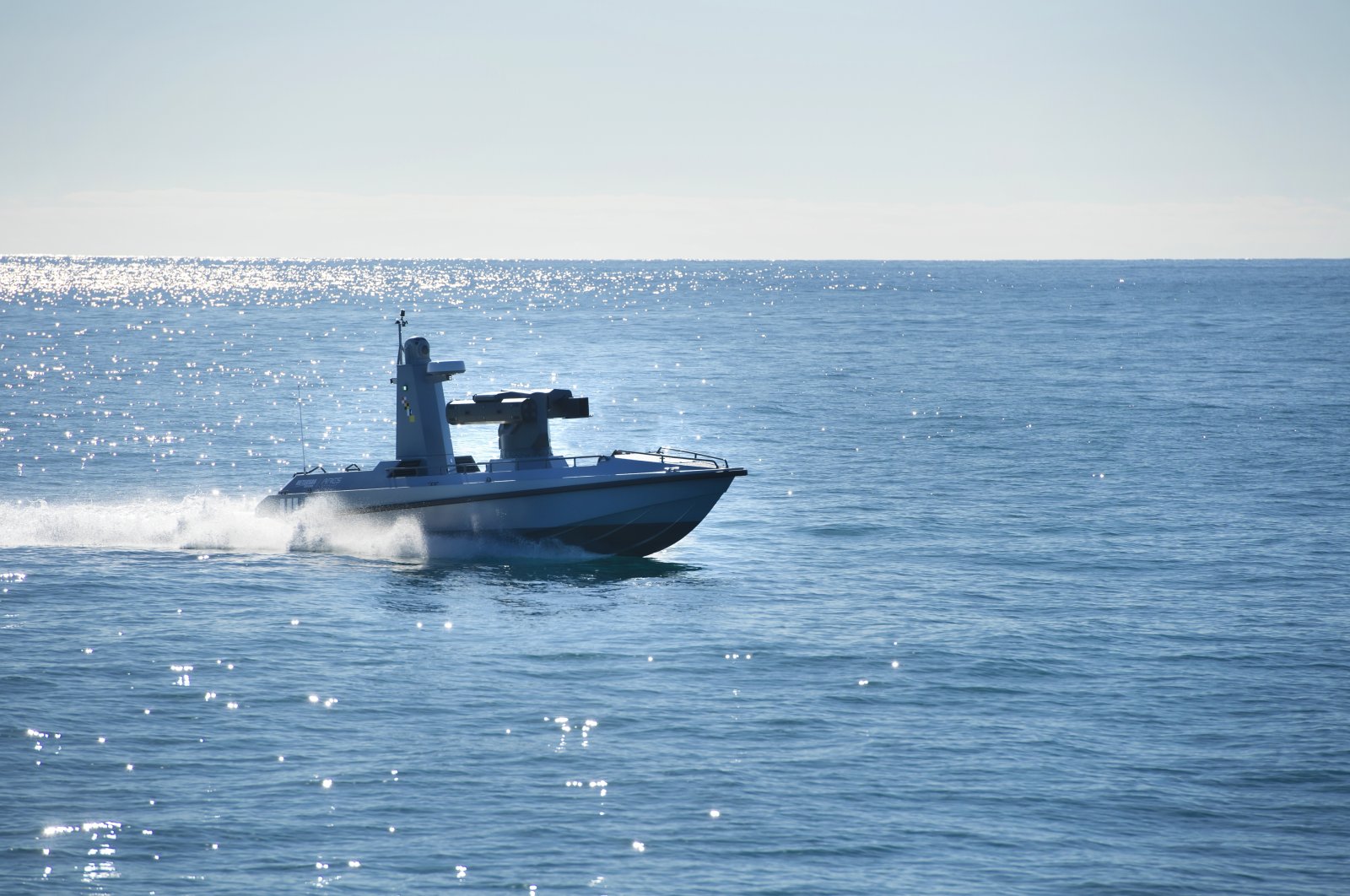 Now that the trial trips for the domestic AUSV have begun, the second stage will be the firing tests after the completion of the tests to be conducted at sea, according to officials.

Releasing a joint statement, Ares Shipyard General Manager Utku Alanç and Meteksan Defense General Manager Selçuk Alparslan said that they are all aware of the importance of the defense of the seas surrounding Turkey, which is dubbed the “Blue Homeland," along with the security and protection of the country’s maritime continental shelf and the exclusive economic zone (EEZ).

“In this context, we came together as two private companies and started the ULAQ project, keeping our national interests in the foreground, and being aware of the fact that this is also an example in the defense industry, we continue our work day and night in great cooperation,” the statement said.

The officials of the companies added that from now on, the goal will be to complete sea tests and perform guided missile firing tests.

“Since the first day of the introduction of ULAQ, we have received significant attention from both our country and from friendly and allied countries,” the statement noted, adding that this interest enabled them “to work with great motivation to design and manufacture the world's best unmanned marine vehicles.”

The AUSV came as a result of three years of research and development (R&D) activities by both companies. It will have a cruising range of 400 kilometers (249 miles), a speed of 65 kilometers per hour (40.3 miles per hour), day and night vision capabilities and national encrypted communication infrastructure. The remote-controlled, autonomous unmanned marine product can be operated by land vehicles and from the headquarters command center or floating platforms and can carry out tasks such as reconnaissance, surveillance and intelligence, surface warfare, asymmetric warfare, armed escort and force protection along with the strategic facility security.

As the leader of its class with its 8-kilometer range, the Cirit missile can be integrated into land and sea platforms, as well as helicopters, fixed-wing aircraft and unmanned aerial vehicles (UAVs). The precision-guided anti-tank missile system L-UMTAS stands out as an effective weapon system against both land and sea targets with its range, laser guidance and armor-piercing tandem warhead.

Both weapon systems are equipped on ULAQ together with Roketsan’s stabilized turret system and shipboard equipment.

In the coming period, the unmanned watercraft will also be equipped with different types of payloads to respond to different operational needs, such as electronic warfare, jamming and different communication and intelligence systems, as well as missile systems.

Additionally, the vessel is set to operate with other similar unmanned marine crafts and perform joint operations with UAVs, unmanned combat aerial vehicles (UCAVs) and manned aircraft. The prototype of the vessel was initially completed in December.

The ULAQ project was the first phase of a series of unmanned vessel projects by the Ares Shipyard and Meteksan Defense, and the next step is said to be for the manufacturing of unmanned marine vehicles for intelligence gathering, mine hunting, submarine defense warfare, firefighting and humanitarian aid or evacuation.