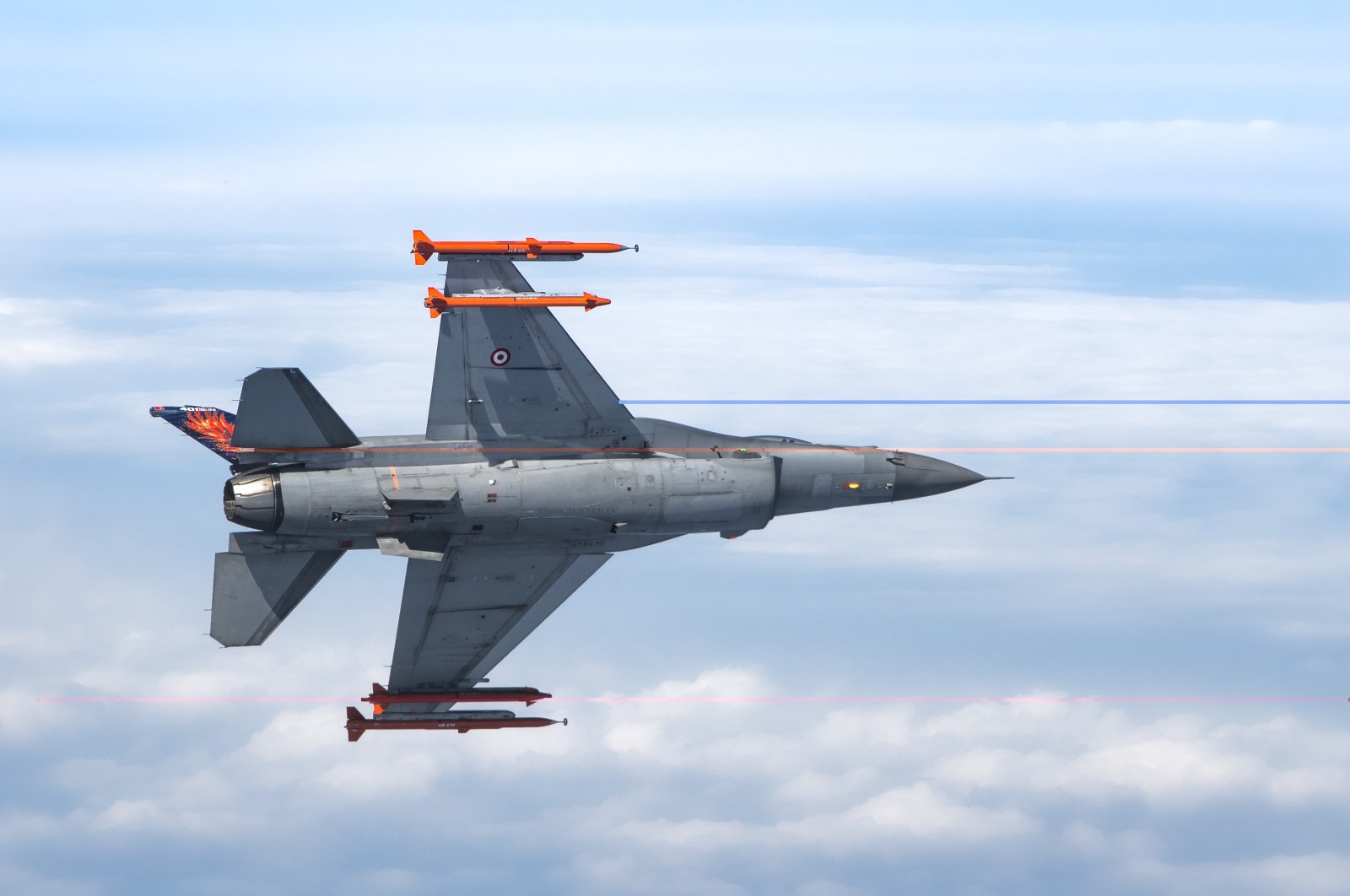 Bozdoğan and Gökdoğan air-to-air missiles are seen attached to a fighter jet in this undated photo. (Courtesy of TÜBITAK SAGE)
by DAILY SABAH Apr 14, 2021 11:23 am
Edited By Ayşe Betül Bal
RECOMMENDED

Turkey has become one of the few countries to own air-to-air missile technology, President Recep Tayyip Erdoğan said Wednesday as homegrown missile Bozdoğan successfully hit the target after being fired from a jet for the first time.

"Our air-to-air in-sight missile Bozdoğan, developed by our young technicians and engineers in the Göktuğ project, hit the target at the first shot," he said, thanking the developers of the missile.

In recent years, Turkey's defense and aviation companies made significant achievements in research and development, as well as production and export.

The Bozdoğan completed its guided launch pad test firing in November 2019 and was set to enter the inventory of the Turkish Armed Forces (TSK) after it completes air-launch tests and is integrated into military aircraft.

Bozdoğan, along with Gökdoğan, another homegrown system, a beyond visual range air-to-air missile (BVRAAM) are being developed under the Göktüğ project run by the Scientific and Technological Research Council of Turkey's (TÜBITAK) Defense Industries Research and Development Institute (SAGE).

Following their introduction at the International Defense Industry Fair (IDEF) in May 2017, both missiles underwent ballistic launches from the ground. These tests measured the rockets' engine performance, without guidance and the ability to destroy targets. The tests were successfully completed in the Black Sea province of Sinop in northern Turkey.

Both missiles are equipped with high thrust-low smoke solid fuel technology, a full electronic rocket engine safe start and ignition system with high reliability and safety level, and a continuous fuse for high safety and reliability.

The Gökdoğan in January last year successfully completed a test by fully engaging the target.