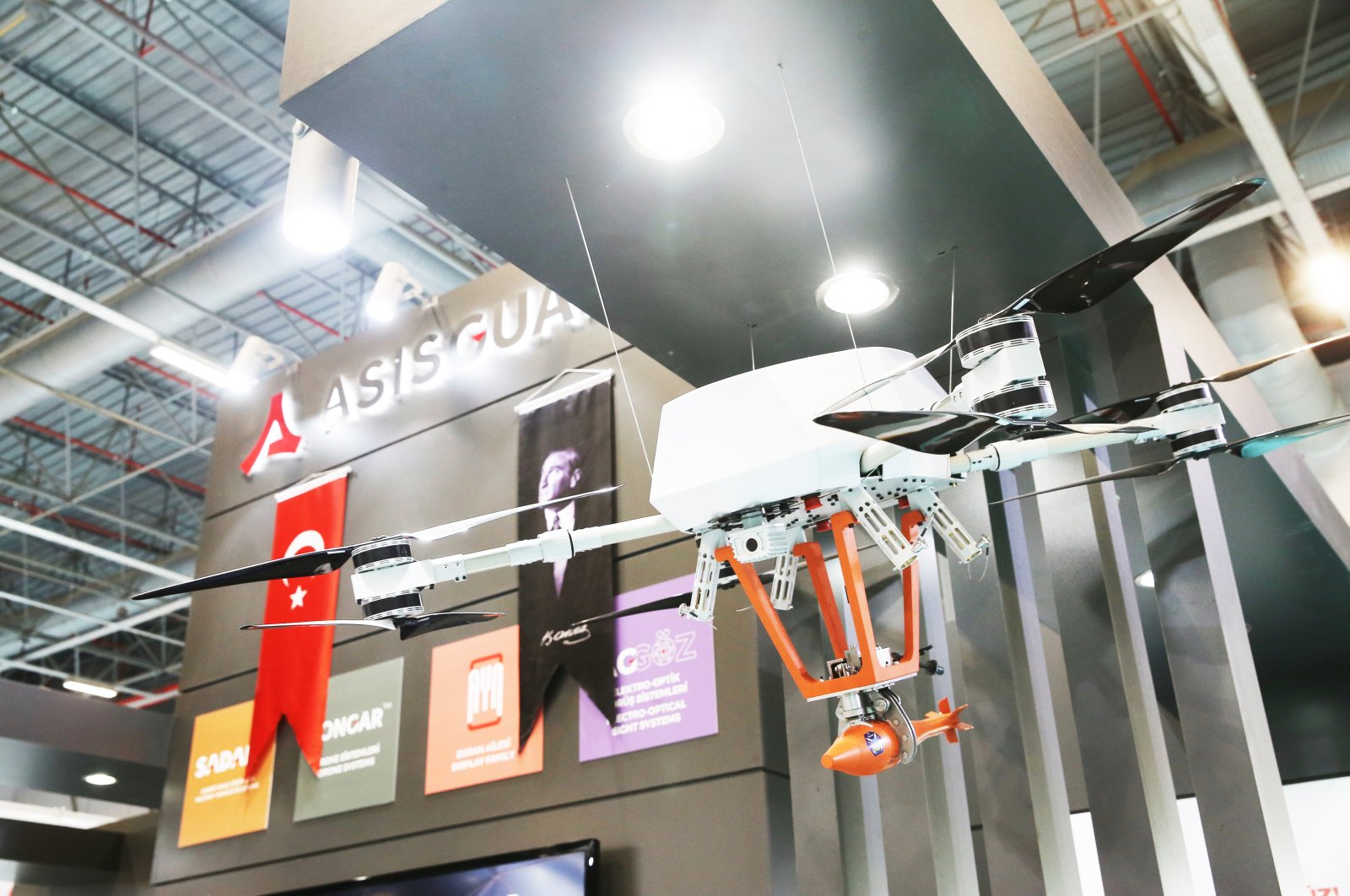 After opening its doors on Wednesday, the four-day event is showcasing Turkey's defense products including UAVs, weapons, radar systems, and land and naval vehicles.

There are also panels on various topics such as the space program, defense industry cooperation and engine development.

Düzgün said his firm aims to provide a single type of drone with various payloads instead of designing different drone types.

For next steps, he said the firm plan to equip the drone with smoke bombs so it can help stop riots.

Work to equip the drone with a high-power laser system is ongoing, and during the expo a protocol will be signed by Asisguard, Turkish defense firm Havelsan, and the Informatics and Information Security Research Center of the Scientific and Technological Research Council of Turkey (TUBITAK BILGEM), he said.

In addition, work on a missile option is proceeding rapidly, he added.

"R&D is like planting seeds, you have to continue for a long time," he stressed.

On exports, he said the drone has been exported to two countries so far and that talks with three countries have come to the signing phase.

He stressed that the firm first tries new payloads in Turkey, and then offers them to other countries.

In recent years, Turkey has become a rising star in the global defense and aviation industry.

Especially in aviation and UAVs, Turkey has several companies and brands such as Baykar and TAI which produce aerial vehicles using mostly local resources.