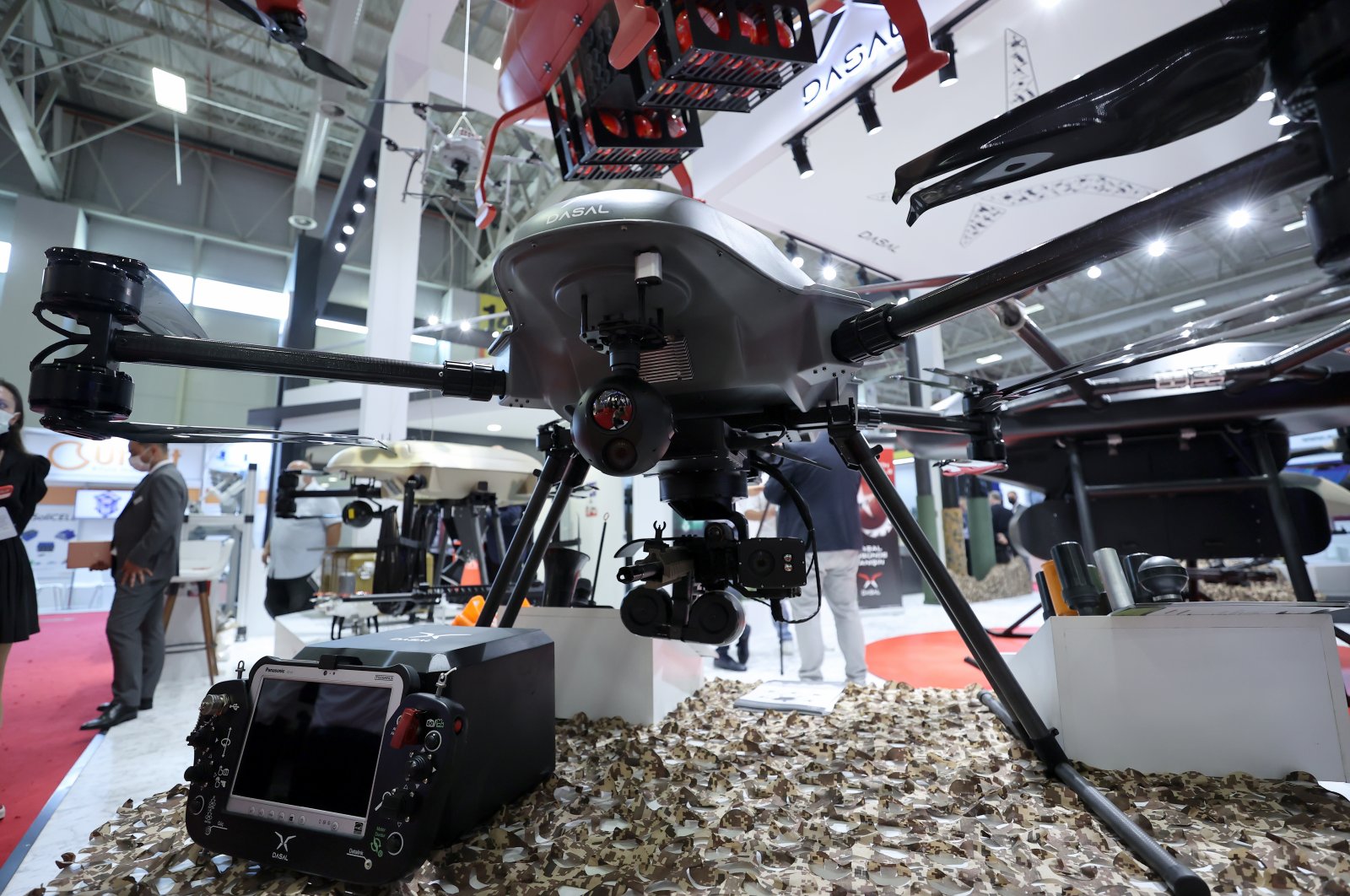 Turkish defense industry has produced a new type of unmanned combat aerial vehicle (UCAV), the Doğan, which is equipped with an Infantry Automatic Rifle (IAR).

It was developed by Dasal Aviation Technologies, a partnership between defense giant Aselsan and Altınay.

Doğan, unlike its competitors, was developed as an integrated defense and deterrence platform with a 5.56-millimeter automatic infantry rifle mounted on a pedestal with two-axis stabilized mobility.

Thanks to the systems that Dasal Aviation Technologies engineers developed locally using artificial intelligence (AI) and image processing technologies, Doğan can function with the ability to detect, identify and focus on a tracked target by processing the images taken from the camera on it. The UCAV can carry between 100 and 200 rounds of ammunition, depending on preference and need.

Doğan is designed to increase the user's options in accordance with the mission scenario with single or serial firing modes, and to hit the target directly with a high accuracy rate or to put them under pressure fire, thanks to its software. The UCAV’s anti-jammer feature makes it very difficult to neutralize.

Project manager at Dasal Aviation, Caner Yüksel, told Anadolu Agency (AA) that the company has been conducting test-flights and firing tests and that these steps have reached an end with the official launch during the fair.

Explaining that the recoil of the automatic infantry rifle on Doğan is damped with a specially developed system, Yüksel said that pinpoint accuracy is possible while shooting thanks to the high stabilization achieved with this system.

“We plan to use Doğan effectively in the field, as it has the ability to detect, examine and describe threats far beyond what the human eye can perceive, with systems such as thermal cameras and day and night cameras on it,” the company official said.

He added that as a result of the conducted tests, which were aimed at upgrading the system per the needs occurring in the field, the parts of the drone that carry useful payload, meaning the arms, were particularly upgraded.

“The projectile carrying capacity has been increased,” he said, noting that this is a product that can rotate 360 degrees, can shoot with pinpoint accuracy and is additionally very easy to use.

Yüksel said that the latest version of the Doğan will conduct a demonstration flight and one last firing test before it is expected to enter the inventory.