Turkey's defense firm Havelsan 'has potential to be world-renowned’ 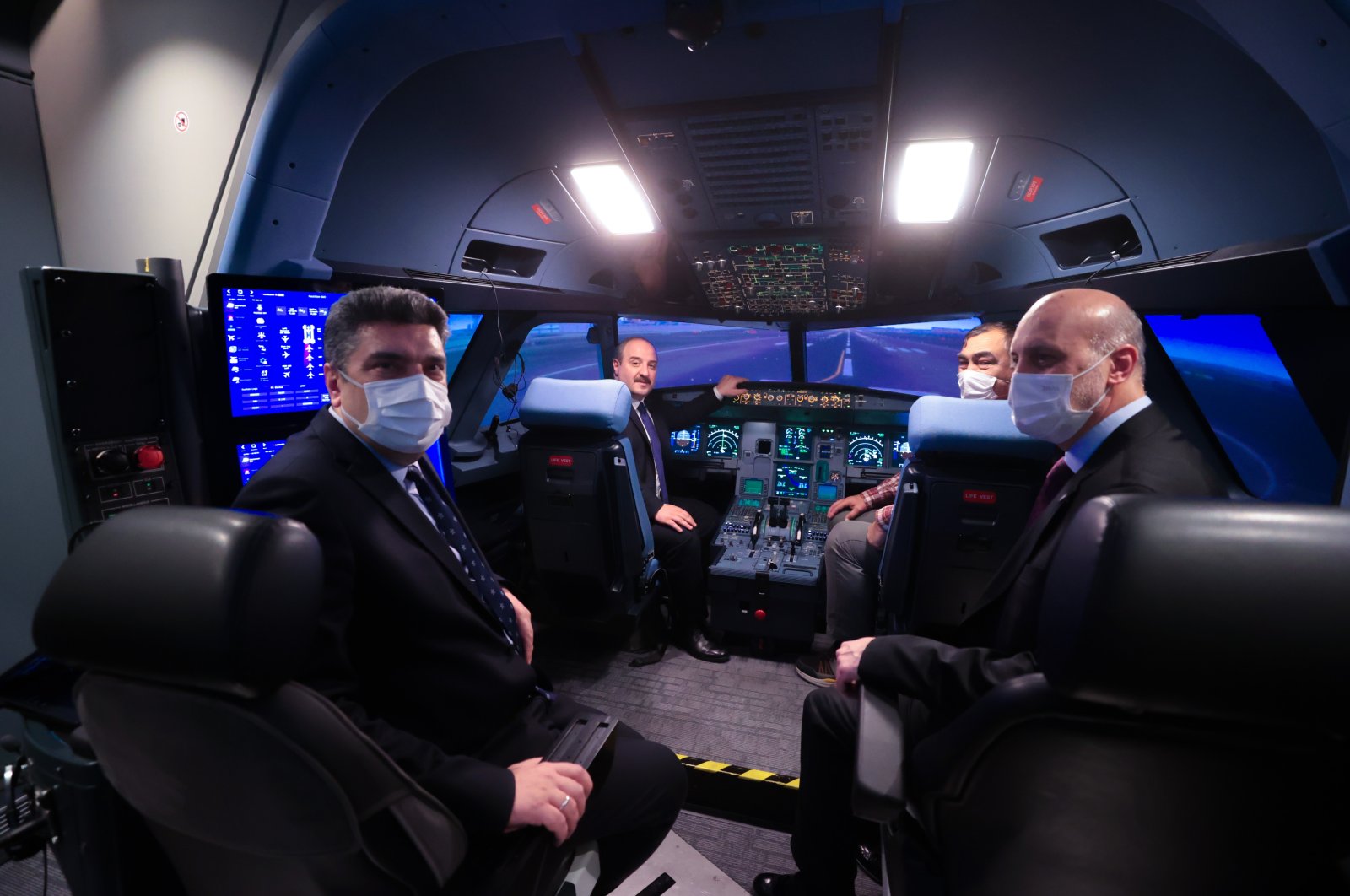 Turkey’s leading software and hardware company operating in the defense sector, Havelsan, is not only a brand in Turkey in simulation technologies but also a firm with the potential to become globally renowned, Industry and Technology Minister Mustafa Varank said during his visit to the company’s complex in the capital Ankara.

“In addition to flight simulators, they can also develop simulators for land vehicles and personnel training. We just tried the sniper simulator,” Varank said.

Varank, who evaluated the projects of Havelsan emphasized that the company is particularly strong in the field of command-and-control systems.

The minister said that they attribute great importance to the projects of Havelsan that both meet the information technology and cybersecurity-related needs of Turkey, while they can produce products that have the potential to make it a world-renowned brand.

During the visit, Varank was welcomed by Havelsan Chairperson of the Board Mustafa Murat Şeker and General Manager Mehmet Akif Nacar.

Varank examined Havelsan's solutions including the Virtual Maintenance Training System, the F-16 simulator and the Airbus A320 full-flight simulator at the Simulation, Autonomous and Platform Management Technologies Center.

Having learned about the systems developed and produced by Havelsan, Varank tried out the sniper training simulator and successfully hit a target 600 meters (1,970 feet) away. Varank also examined the middle-class multipurpose unmanned ground vehicle (UGV) Barkan and other systems.

The Barkan is the second type of vehicle in this class developed by the company, the first being the Alpan that was announced last year.

In 2020, Havelsan completed the development of its UGV, Alpan, and has now turned its attention to developing herd intelligence for unmanned land, air and underwater vehicles to allow them to better coordinate. The unmanned vehicle was developed as a robust unit thanks to its durable construction as well as its engine control system compatibilities, battery monitoring system, environmental sensors such as LIDAR and RADAR, data fusion unit, artificial intelligence module, health condition monitoring system, and camera and imaging systems.

Varank, referring to Havelsan's new facility in Ankara, said that the company will be able to produce even more successful products with the opening of this facility.

Pointing out that the company sells products in the fields of simulation and other technology to Western countries along with the Middle East and the Far East, Varank said: "The company has projects related to information security and command control systems in the Middle East. It has close relations with Qatar and the Gulf countries and monitors the projects there. It also follows defense industry projects with friendly and allied countries like Malaysia and Indonesia.”

The minister said that the upcoming period will see the existing cooperation maintained globally as Havelsan is now focused on similar projects for other countries, while also meeting the needs of the Turkish land, air and naval forces with domestic means.