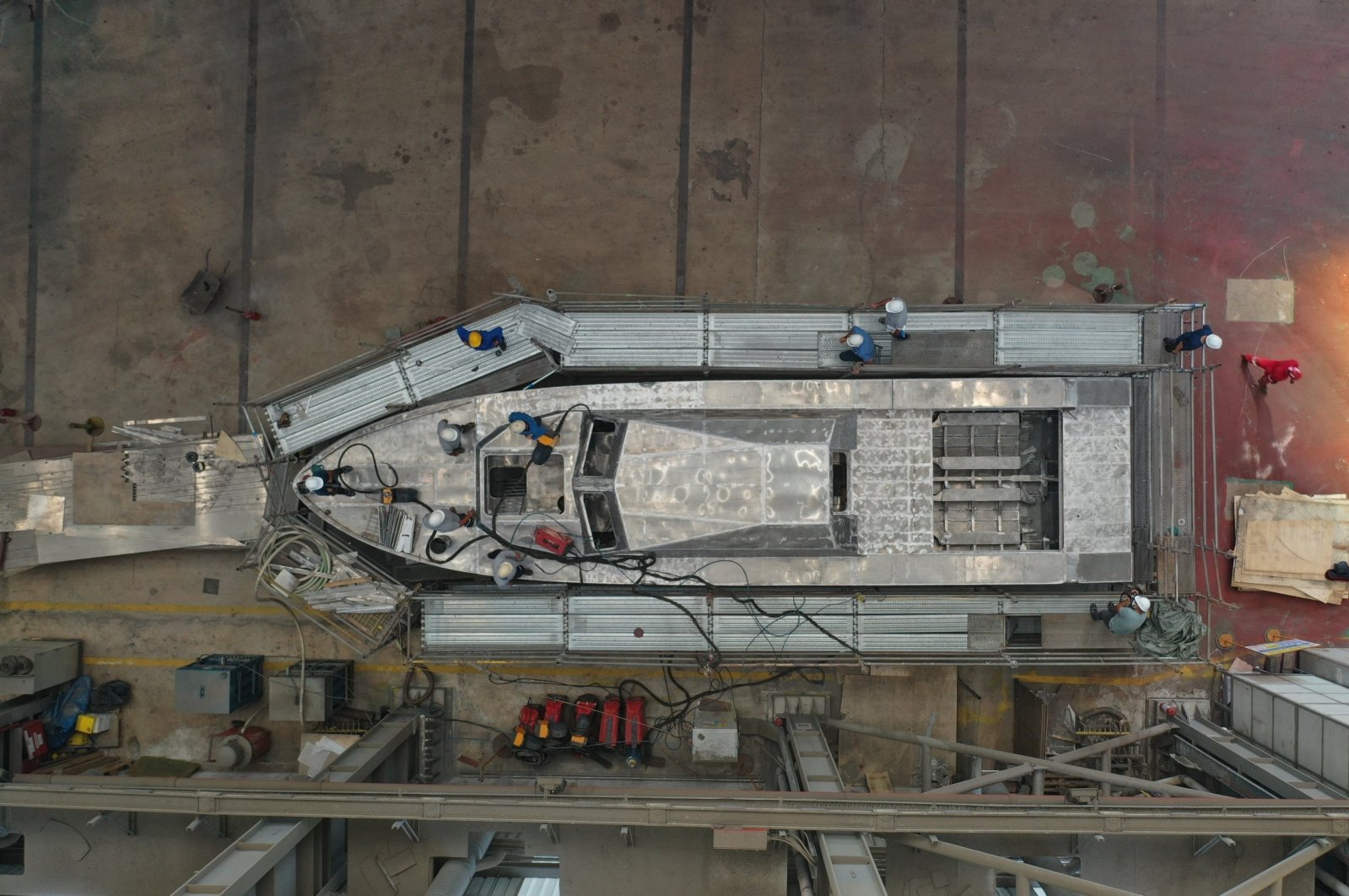 Turkey’s fleet replenishment vessel (DIMDEG) is set to function within several missions, jointly operating with unmanned marine vessels, according to an official Tuesday.

Veteran Col. Mustafa Civelek, who is a strategic and unmanned systems general manager at the Sefine Shipyard, responsible for the development of the DIMDEG project, made the related statements during the Defense Logistics and Support Summit (DLSS) held in the capital Ankara.

The first ship of the project, TCG Derya is expected to be delivered to Turkey’s Naval Forces Command by September 2023.

Meanwhile, the design of the replenishment vessel has also changed with the vessel now being integrated with four turrets instead of two, and will have an additional 16 tons of helicopter carrying capacity. The maximum number of personnel carrying capacity has also reached 326.

Commenting on the vessel’s joint operation with unmanned marine platforms, Civelek said this kind of solution will ensure the efficient use of time and resources.

“Another use of operation can be exemplified as enabling self-protection capability other than the main task of the ship to the ship against various threats with armed unmanned vessels," he said, "as those unmanned vessels can also escort other ships in the sector/fleet."

Sefine Shipyard continues to work on the Autonomous Unmanned Naval Vehicle family, which can be equipped with different payloads such as anti-tank missiles, torpedoes, intelligence equipment, jointly with Turkish defense giant Aselsan.

DIMDEG will meet the fuel, water, food, oil, ammunition and other needs of the surface elements. It can also be used as a command ship and training ship within the capabilities of its war operations center, task group command center and war management system.

The vessel will have the capability of resupplying three ships at the same time and resupplying helicopters via air. It has the ability to reach a speed of 24 knots with the gas turbines in its propulsion system.