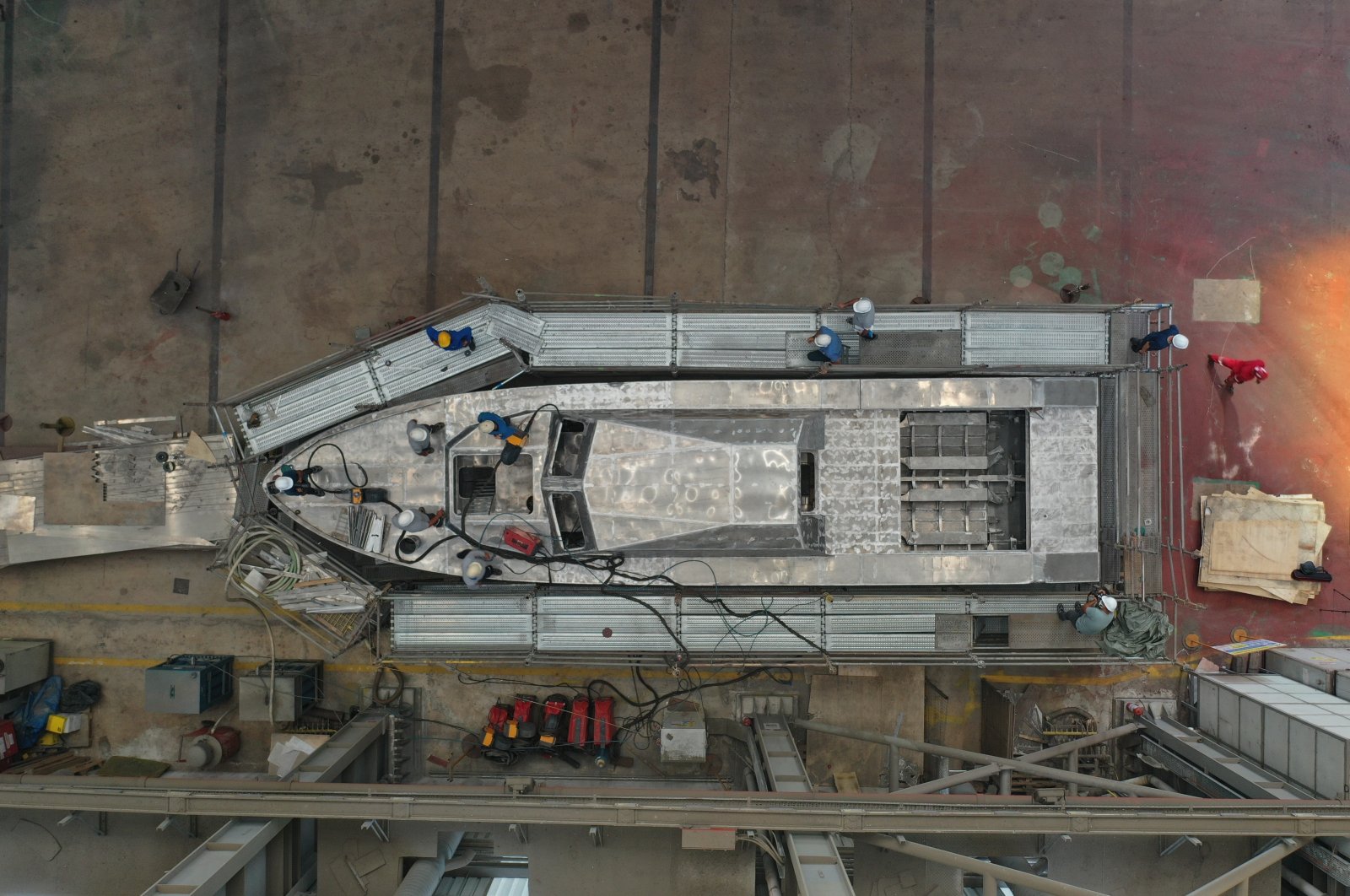 Turkish defense industry giant Aselsan and local shipyard Sefine Shipyard have been working on unmanned marine platforms. Significant progress has been made in the development and production of an armored unmanned surface vessel (AUSV) and unmanned anti-submarine warfare (ASW) vehicle that will contribute to the security of the seas surrounding Turkey dubbed “Blue Homeland.”

The construction of the AUSV has already started and continues at the shipyard without losing momentum, while the sheet metal cutting of the ASW vessel was also completed and construction has now begun.

The vehicles are planned to be launched soon, which will be tested at sea and ready for use by the end of the year.

Both vessels will be able to reach speeds of more than 40 knots (74 kilometers per hour). The autonomous sea vehicles that can serve for about four days without the need for resupply by exceeding a range of 600 nautical miles, will be able to conduct several missions and offer navigational opportunities, even in the most difficult sea conditions, with their high maneuverability capability and speed.

Seymen explained that they developed these two unmanned sea vehicles with Aselsan within the framework of their research and development (R&D) project.

Noting that the design of the vehicles they produced as prototypes belongs entirely to their shipyard, Seymen said that the software, meanwhile, was developed by Aselsan entirely with national means.

“Rocket systems are provided locally by Roketsan and Aselsan,” he added.

Seymen stated that the use of autonomous sea vehicles by navies is not very common in the world at the moment and that certain countries are working in this field.

“We, as Sefine Shipyard, want to serve our country by closing this gap in our country,” he said.

Commenting on the features of the vessels, Seymen said the AUSV will be able to navigate safely with its navigational radar and by processing the images it receives via electro-optical cameras.

It bears various communication channels with the control unit, he added, and that the vessel will be used in the protection of critical bases and ports.

“It can be used for reconnaissance, surveillance and patrol purposes as well,” he added, noting that it can be transported by warships or any kind of floating platforms and thus can be used in any region.

“This vehicle will be the first submarine defense vehicle to be produced for our Naval Forces,” Seymen said, noting it will be able to conduct ASW missions, detect submarines and attack with torpedo and ASW rockets.

Explaining that they can also use these vehicles to protect critical ports against submarines, Seymen said, "We are planning to complete the cruise tests at the end of 2021, have the vehicles ready,” and “share the good news soon.”

Turkey has already test-fired with its first AUSW, produced jointly by Ares Shipyard and Ankara-based Meteksan Defense Industry Inc., in a naval drill.

The duo most recently announced that they are working toward producing an unmanned ASW vehicle as well.