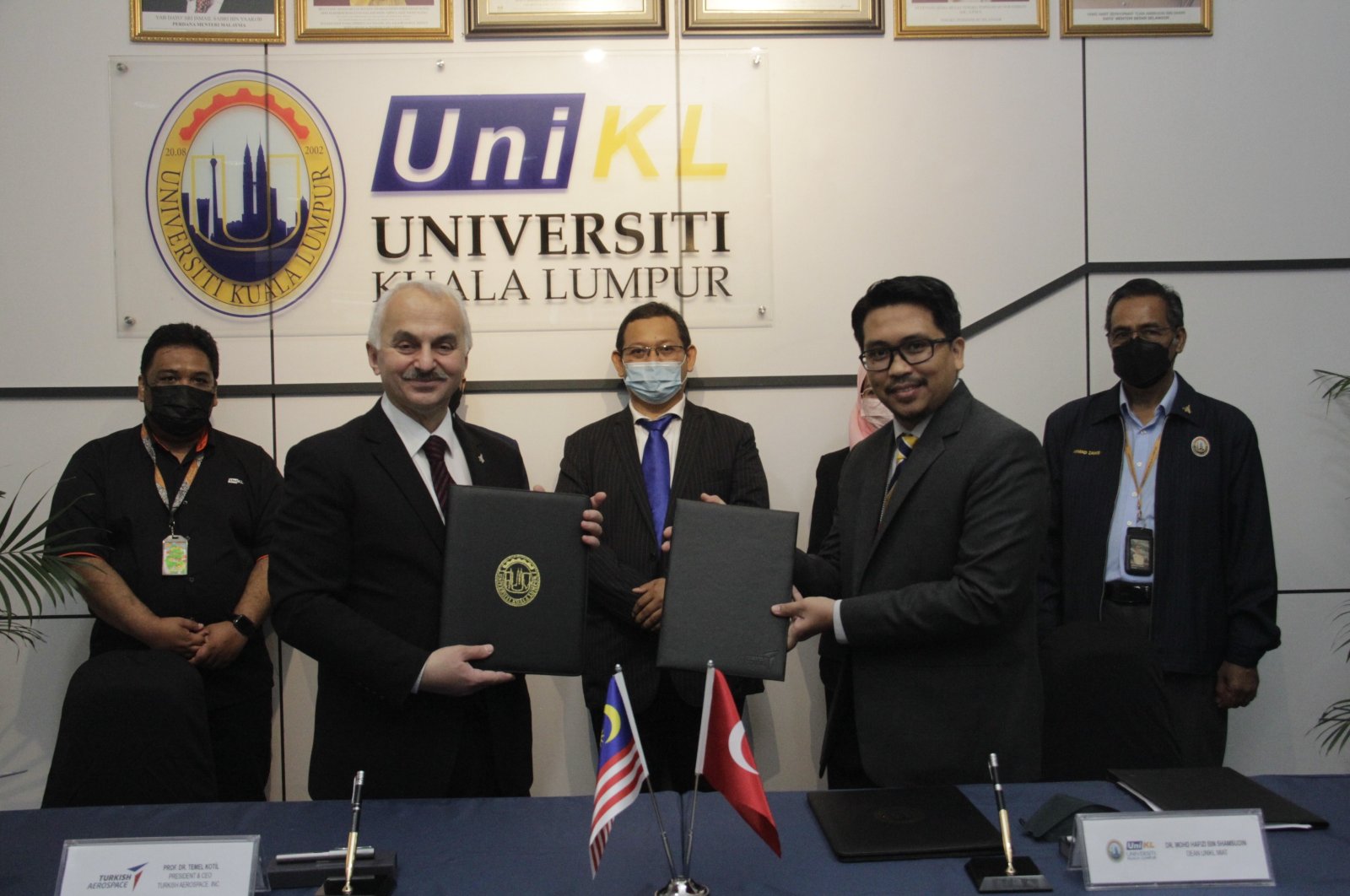 Turkish Aerospace Industries (TAI) and a Malaysian aviation technology institute have signed an agreement on educational and technical cooperation in the field.

According to a press release issued by the Turkish aerospace company on Thursday, the agreement signed in Malaysia with the Kuala Lumpur-based Malaysian Institute of Aviation Technology (UniKL MIAT) will provide a collaborative framework in which the two organizations will work on human capital, faculty and academic program developments.

"The collaboration will focus on programs in areas such as aerospace design and engineering, manufacturing, system integration and maintenance, repair and overhaul for both light aircraft and drones," it said.

"This partnership could allow us to jointly meet the demand for highly qualified professionals in the aerospace industry while assisting Malaysia to become a regional aerospace champion in this region," TAI head Temel Kotil said in the statement.

UniKL MIAT Dean Mohd Hafizi Shamsudin expressed his support for the partnership, aiming to establish an industrial center of excellence in aeronautical design and engineering, aero manufacturing and system integration.

Earlier this week, the TAI and Ukraine's National Aerospace University signed an education and research partnership agreement as well.

The TAI has opened its first office, an engineering and design office in Southeast Asia in Malaysia, which was inaugurated last month.

The company said at the time it is committed to continuing its investments and collaboration in Malaysia for the development of new generation technologies, particularly in the field of the defense and aviation industry.