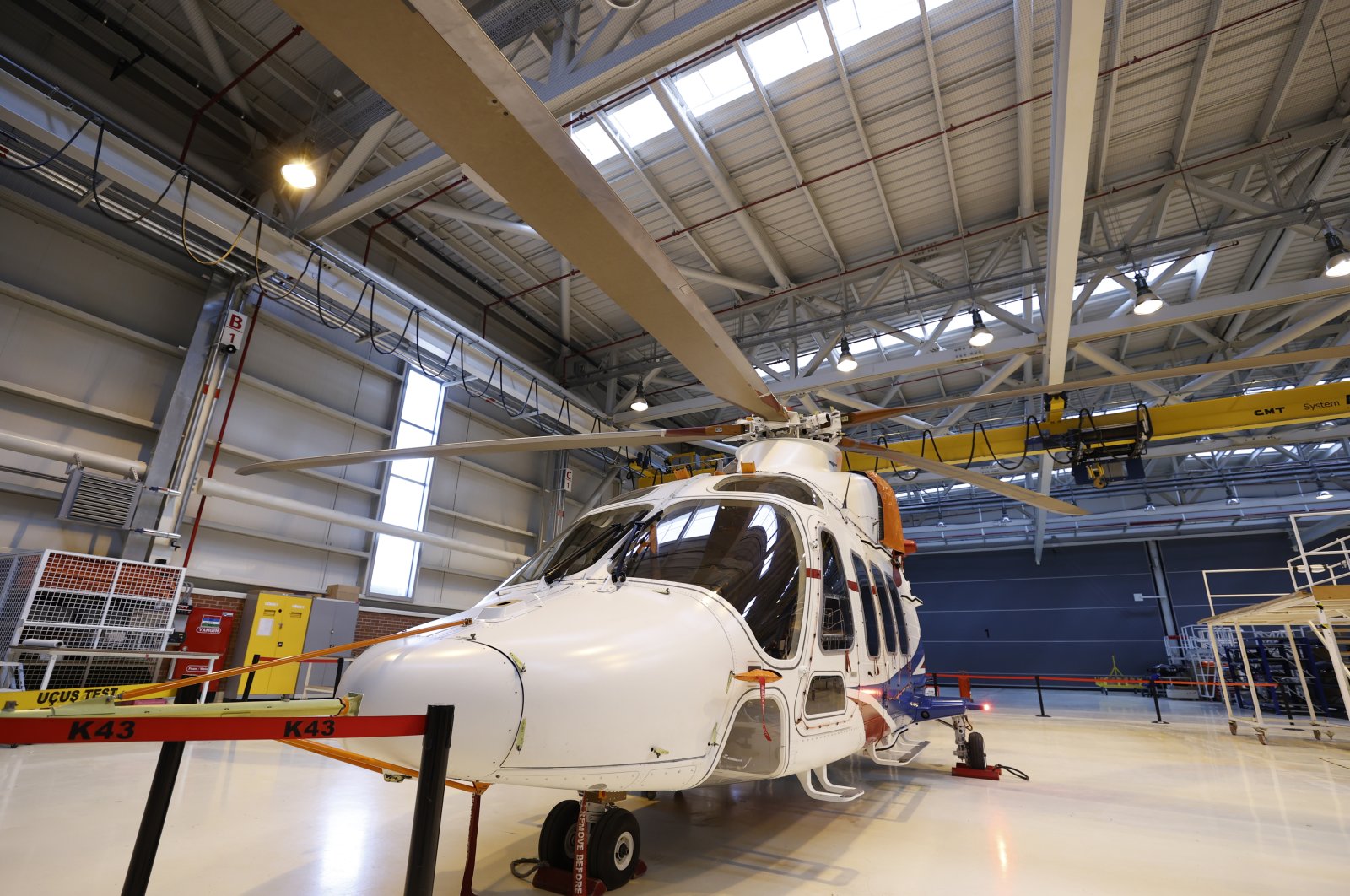 Turkish Aerospace Industries (TAI), which is carrying out a much-needed series of projects for both civil and military aviation, has taken an important step toward being able to offer domestically designed and produced large-scale helicopters after having obtained design organization approval for the proposed series of aircraft.

TAI Organization Approvals Manager Yetiş Uysal told Anadolu Agency (AA) that certification studies are a process in which the helicopter’s suitability for flight is documented and that the process will be completed with the receipt of the type certificate given to the aircraft.

Uysal said that TAI was proud to have received the design organization approval certificate from the General Directorate of Civil Aviation (SHGM). The certificate in question is a document that certifies the adequacy and competence of the designing organization.

Meanwhile, the flight tests of the T625 Gökbey helicopter, Turkey's first indigenous multi-role helicopter, are continuing. Uysal noted that TAI monitors the parts of the helicopter with test devices utilizing the latest technology. "(We) record them, analyze them and check whether they fulfill the requirements of the certification one by one,” he said

Uysal said that when these tests are completed, the results will be submitted to the SHGM to receive the type certificate. A type certificate signifies the airworthiness of a particular category of aircraft according to its manufacturing design and it confirms whether the aircraft is compatible with the air law in the country and suitable for mass production.

Explaining that the design organization approval is a class-based certificate, Uysal said that TAI first received this certificate in the small aircraft class while developing the Hürkuş training aircraft in 2014.

“This time, on the occasion of Gökbey, we are receiving it for large helicopters. Every time we develop a small aircraft or a large helicopter from now on, we will already have the design organization approval. We do not need to get it again. We will need to obtain the type certificate separately for each aircraft or helicopter we will develop. We will not need to get the preliminary certificate,” he said.

Speaking on the fact that the type certificate reveals that the aircraft and the helicopter are airworthy, Uysal said that providing assurances that “an aircraft is safe means enabling users to buy it with peace of mind.”

He said that these are very important documents in the world market for the users to safely purchase their product.

Uysal further added that the Gökbey was developed as a helicopter that can perform many civilian tasks while meeting the needs of military users.

Military equipment required by different missions will also be certified and integrated into the helicopter, he said.

“We will be on the market with this helicopter’s many variations and configurations.”

Abdurrahman Uğurlu, a TAI flight line chief technician, separately said that they carried out the planned activities so that the helicopters arriving on the flight line could operate safely.

Uğurlu stated that they try to prepare the helicopter in the best way in accordance with aviation quality rules and entrust it to the pilots.

Gökbey’s planned maintenance and repairs of the equipment were carried out with a team of 19 employees, Uğurlu informed.

"We are excited to work on this project,” he said, noting that they work with devotion and responsibility on such an aircraft that is significant for both the company and the country.

The company will also mark a first in Turkey with a full-scale static test (FSST) on the indigenous T625 Gökbey helicopter, according to the company’s previous statements.

The T625 is being developed as part of the Original Helicopter Program, coordinated by the Presidency of Defense Industries (SSB). A twin-engine, 6-ton-class aircraft designed for high mission flexibility even in the toughest of geographical environments and adverse weather conditions, is being created in response to growing market demand for higher mission flexibility in this class.

Power for the T625 prototype was previously coming from a pair of LHTECs, CTS800 4-AT turboshaft engines that have 1,373 shaft horsepower (shp) each, created in a joint Rolls-Royce and Honeywell partnership. The chopper will soon be powered by a domestically produced engine manufactured by the TAI subsidiary TUSAŞ Engine Industries (TEI).