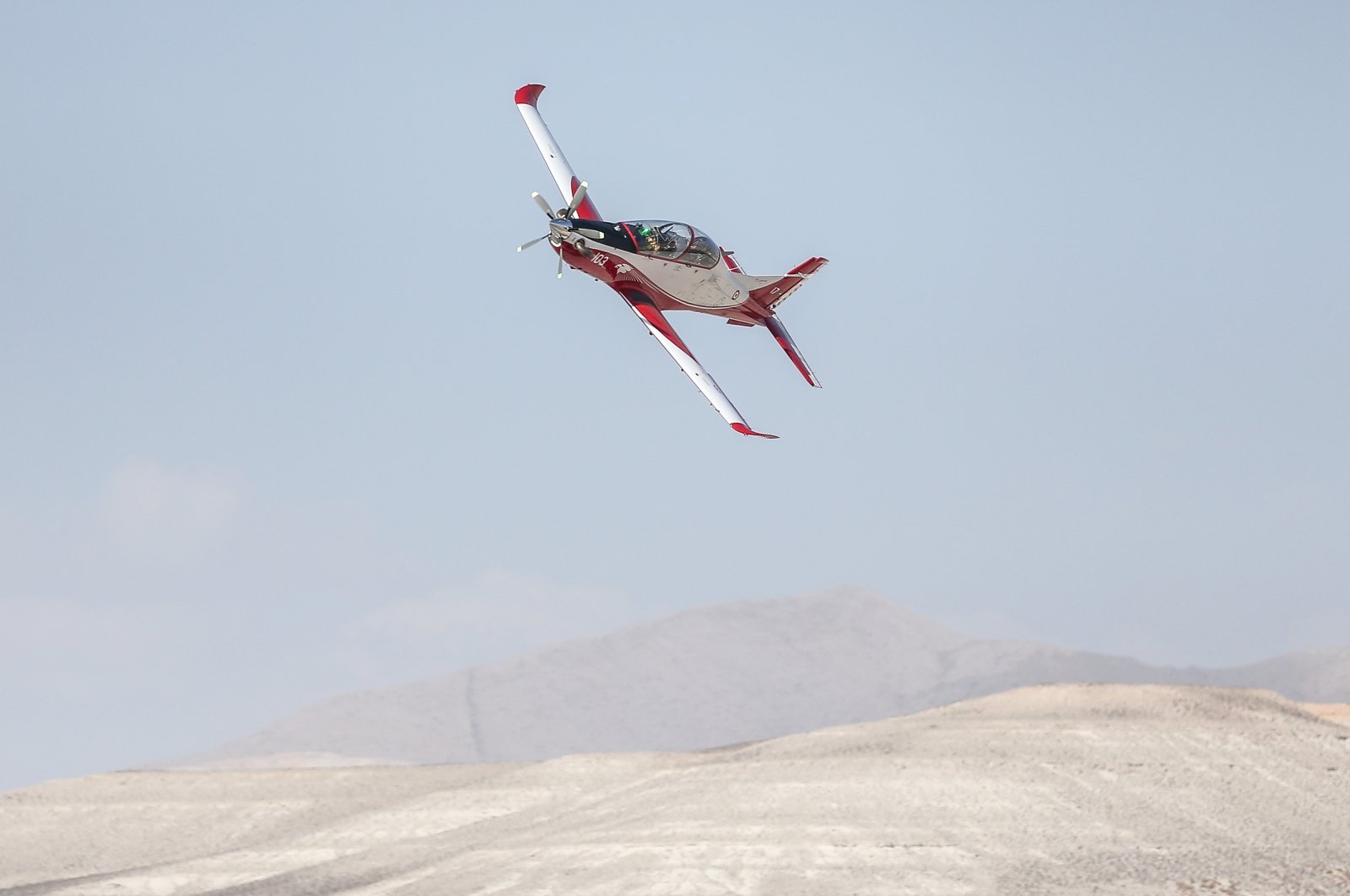 Turkish Aerospace Industries (TAI) will deliver two domestically developed Hürkuş training aircraft to Niger by the end of the year and three to Chad in the first quarter of 2023, according to a company official Thursday.

The announcement by TAI’s Deputy General Manager Atilla Doğan came amid the African Aviation and Defense Fair (AAD 2022) being held in Pretoria, the administrative capital of South Africa.

There was huge participation from Turkish defense industry companies while TAI exhibited its aircraft, helicopters, unmanned aerial vehicles (UAVs) and satellite platforms at the event.

Commenting on the company's activities in Africa, Doğan said that they are working on the delivery of the planes.

On the Hürkuş training aircraft, which also has an armed close air support version, Doğan said: “We will deliver the Niger planes at the end of this year, and the Chad planes in the first quarter of next year.”

Emphasizing that there is a serious market in Africa beyond Niger and Chad for Hürkuş, Doğan said, “There are countries with which we have met very closely and have made some progress in our negotiations.”

“We see a serious potential in Hürkuş. Besides being a training aircraft, the camera-integrated version of the mission aircraft that can fire certain ammunition has a very good potential in Africa,” he said.

“We know that the returns will be good after we deliver the first planes to Niger and Chad and once they start using them. Then we know that additional orders will come from both Niger and Chad as well as other potential countries.”

Doğan noted that the air-ground integration version of Hürkuş will be delivered to the Turkish Armed Forces (TSK) in the near future.

“An improvement activity, which we call Hürkuş-2, continues as well. We have completed the critical design process.”

The Hürkuş aircraft family was designed by TAI to support different missions in the country’s training programs.

In addition to training pilots, the low-cost, high-precision Hürkuş-C was developed to perform in light attack and armed reconnaissance missions.

The light attack and armed reconnaissance variant of the Hürkuş-C offers a low-cost, flexible solution against asymmetric threats, a common reality in today's battlefields.

While maintaining the advanced training capabilities of Hürkuş, with its seven external load stations, Hürkuş-C offers users a large payload capacity of up to 1,500 kilograms (3,306 pounds) that can be utilized to perform challenging missions at high altitudes and demanding geographies, under day and night conditions.

Noting that they have completed the final assembly of the Hürjet advanced jet trainer and light attack aircraft, Doğan stated that they plan to complete these works by the end of the year and that the first flight will be carried out after a few months of ground testing.

Hürjet, tailored to become a fifth-generation training aircraft, is being equipped with an advanced mission computer in its modern cockpit.

The aircraft will be supplied with superior radar and sensitive attack systems, and air and ground communication capabilities, reducing threats and risks.

Hürjet was designed as 13.4 meters (43 feet) long with a wingspan of 11 meters and will provide environmental security in offensive operations.

The main aim of the Hürjet project is to replace the Turkish Air Force's T-38 trainer aircraft fleet – consisting of 70 aircraft – and to meet the needs of potential international customers.