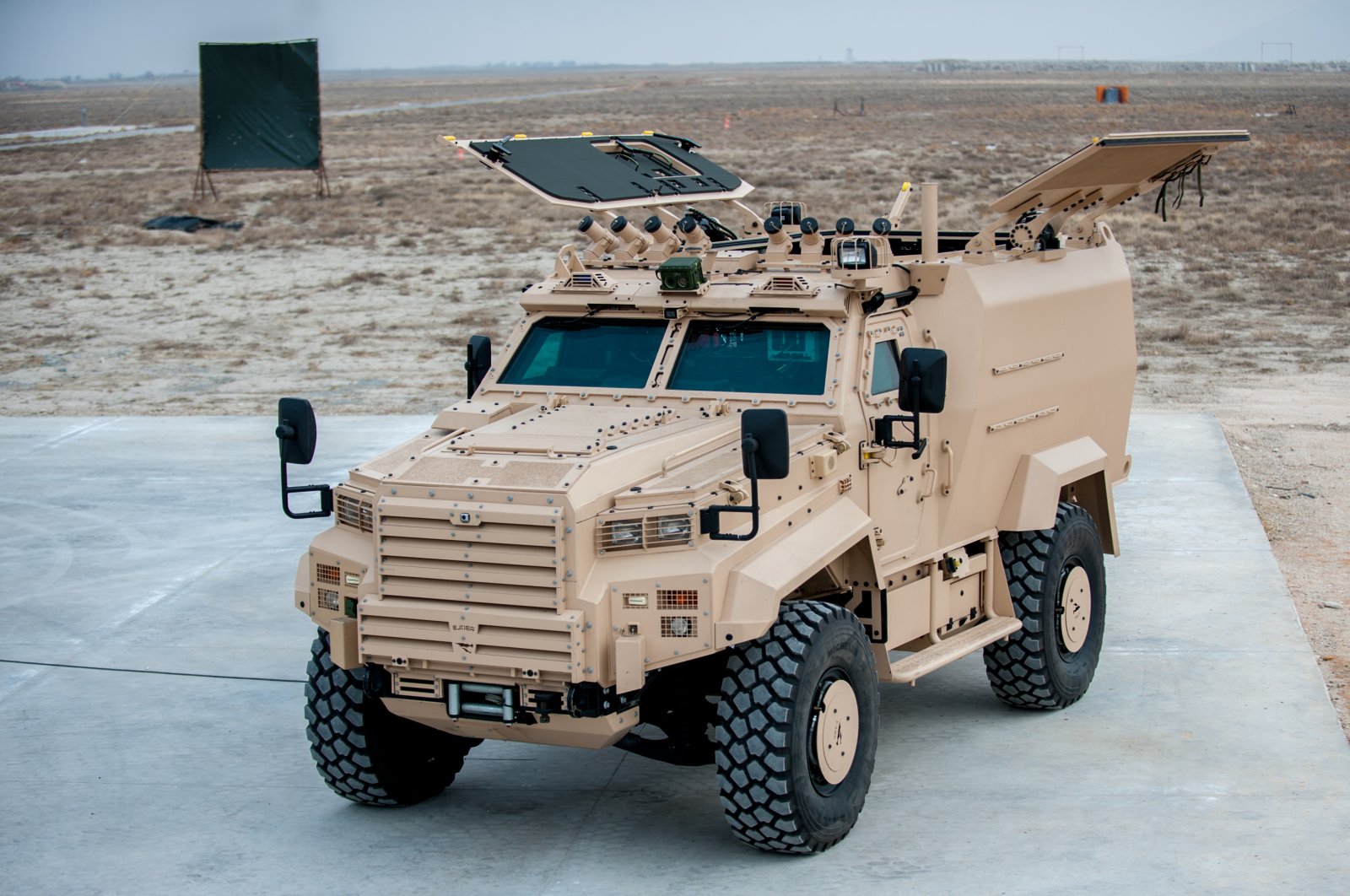 The Alkar 120 mm Mortar Weapon System and subsystems used in the retrofit were also developed domestically by leading Turkish defense company Aselsan. It is a modern weapon system integrated on a turret equipped with an Automatic Barrel Laying System, an Automatic Ammunition Loading System, a Recoil Mechanism and Fire Control Systems.

The vehicle's stability allows it to make precision hits while also quickly and safely changing places after firing thanks to its mobility, an important capability for heavy armored vehicles.

The combat machine has different configurations with which the new vehicle can jointly operate. The Ejder Yalçın Reconnaissance Observation Vehicle, for instance, which is capable of acting as a "forward observer" is able to precisely detect targets, allowing the Ejder Yalçın Mortar Vehicle to then hit them.

The local defense company has sold a large number of its armored vehicles to both domestic users and purchasers abroad. With the integration, Ejder Yalçın will meet the operational needs of the Turkish Armed Forces (TSK), gendarmerie personnel and international buyers. Nurol Makina's armored vehicle family consists of the Ejder Toma, the Ejder Yalçın, the Ejder Kunter, the Ilgaz and the Yörük. Late last year, five Turkish defense companies signed a $150 million (TL 1.14 billion) export agreement with Tunisia. The Ejder Yalçın is one of the products that will be exported to the Maghreb country.

In line with the contracts signed with its international users, the company continues to work on configurations in which different payloads are integrated in a way to respond to both user feedback and technological developments.

Thanks to the continuous training it provides to its users and the service network it has established around the world, Nurol Makina can offer its buyers timely maintenance of its machines.

It has already exported to countries like Tunisia, Uzbekistan and Qatar and it is expanding its target customer area into Europe and South Asia as Hungary, Romania and Malaysia have occasionally shown interest in the local armored vehicle manufacturer's products.

Nurol Makina, thanks to its economic performance, made the biggest jump among local defense companies, rising to 179th place from 373rd on the “Top 500 Industrial Enterprises of Turkey 2019” survey prepared by the Istanbul Chamber of Industry (ISO) and announced last year.