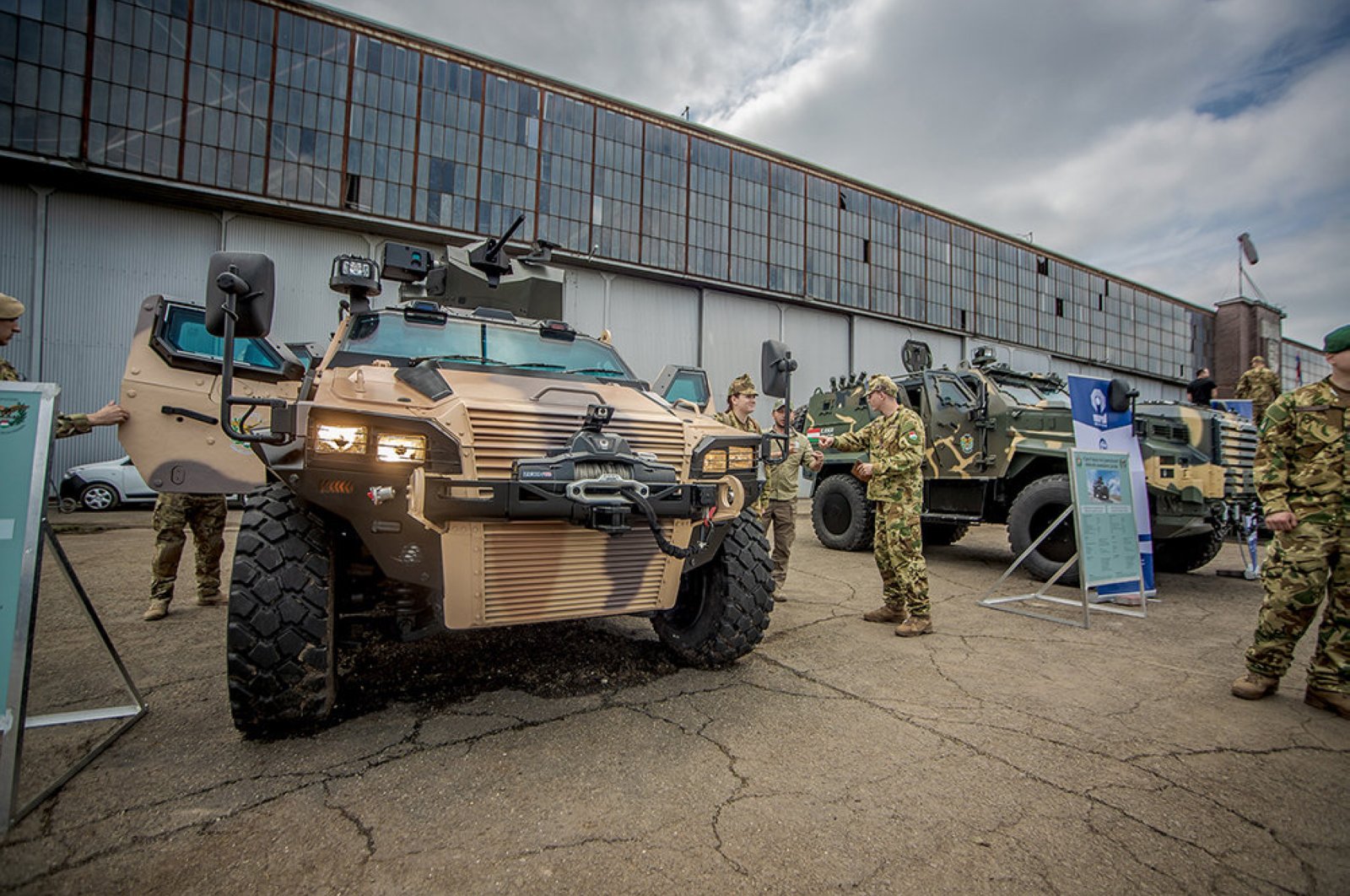 Nurol Makina's armored land vehicles are exhibited at an event in Hungary alongside those of other manufacturers on a purchasing stage at Budaors Airport, Budapest, Hungary, May 20, 2019. (Photo by Hungarian Armed Forces via AA)
by DAILY SABAH Jul 15, 2020 1:08 pm
Edited By Ayşe Betül Bal
RECOMMENDED

Several leading defense companies listed on the “Top 500 Industrial Enterprises of Turkey 2019” secured a place among the top 100, while ASELSAN, among others, rose to 11th place. The economic performance of Turkish defense industry companies continues to grow as their output over the last decade has accelerated to meet the needs of both domestic security forces and purchasers around the globe.

The survey, which dates back to 1968 and is prepared by the Istanbul Chamber of Industry (ISO), was published Monday.

Turkish Aerospace Industries Inc. (TAI), which produces helicopters and unmanned aerial vehicles for the use of security forces, climbed to 18th place from 22nd, with a production-based sales value of TL 8.67 billion.

BMC Automotive, which produces armored vehicles such as Kirpi, Vuran and Amazon, along with logistic support vehicles and tank carriers, jumped to 51st place from 61st, with TL 3.39 billion.

Roketsan, which supplies rockets and missiles to the Turkish Armed Forces (TSK), climbed from 85th to 77th with a production-based sales value of TL 2.52 billion.

The Machinery and Chemical Industry Corporation (MKEK), which produces ammunition, explosives and firearms for security forces, jumped 43 places to reach 90th, securing a place for itself among the top 100 with TL 2.21 billion.

Otokar, one of the armored land vehicle manufacturers of the Turkish defense industry, meanwhile, dropped to 92nd place from 49th with a production-based sales value of TL 2.18 billion.

Another defense industry company that managed to enter the top 100 this year was TAI’s Engine Industries Inc. (TEI). The company jumped to 94th place from 115th with a production-based sales value of TL 2.17 billion.

FNSS Defence Systems, which not only produces tracked and wheeled armored vehicles for the TSK but also exports several types of products abroad, secured 105th place with TL 1.97 billion.

Armored vehicles manufacturer Nurol Makina, the maker of vehicles such as Yörük, Ejder Yalçın, Ejder Toma, Ilgaz and Ejder Kunter, made the biggest jump among defense companies, rising to 179th place from 373rd.

Alp Aviation, which produces subsystems and parts for aerial platforms, was 256th on the list with TL 910.5 million.