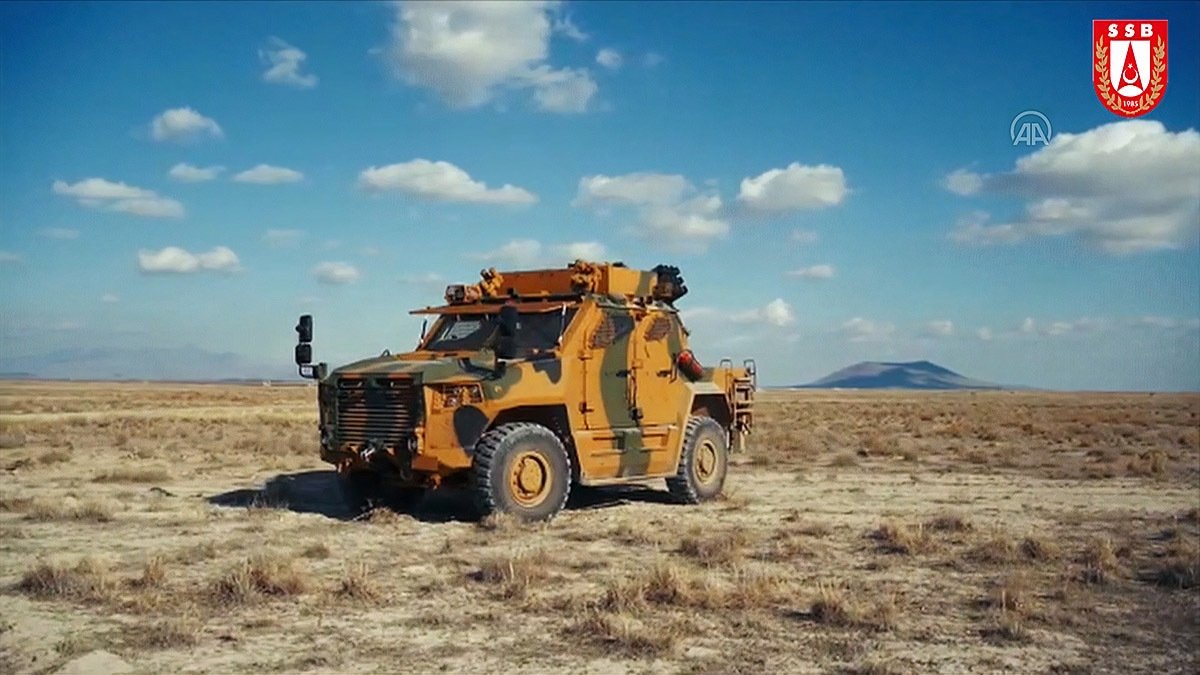 A screengrab from a video shows the BMC Vuran seen during the test-firing. (Courtesy of SSB via AA)
by DAILY SABAH May 12, 2021 2:48 pm
Edited By Ayşe Betül Bal
RECOMMENDED

Ismail Demir said in a Twitter statement that the rockets were fired with the 107 mm MLRS developed by Roketsan.

The MLRS is capable of firing 12 rockets at a time, and “is at the service of Turkish Armed Forces,” Demir wrote.

The system was developed by Turkey's leading missile specialist Roketsan with the cooperation of Mechanical and Chemical Industry Company (MKEK).

Vuran, which means "Striker" in Turkish is a nine-person capacity armored vehicle and stands out with its high level of protection thanks to its monocoque armored cabin as well as its successful maneuverability thanks to the 4x4 traction system. Monocoque is a structural design in which the frame and body are built as a single integrated structure.

The mine-resistant ambush-protected (MRAP) vehicle is adaptable to any climate and can operate even under the extreme heat of 55 degrees Celsius (131 degrees Fahrenheit) or in very cold weather of minus 32 degrees Celsius, according to BMC’s website.

“Vuran offers its passengers a high level of protection against mines and ballistic threats, thanks to its unibody, armored cabin and windshields, shock-absorber seats, weapon station, and emergency exit hatch,” the statement reads, adding that the vehicle is an acclaimed member of the Versatile Armored Vehicle category, thanks to a wide range of features including special vision systems, automatic fire extinguisher system, central tire inflation system and remote-controlled automatic weapon station among others.

It is capable of reaching a speed of 110 kilometers per hour (68 miles per hour) and can run through 800 millimeters (32 inches) of water.