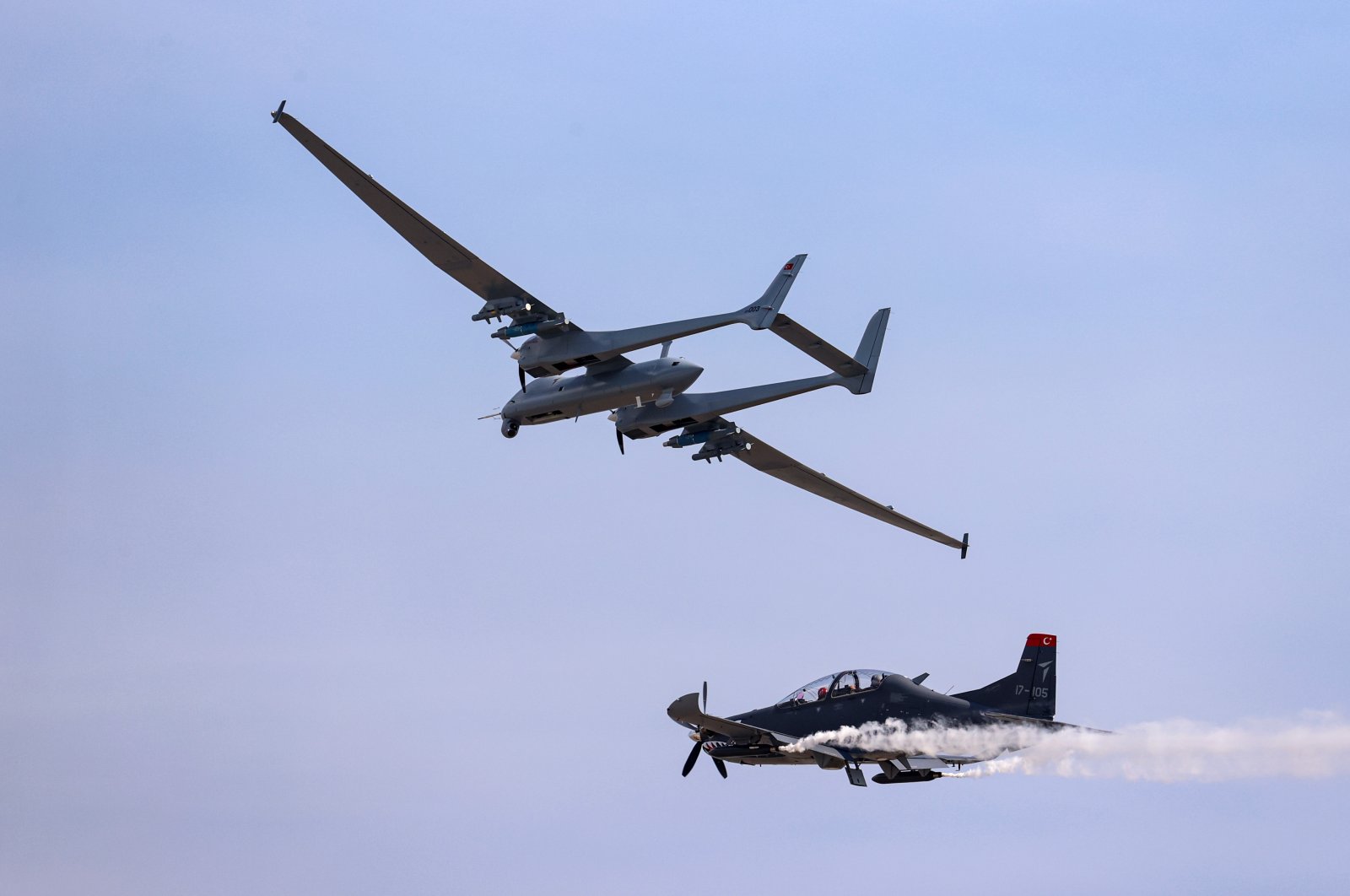 In a Twitter statement, the head of the Presidency of Defense Industries (SSB), Ismail Demir said the Aksungur had been delivered to the Turkish Naval Forces.

The UAV is the latest combat drone of the Turkish Aerospace Industries (TAI).

Aksungur can perform uninterrupted multi-role intelligence, surveillance, reconnaissance and attack missions with its high payload capacity and provide operational flexibility beyond the line of sight with its SATCOM payload.

The UAV, which embarked on its maiden flight in 2019, has been integrated with three different EO/IR (Electro-Optical/Infra-Red) cameras, two different SATCOM Teber laser guidance products by Roketsan, locally developed Precision Guidance Kit-82s (HGK-82) and the domestic engine PD170. The drone previously carried and test-fired MK-82 ammunition with a Teber guidance kit weighing around 250 kilograms. It was the first drone to use Teber.

The Aksungur marked an important milestone in August when it reached 1,000 flight hours.

The development was a first for a Turkish-made MALE class drone.

The Turkish navy already has the Anka in its inventory.

In February this year, the navy received two more Anka UAVs whose ranges were increased according to the needs.

The SSB at the time said that the UAVs will maintain their duty of securing the seas surrounding Turkey, also known as the “Blue Homeland.” The drones recently delivered to the navy were equipped with an automatic identification system and synthetic aperture radar (SAR).