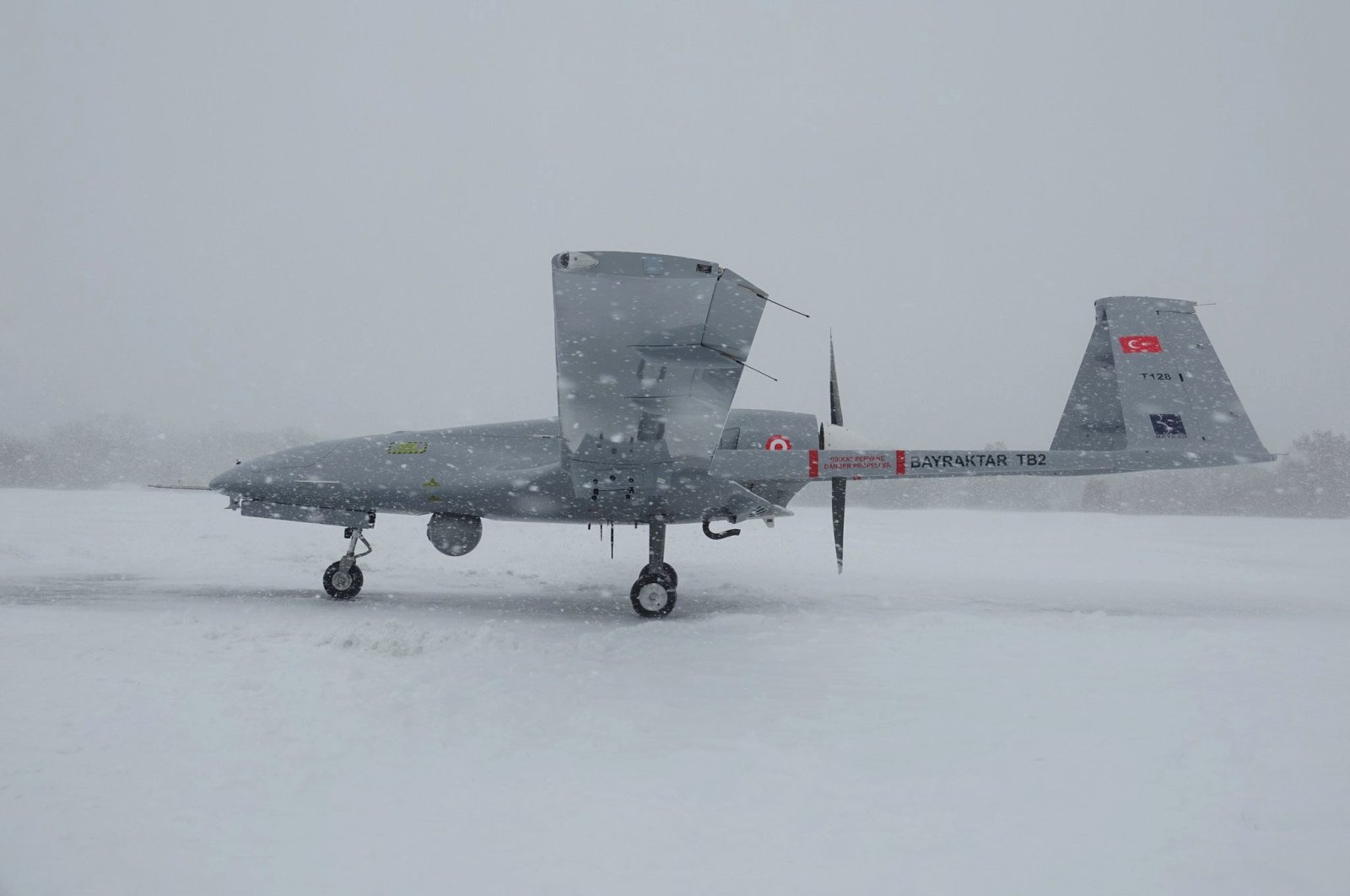 The United Kingdom, in its new defense strategy document, stressed the importance of developing unmanned vehicles in the defense industry for use on the battlefield like the unmanned combat aerial vehicles (UCAV) developed by Turkey that destroyed air defense systems in Libya and Nagorno-Karabakh.

The document, published Monday under the title "Defense in a Competitive Age," which also reveals the 2030 vision of the British army, outlined plans to reduce the number of troops in the army and instead aims to concentrate on UCAVs and new war technologies.

The 69-page document, which contains the most comprehensive foreign policy and national security revision in recent years, included information on measures to keep the British army ready for new threats that may emerge.

It ensured that the U.K. armed forces will become a "threat-oriented integrated power" with constant upgrading in the land, sea, air, space and cyber fields. Within this scope, 85 billion pounds ($117 billion) will be spent on defense equipment within four years, and the armed forces will gain a competitive structure with this budget.

The document stated that strategic investments will be made for the Future Combat Air System (FCAS), new generation defense capabilities including swarm drones and energy weapons, and more budget will be allocated to modern weapon systems.

It was stated that the research and development (R&D) investments will form the basis of the modernization of the British armed forces and as part of the long-term strategy there are plans to develop "Test and Evaluation" capacity for artificial intelligence, digital systems and space-based applications.

In the document, it was noted that some countries adopted a military-civilian approach for the development of new technologies and defense capabilities, benefiting from civilian innovations. The low-cost capabilities of UCAVs, such as the Turkey-made drones that delivered heavy blows in Libya and Nagorno-Karabakh, challenge highly capable air defense systems and heavily armored vehicles.

It also highlighted that space is significant for military operations as well and that the space command of the armed forces will start to work as of April. The National Space Operations Center and the Space Academy will be completed with an investment of 1.4 billion pounds, the document said, while the “Skynet 6” communication satellite program with a 5 billion pounds investment will be kicked off within the next 10 years.

Commenting on the country’s relations with allied states, particularly the NATO members, the U.K. report said that Turkey, Greece, Poland and Spain have important roles in the defense of NATO’s “wings” and that those countries are among the defense industry partners of Britain.

The document, in which Turkey is described as a NATO ally playing a significant role in the counterterrorism and regional issues, stressed that the U.K. will work on strengthening long-term ties regarding operations, capabilities and industrial cooperation with Ankara.

Wallace stressed at the time that hundreds of armored vehicles and air defense systems were destroyed by Turkey-made UCAVs.