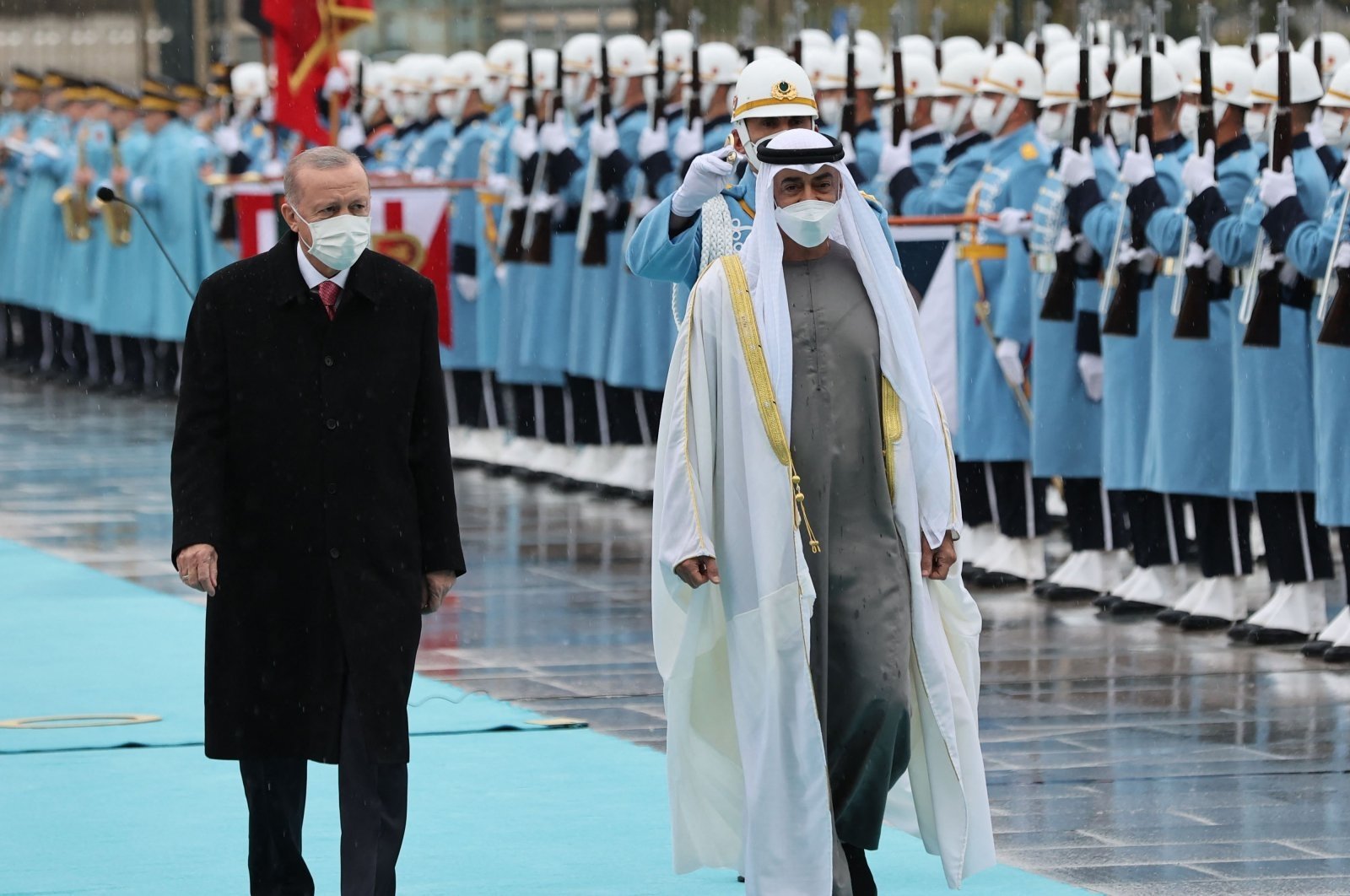 A delegation from the United Arab Emirates (UAE) paid a visit to Turkey to explore cooperation opportunities in the defense industry, sources said Tuesday.

The trip yielded accords for billions of dollars of investments, and President Recep Tayyip Erdoğan said they would herald a “new era” in ties. The UAE has also announced it allocated a $10 billion fund to support mainly strategic investments in Turkey.

As part of a new diplomatic initiative launched last year, Turkey has also moved to repair ties with Egypt and Saudi Arabia.

The UAE delegation met with the Presidency of Defense Industries (SSB) on Monday, an official told Reuters on condition of anonymity.

It also held talks with Ankara-based defense companies, including Aselsan, another source was cited as telling Bloomberg. The team also met with representatives of Turkish drone makers, the official said.

SSB Chairperson Ismail Demir said at the weekend that the two countries had the potential to work together in the defense sector, indicating that Abu Dhabi had shown interest in the Turkish sector.

“I would like to point out that these contacts will be better when relations improve.”

Turkey said in September it was in talks with the UAE over investments in energy such as power generation.

The UAE, whose sovereign wealth funds have made significant investments in Turkish online grocer Getir and e-commerce platform Trendyol, has said it seeks deeper economic ties with Ankara.

The UAE has accelerated a push to step back from regional conflicts and refocus on the economy.