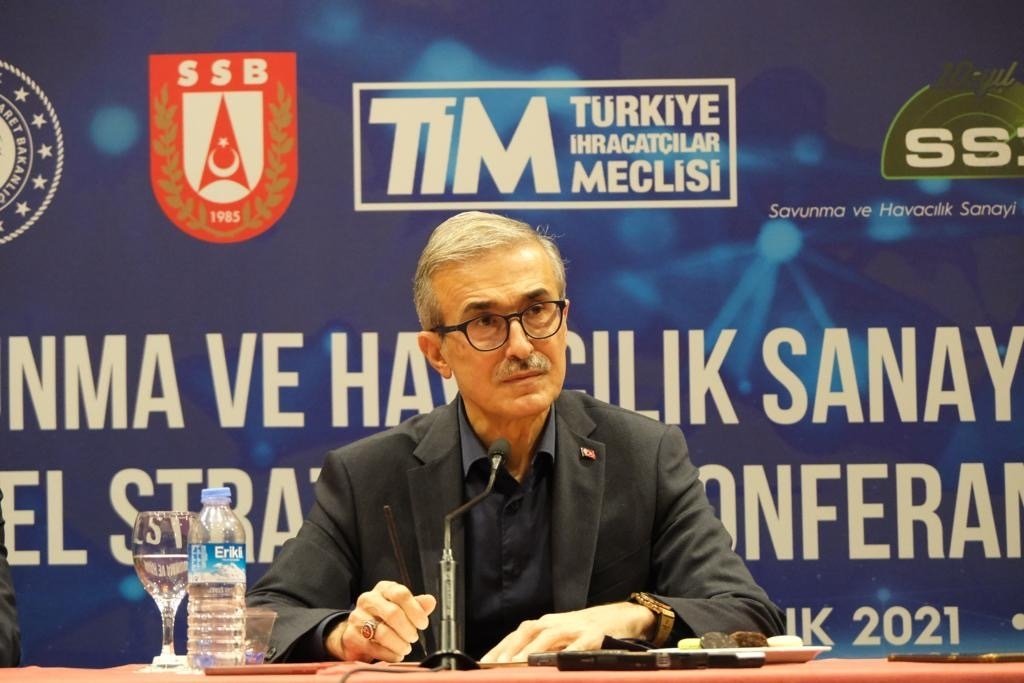 Turkey and the United Arab Emirates (UAE) have the potential to work together in the defense sector, Presidency of Defense Industries (SSB) Chairperson Ismail Demir said, indicating that Abu Dhabi has shown interest in the Turkish sector.

“I would like to point out that these contacts will be better when relations improve,” Demir said, stressing that it is still early to make concrete predictions.

Abu Dhabi’s powerful crown prince visited Ankara in November, making his first official trip to Turkey since 2012 and the highest-level visit by an Emirati official since relations between the two countries hit a low point.

President Recep Tayyip Erdoğan and Crown Prince Sheikh Mohammed bin Zayed Al Nahyan (MBZ), who’s seen as the de facto leader and the force behind the UAE’s foreign policy posture, oversaw the signing of nearly a dozen cooperation deals during the visit while a top Emirati official said the UAE has earmarked $10 billion (TL 137 billion) for investment in Turkey.

Bloomberg on Friday reported that Turkey has sold more armed drones to Ukraine amid Kyiv-Moscow tensions.

Demir clarified that Turkey has sold one batch of unmanned combat aerial vehicles (UCAVs) to the country and that the current process is nothing new but a continuation of the initial agreement. “It has no connection to the latest developments.”

Relations between Russia and Ukraine are in the spotlight as Kyiv says Moscow has amassed thousands of troops near the Ukrainian border and may be gearing up for a military offensive. Moscow denies plans for an offensive operation.

Ukraine has bought and deployed Turkish drones in the war against Russian-backed forces in its eastern Donbass region, angering Russia.

Turkish Foreign Minister Mevlüt Çavuşoğlu has said Turkey could not be blamed for Ukraine's deployment of Turkish-made drones.

In October, Russia accused Ukraine of destabilizing the situation after government forces used a Bayraktar TB2 drone to strike a position controlled by Russian-backed separatists.

On the other side, Demir highlighted that Turkey and Russia have a wide range of areas where they can cooperate, including the National Combat Aircraft (MMU). He stated that cooperation with Russia is possible in the progressive phases of the MMU.

“With time, there will be a gradual process of developing and changing specific systems by renewing and localizing them.”

The Turkish defense industry has exported 228 products to 170 countries in the last 10 years, Demir underlined, pointing to the progress in the sector.

“When we look at the point where our defense industry has reached in the last 20 years, as Turkey has made progress in every field, the numbers show this fact much better,” Demir said at the conference earlier.

“While only 62 defense projects were carried out nearly 20 years ago, today this number has exceeded 750. About half of these projects have been launched in the last five years.”

“While defense projects with a budget of $5.5 billion were carried out, the project volume of approximately $60 billion has been reached with an increase of approximately 11 times at the point we have reached,” he added.

Saying that the defense and aerospace exports increased by 40% in the first 11 months of this year compared to the same month of the previous year, reaching $2.79 billion,” Demir said: “We expect to complete 2021 with exports of over $3 billion.”

Turkey’s defense industry has been developing in leaps and bounds in recent years with local production, while the companies eye opportunities to expand their revenues with new export deals. Demir himself has recently played up the great potential of Turkey's defense industry.

The country is in the process of rolling out new defense industry products and upgrading existing ones with new sophisticated systems as the number of countries interested is gaining pace.

According to the Turkish Exporters Assembly (TIM), defense and aerospace industry exports have already exceeded the overall sales seen in 2019, which also marked an all-time high.