US senators warn of sanctions if Turkey acquires more S-400s 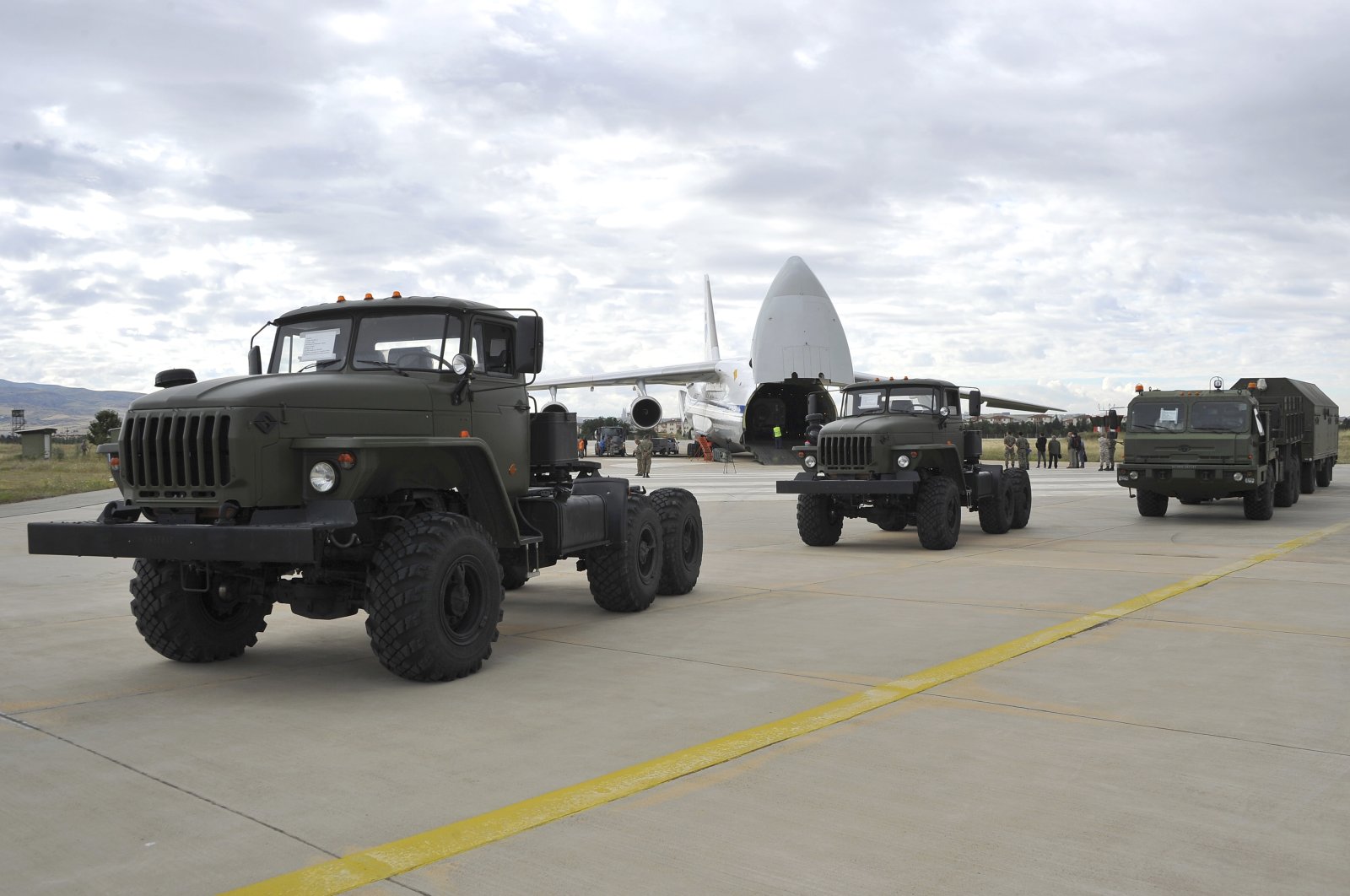 Military vehicles, equipment and parts of the S-400 air defense systems are seen on the tarmac after they were unloaded from a Russian transport aircraft, at Mürted military airport in Ankara, Turkey, July 12, 2019. (AP Photo)
by DAILY SABAH Sep 28, 2021 2:17 pm
RECOMMENDED

American senators warned Turkey they would extend new sanctions if the country goes ahead with plans to purchase a new round of Russian-made air defense systems.

Erdoğan is due to meet his Russian counterpart Vladimir Putin in Sochi on Wednesday, a meeting that is expected to see the two countries reach some important decisions.

Talks are continuing between Russia and Turkey about the delivery of a second batch and the two countries are in the process of signing a new deal in the near future, Alexander Mikheyev, the head of Russia’s state-run arms exporter Rosoboronexport, said in August.

“Nobody will be able to interfere in terms of what kind of defense systems we acquire, from which country, at what level,” Erdoğan told CBS News in an interview last week, saying that Ankara intends to proceed with the purchase of the Russian systems.

The office of the U.S. Senate Foreign Relations Chair Robert Menendez said last Wednesday that sanctions were mandated by law for “any entity that does significant business with the Russian military or intelligence sectors.”

“Any new purchases by Turkey must mean new sanctions,” Menendez said on Twitter.

U.S. officials on Sunday called on Turkey to refrain from buying additional Russian arms, saying the move, which could deepen a rift between the two NATO allies, could trigger new U.S. sanctions.

“We continue to make clear to Turkey that any significant new Russian arms purchases would risk triggering CAATSA 231 sanctions separate from and in addition to those imposed in December 2020,” a State Department spokesperson said, referring to the 2017 Countering America’s Adversaries Through Sanctions Act.

The spokesperson also said the United States regards Turkey as an ally and friend and seeks ways to strengthen their partnership “even when we disagree.”

Turkey’s initial purchase of S-400s strained ties with the U.S. and triggered penalties.

The move prompted Washington to remove Turkey from the new generation F-35 Lightning II jet program before it then imposed sanctions on the country’s Defense Industry Presidency (SSB), its chief, Ismail Demir, and three other employees in December

Erdoğan explained that Turkey was not given the option to buy American-made Patriot missiles and that the U.S. had not delivered F-35 stealth fighter jets despite a payment of $1.4 billion.