‘Drink water!’: Ronaldo snub wipes out $4B off Coca-Cola’s value 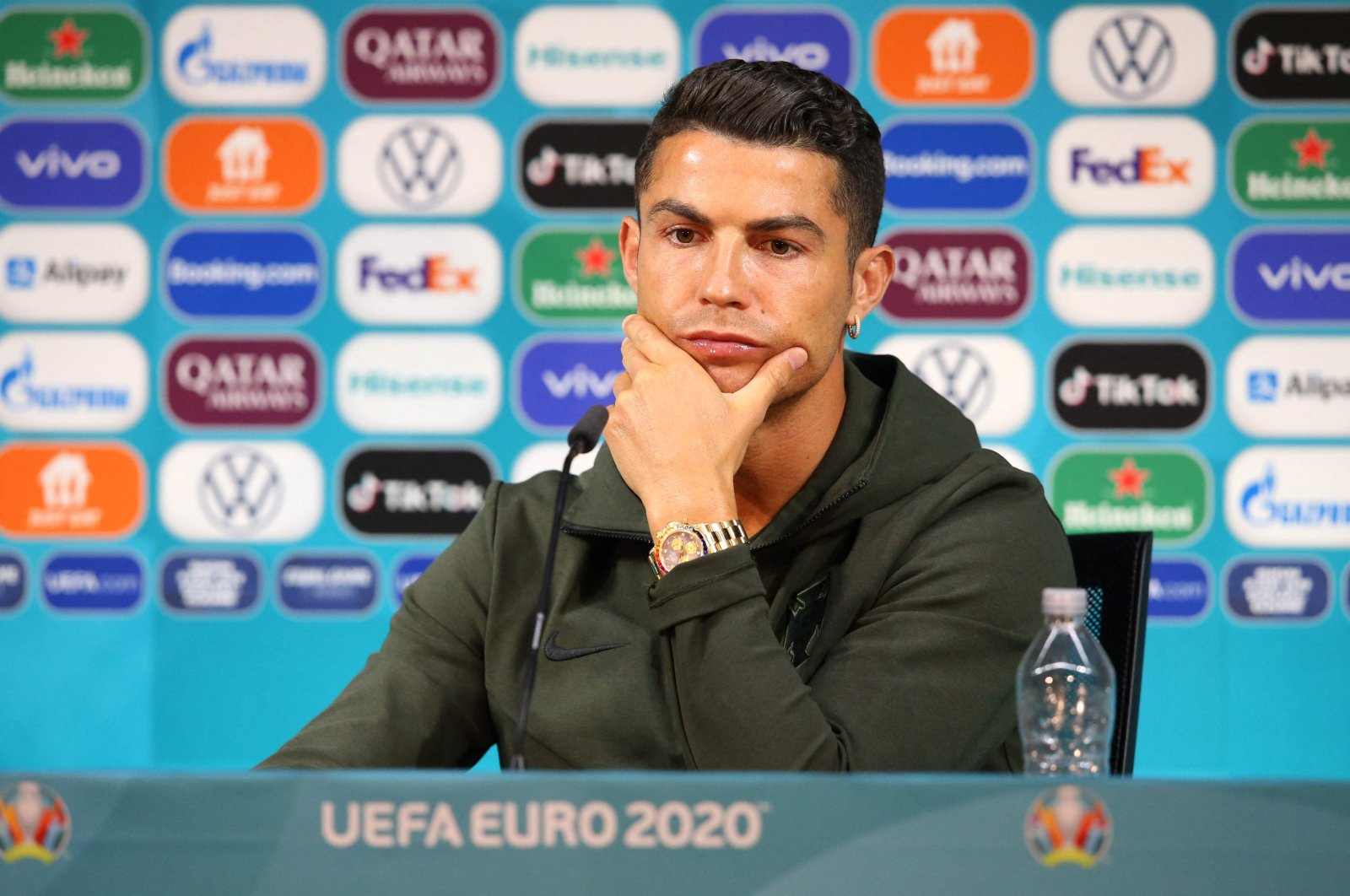 Portugal's forward Cristiano Ronaldo during a press conference at the Puskas Arena in Budapest, on the eve of the UEFA Euro 2020 football match between Hungary and Portugal, June 14, 2021. (UEFA via AFP)
by DAILY SABAH WITH AGENCIES Jun 16, 2021 3:30 pm
RECOMMENDED

Coca-Cola’s market value dropped a whopping $4 billion in a matter of hours after footballer Cristiano Ronaldo Monday put aside two bottles of carbonated drinks during a Euro 2020 pre-match conference and encouraged people to drink water instead.

The 36-year-old Portugal captain moved the cola bottles in front of him aside as he sat down to speak to media before Tuesday’s Euro 2020 Group F opener against Hungary.

He followed it by holding a bottle of water before shouting in Portuguese: “Agua!” The video went viral on social media.

One of the official sponsors of Euro 2020, Coca-Cola released a statement Saturday that said “everyone is entitled to their drink preferences” with different “tastes and needs.”

A Euros spokesperson said: “Players are offered water, alongside Coca-Cola and Coca-Cola Zero Sugar, on arrival at our press conferences.”

Ronaldo is known for not being a fan of carbonated soft drinks. It was not the first time he spoke out against carbonated drinks as he previously pointed out that he keeps his son from consuming them.

"Occasionally my son drinks Coca-Cola or Fanta and eats crisps and he knows I don't like that," Ronaldo had said.

In a similar set-up, France midfielder Paul Pogba removed a bottle of Heineken beer that had been placed in front of him at a news conference Tuesday.

Pogba, a practicing Muslim, removed the bottle when he sat down to speak to the media after he was named “Man of the Match” in France’s 1-0 Group F win over Germany.

Heineken is also one of the official sponsors of Euro 2020.