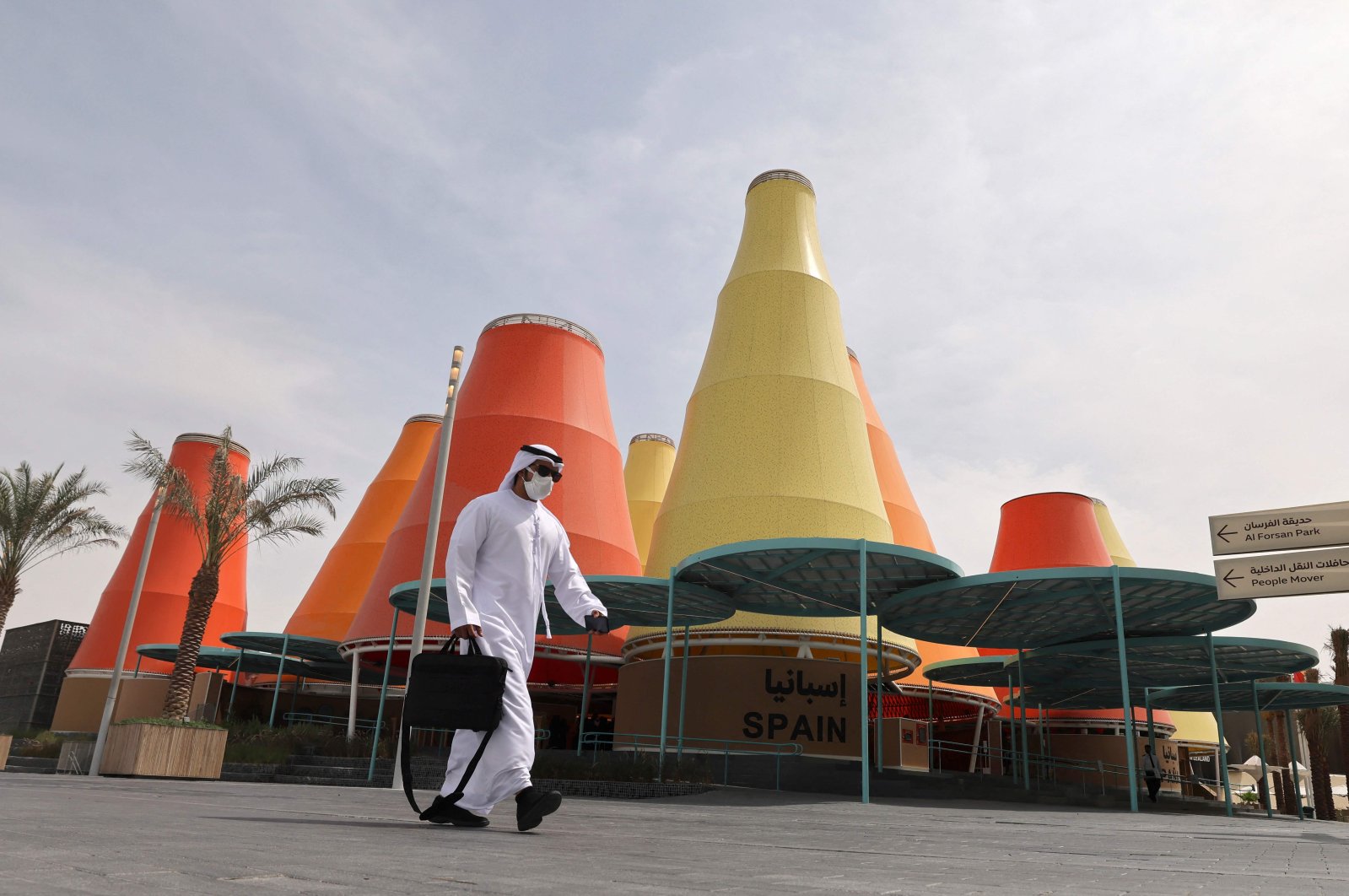 Three COVID-19 related deaths have been reported by Dubai Expo 2020 organizers, in addition to 72 serious injuries among the 200,000 workers. The UAE has come under harsh criticism over the poor conditions and its treatment of those working on the $7 billion spectacle

Three more workers on the project have died after contracting the coronavirus, Expo 2020 Dubai organizers said Sunday, as the prestigious event draws scrutiny of labor conditions in the United Arab Emirates (UAE).

The organizer had for the first time on Saturday disclosed three work-related deaths and 72 serious injuries among 200,000 workers during construction of the site, defending the accident rate as less than half of that of building work in Britain

When asked at a press conference about deaths among Expo's vast foreign labor force, spokesperson Sconaid McGeachin said three workers had died from the virus in addition to three from construction incidents, without specifying when.

She declined to describe the extent of the coronavirus outbreak among workers on site. McGeachin again claimed the information about worker casualties was previously available, without elaborating. However, authorities in the run-up to the $7 billion fair had not offered any overall statistics on worker fatalities, injuries or coronavirus infections despite repeated requests from The Associated Press (AP) and other journalists.

The statement comes a day after Expo offered conflicting reports about how many workers had died in industrial incidents on site, before settling on three. The UAE long has faced criticism from human rights activists over poor treatment of the legions of low-paid migrant laborers from Africa, Asia and the Middle East who power the country's economy.

The European Parliament last month urged nations not to take part in Expo, citing the UAE’s "inhumane practices against foreign workers” that it said worsened during the pandemic. To pay tribute to the thousands of workers who toiled to build the fairgrounds from scratch, the site features a somber worker's monument – stone columns wrapped with an engraved roll call of laborers' names at Expo's Jubilee Park, nestled between a performance stage and a popular Dubai bar chain.

The massive global event has also renewed criticism from human rights groups of the UAE's suppression of dissent and restrictions on free expression. At a press conference Saturday, French Foreign Minister Jean-Yves Le Drian answered a question about the European Parliament's concerns over labor abuses in the UAE, saying that France would not join in its call for an Expo boycott and instead raise any potential issues with Emirati authorities "behind closed doors.” However, the sensitive exchange was inexplicably missing from the official Expo transcript of the news conference, raising concerns about transparency at the site.

"I will look into that,” said McGeachin when asked about the omission. "I would like to say that this is an oversight.”

Meanwhile, Uganda’s long-serving President Yoweri Museveni arrived to visit his nation’s pavilion at Expo. He called the site and the Emirati effort to build the small city "a challenge to the Africans” as they had "turned a desert into a center of affluence.”

"Yesterday when I arrived, they took me for COVID test,” he said. "In Africa, sometimes we say, ‘Big people should not be checked.’”

Overcrowding in worker accommodation was one of the main factors in a surge of infections in the UAE and other Gulf states at the start of the pandemic.

There are limited protections in the UAE and other Gulf states for migrant workers. Those in blue collar jobs, who work long hours and are paid low salaries, are the most vulnerable. Unlawful practices by employers and recruiters are common such as illegally charging blue collar workers agency and visa fees.

Expo 2020 says it enforces higher workplace standards than UAE law requires and that it audits contractors for adherence and intervenes when infringements are found. It has not released detailed information on violations. The UAE does not give a breakdown for COVID-19 cases and deaths for each emirate, including regional trade and tourism hub Dubai. The country has rolled out one of the world's fastest vaccination campaigns, with more than 80% of the population of some 10 million people inoculated. The UAE is betting the six-month Expo will attract 25 million visits. Visitors entering aged 18 and over must show proof of vaccination or a negative COVID-19 test. There are also testing facilities on site.