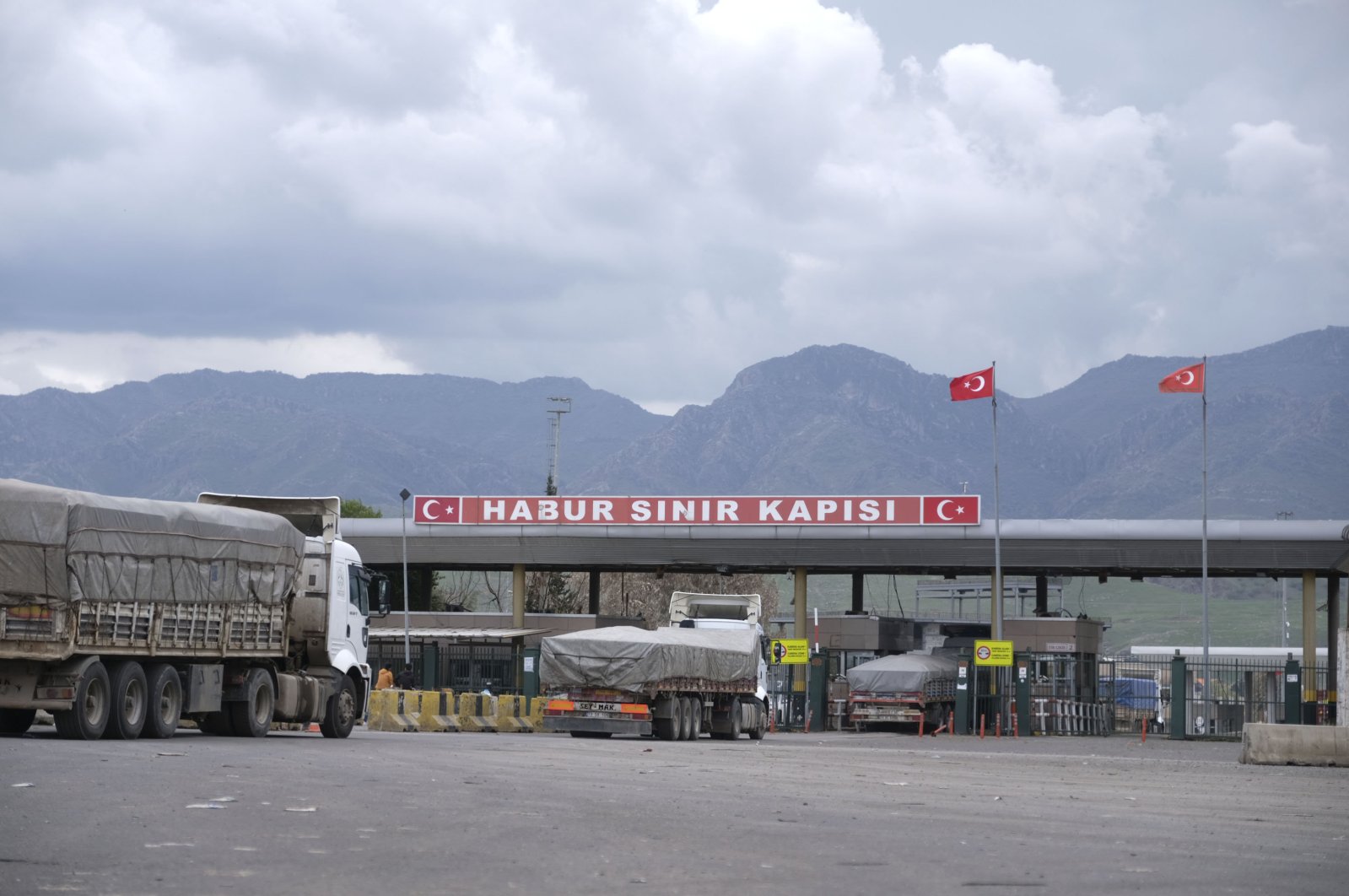 Under a new measure implemented to allow for safer trade between Turkey and its neighbors, foreign truck drivers who comply with stringent health rules will be able to deliver their cargo and exit the country within 72 hours without being subject to a 14-day quarantine.

"The 72-hour rule will apply to foreign drivers found not to have any symptoms during health checks at the borders," Trade Minister Ruhsar Pekcan said in a statement Monday outlining the new measure.

Turkish drivers with no symptoms who follow strict safety rules will also be allowed to exit the country again without being subject to a 14-day quarantine, except for those crossing Turkey's borders with Iraq and Iran, she also announced.

"Vehicles entering our country will still be subjected to disinfection, and all necessary health and safety measures will be taken by the relevant governorships or district governorships for Turkish and foreign drivers," Pekcan added.

Foreign drivers with symptoms will not be allowed to enter the country, while Turkish drivers will be quarantined or treated, she said.

Also, vehicles carrying drugs, medical supplies and foodstuffs urgently needed will be given priority for entry.

Important measures were taken at the customs gates in coordination with the Foreign Ministry, Health Ministry, Interior Ministry, and Transport and Infrastructure Ministry to ensure that the export shipments are not adversely affected, the supply chain is not damaged and the transportation sector can work effectively.

"All necessary work is being carried out to ensure that foreign trade is continued effectively and with high volume," said Pekcan.

To stem the spread of COVID-19, Turkey in March shut its border gates with neighboring countries, including Iran and Iraq. After the closure of Iraqi borders, the Trade Ministry implemented a number of no-contact foreign trade studies in order to continue the country's exports and imports.

Turkish drivers are responsible for bringing trucks to border crossings before their containers are received by a foreign driver who hauls the goods back through their country of residence. The vehicles are disinfected when they arrive at the buffer zone established at the customs gates before they are brought to the other side of the border.