All big Turkish auto factories to resume operations on May 11 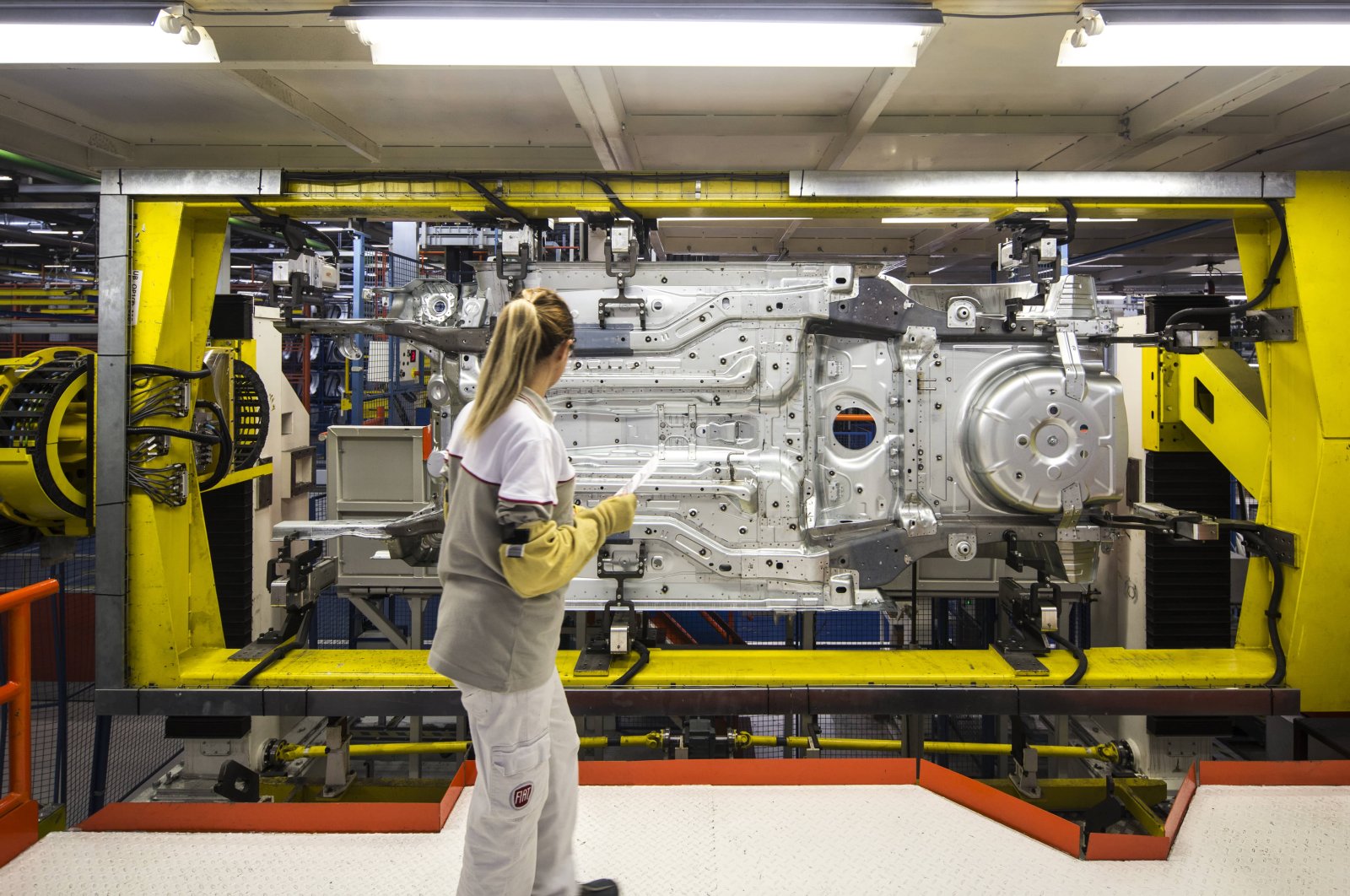 A worker is seen at the Bursa factory of Tofaş, a joint venture of Turkey's Koç Holding and Italian-American carmaker Fiat Chrysler, Bursa, Turkey, March 31, 2020. (AA Photo)
by Daily Sabah with Wires May 05, 2020 2:02 pm
RECOMMENDED

All major Turkish auto factories will resume operations as of May 11, Industry and Technology Minister Mustafa Varank said Tuesday, a day after President Recep Tayyip Erdoğan announced a normalization period to restart the economy following the coronavirus outbreak.

After the worldwide spread of the coronavirus, many factories had to halt production due to measures to stem the virus' spread, such as lockdowns.

Varank said some textile firms are back in operation, and with the normalization of malls and export channels, this sector will recover quickly.

However, President Erdoğan said Monday that Turkey will start easing measures gradually in May, June and July after the spread of the virus slowed over the past two weeks.

Shopping malls, barbershops and some stores will be allowed to open on May 11 provided they abide by normalization rules, Erdoğan said.

The president warned that the government would impose stricter measures if the normalization plan is not followed.

As of Monday, Turkey registered a total of 3,461 deaths due to coronavirus, while 68,166 people have recovered from the disease. To date, the country has seen a total of 127,659 confirmed cases of the virus.

In recent days Turkey has seen the number of total recoveries from the virus top the number of cases to date. Varank Tuesday said Turkey will establish an additional lab in the capital Ankara to test for the virus, with a capacity of over 4,000 tests a day. So far, the country has conducted 1.17 million tests.

The global tally of coronavirus infections surpassed 3.6 million on Tuesday, according to a running tally by the U.S.-based Johns Hopkins University. The university's data showed that the global deaths reached 251,910, while the number of people who recovered surpassed 1.17 million. Overall, the virus has spread to 187 countries.