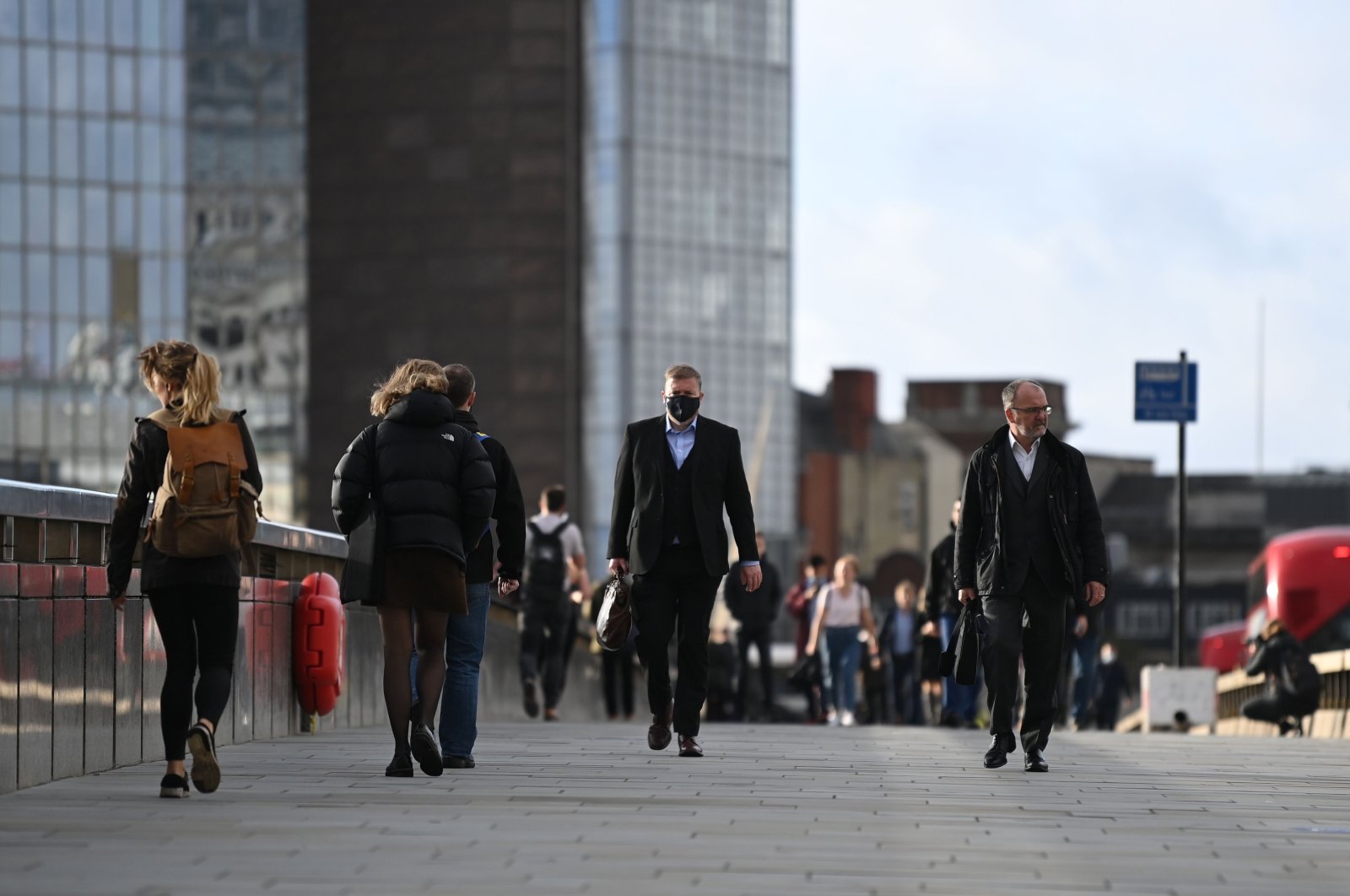 Goldman Sachs and Morgan Stanley cut Europe's fourth-quarter economic forecasts on Monday as a surge in COVID-19 cases prompted the introduction of partial nationwide lockdowns in some countries in November, halting a nascent recovery seen during the summer.

U.K. Prime Minister Boris Johnson ordered England back into a national lockdown from Thursday as the second wave of infections threatened to overwhelm the health service. The move brought England into alignment with France and Germany which imposed nationwide restrictions early last week.

U.S. investment bank Goldman said it expects the euro area's real gross domestic product (GDP) to shrink 2.3% in the fourth quarter, a sharp reversal from its earlier projection of 2.2% growth. Similarly, it cut U.K. GDP growth forecasts to minus 2.4% from a 3.6% expansion it had earlier expected.

"Looking ahead, we assume that the new restrictions will last for three months before they are gradually rolled back starting in February," the bank's economists wrote in a note to clients.

Morgan Stanley called for a modest GDP contraction for the euro area during the fourth quarter, while cutting its U.K. GDP growth forecast to minus 3% from minus 0.2%.

"We now see a more complex W-shaped recovery, in place of our previous assumption of an asymmetric V," said Morgan Stanley, sticking to its expectations for the euro area economy to recover to pre-pandemic levels in the second quarter of 2022.

Citi economists, meanwhile, said they expected the U.K.'s GDP to shrink by over 4% between October and December. "More protracted national lockdowns cannot be ruled out," Citi said in a note.

"With virus risks still likely to persist until Q2-2021, we expect output to remain more than 11-13% below Q4-2019 levels until then, with local restrictions and an acute behavioral response weighing sharply (alongside Brexit). The risk of more permanent effects is also growing," the economists wrote.