Be it in Paris or California, gig economy workers fear they can no longer survive 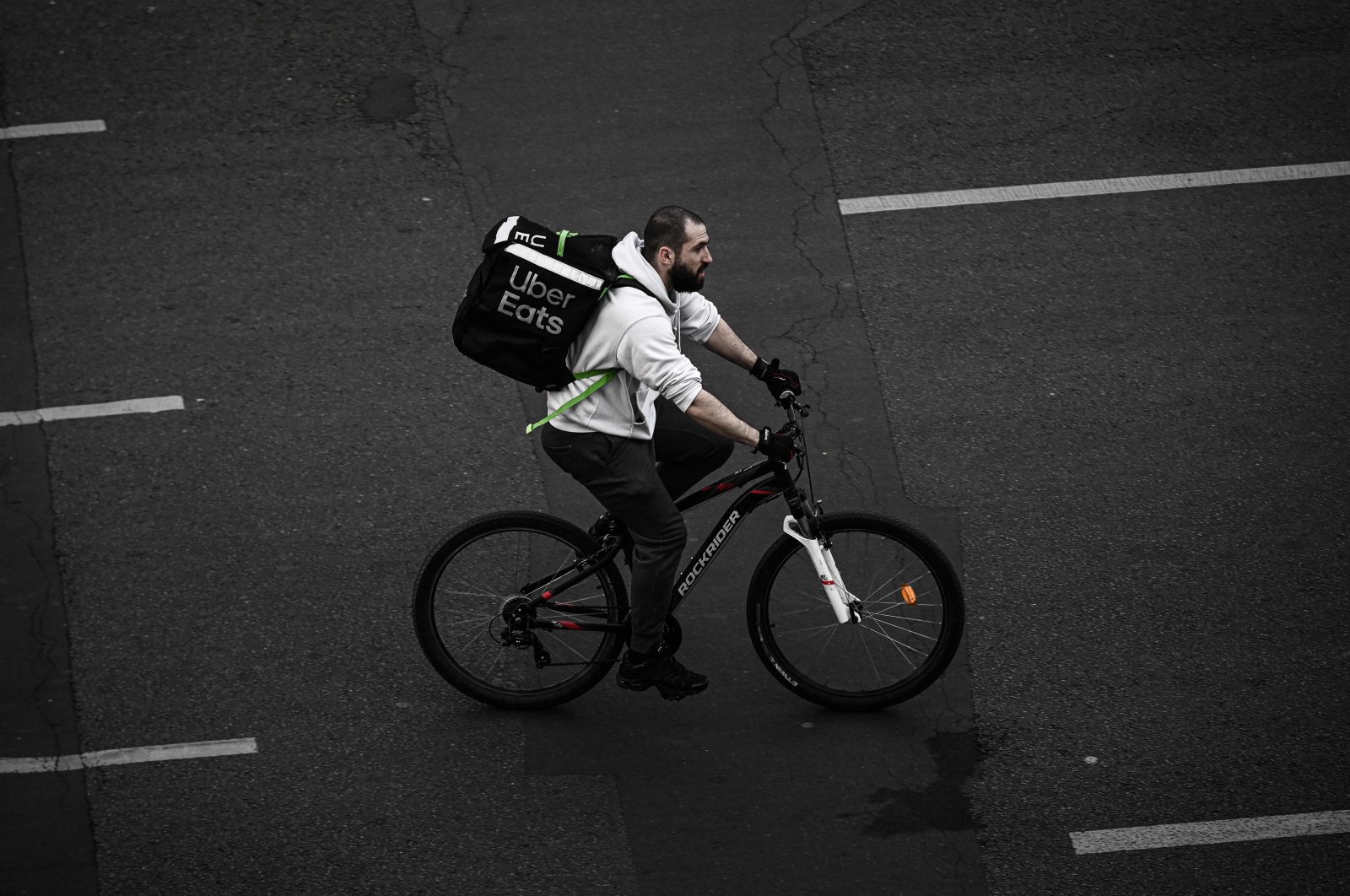 Whether in Paris, Kuala Lumpur or California, gig economy workers fear they can no longer survive on meager earnings from jobs that leave them increasingly vulnerable.

The term “gig” stretches back a century to jazz musicians who used it to refer to a one-off show, but now the “gig economy” involves millions of people in all sorts of jobs, from Uber drivers to Deliveroo delivery teams.

Wissem Inal travels more than 700 kilometers (450 miles) a week on his scooter, delivering up to 10 takeout meals in the Paris suburbs every evening.

Inal has trouble seeing the “good side” of his job at the moment and criticizes calculations by Deliveroo's algorithm that decide how much to offer him for jobs.

“A delivery that’s worth six euros at noon is worth just three euros in the evening. You can't earn a living with this job, unless you're willing to live like a slave.”

He recently joined an association of gig delivery drivers that seeks to improve working conditions.

“We should be able to defend ourselves,” he maintains.

‘Flexibility’ or ‘on demand’?

When Erica Mighetto began driving with Lyft three years ago, “I just loved it,” she said.

Her grown son had left the house and she thought it would be a great move until she found a job in bookkeeping or property management.

“I really enjoyed, you know, choosing my own hours,” she told the Agence France-Presse (AFP). “I thought life was good.”

Mighetto lived in Sacramento but would drive more than an hour to the San Francisco area on weekends because there was more work in the richer towns.

She slept in her car or shelled out $25 for a room.

She finds the algorithms opaque and pernicious.

“So it knows me personally,” said Mighetto. “And the bonus offers were changed, you know, based on what I was willing to accept.”

To get enough jobs and claim the bonus, drivers would accept lower fees.

“You’re in this like, vicious cycle black hole,” said Mighetto.

She does not buy the argument that gig work is flexible.

“I personally call it on-demand work ... there’s no flexibility – you have to work when there’s demand. You're going to work late nights, long weekends and every single holiday.”

In the spring, she gave up driving for fear of catching COVID-19 but had to fight for unemployment benefits of $450 per week instead of the $167 paid to gig workers.

She received a $600 per week supplemental federal benefit that the U.S. introduced as part of its COVID-19 stimulus measures, but it ran out after four months.

Mighetto is bitter about a California referendum – backed by Uber – to overturn a state law that would have forced gig firms to recognize their drivers as employees and pay them minimum wages and benefits.

California voters approved the measure with 58% of the vote.

“We shouldn't be stripping workers of basic labor protections so people can get cheap rides,” she said.

“That’s the equivalent of $11 an hour, that’s too little,” said Gutekunst.

“My personal minimum is $18 an hour. I often make more than that, because I have a strategy.”

Part of it is to be selective and focus on western Los Angeles and the beach towns of Marina Del Rey and Santa Monica.

But mostly it consists of playing different platforms off against each other.

Gutekunst’s job acceptance rate for DoorDash was 12% that day, but he said it can often be just 2%.

“To make decent money ... you really have to juggle, to play with all the offers to make your living.”

Amal Fahmi, 24, keeps his eye glued to his cellphone and the Grab delivery app popular in Southeast Asia.

He is one of many Malaysians who make a living delivering food, medication and shopping by motorcycle in Petaling Jaya, an affluent suburb of Kuala Lumpur.

Before COVID-19 hit, he was a driver for Grab in Johor, southern Malaysia.

“I could easily make a comfortable living. But after the virus outbreak, life became tough as many people lost their jobs and my income was reduced,” Amal told AFP as he waited outside a department store for his ninth order of the day.

Given the bleak prospects in Johor, he headed to the capital.

“There were no job opportunities in my home town as I lack academic qualifications,” he explained.

Amal earns a little more than $700 a month if he puts in long hours. That day he reached his daily average of $27 after a grueling 14 hours.

“Look around, there are so many of us doing delivery. It is getting tough,” he said.

Amal would prefer a steady job but does not completely regret the path he has chosen.

“What motivates me is I am the boss ... I can manage my time and most importantly, no one scolds me,” he laughed.